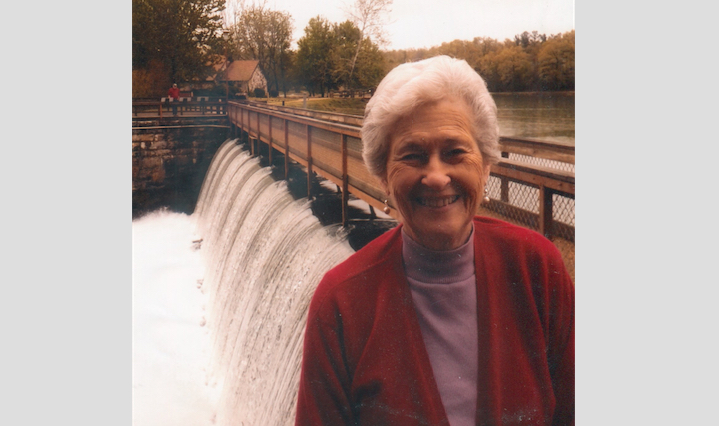 Joanne was born at Pleasant Site, outside of Red Bay, Alabama.

She departed this life Oct. 22, 2020, at The Village at Cook Springs, Cook Springs, Alabama. She had suffered continuing decline from dementia for several years, and this past summer fought through Covid. She had recovered and was showing great improvement the last several weeks of her life. She was able to shout “Roll Tide and Go Alabama” just a week ago.

She grew up in Red Bay. Her dad was a farmer and her mom taught school. She had an older brother, Bill, whom she idolized. She graduated Red Bay High School in 1945, and enrolled in Florence State Teachers College (now UNA). She graduated in 1948 and began a teaching career that spanned over 33 years.

At Florence State Teachers College, she met and married Randall Goggans. In 1951 they had a daughter, Suzanne (Suzy). Randall died in 1969. In 1971, Joanne married Rev. Jerrold Parker, a Baptist pastor with 4 children, the youngest being 4 years old. At age 41, Joanne took on the new role of pastor’s wife. She continued as a teacher until retiring in 1986. In 2006, her beloved daughter Suzy died after a long and devastating bout with cancer. Joanne continued as a pastor’s wife until Jerrold’s passing in 2008.

She is also survived by Dennis Parker (Patsy), Michael Parker (Carol), DeAnna Parker Dew, all of Birmingham, Alabama, and Deborah Parker Roberts of Montgomery, Alabama. She is survived by 4 children, 10 grandchildren, and 16 great grand children.

Masks and distancing requested. Thanks.