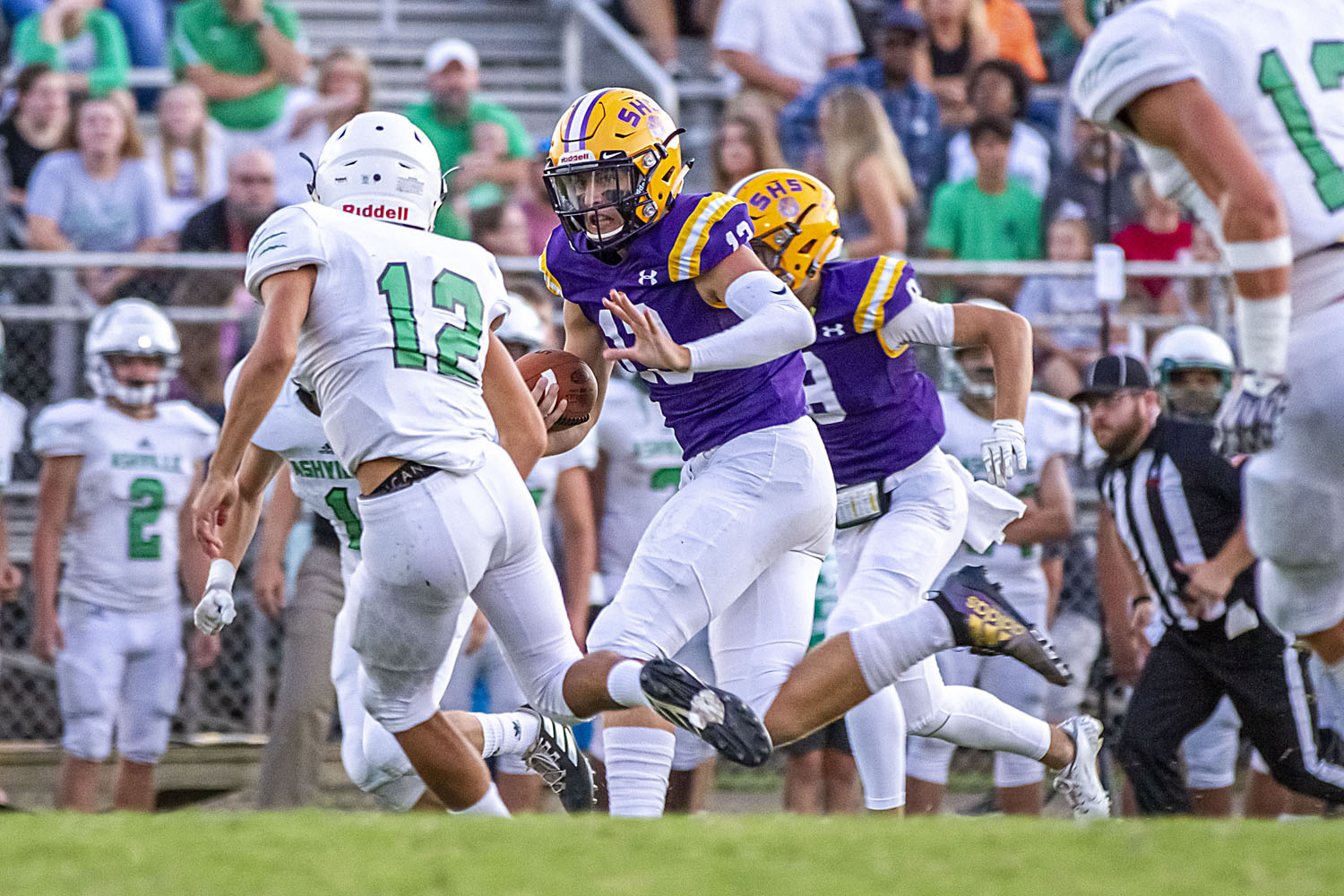 Springville quarterback Pearson Baldwin runs the ball during a home game in 2019. Photo by Ron Burkett

SPRINGVILLE — Pearson Baldwin was brilliant last Friday night in Tiger Stadium, as he lassoed his second Tribune Player of the Week award this season.

It was perhaps his final outing in the purple and gold, and if so, he capped off a stellar career with a game-winning touchdown pass. His final heave traveled 16 yards to tight end Ben Bianchi, giving the Tigers a 35-34 lead over Arab with 1:16 remaining.

The home crowd cheered, the defense held and Springville (4-5, 2-4) ended its first season as a Class 6A school with a 1-point Region 7 victory.

“I was able to find my big tight end who I can rely on every single time, he just went up and caught that thing,” said Baldwin of the go-ahead rip to Bianchi.

At the end of the night, Baldwin went home with 343 offensive yards and five scores. The dual-threat righty completed 20 of 31 passes for 204 yards and the game-winning TD to go with another 139 yards rushing and four scores.

“We were just trying to find things that worked, it just seemed like every time I was able to get loose, I was able to score,” said Baldwin following the win.

The senior quarterback also earned player of the week honors following a 281-yard, three-touchdown performance against St. Clair County on Aug. 28. He is the first two-time recipient of the award.