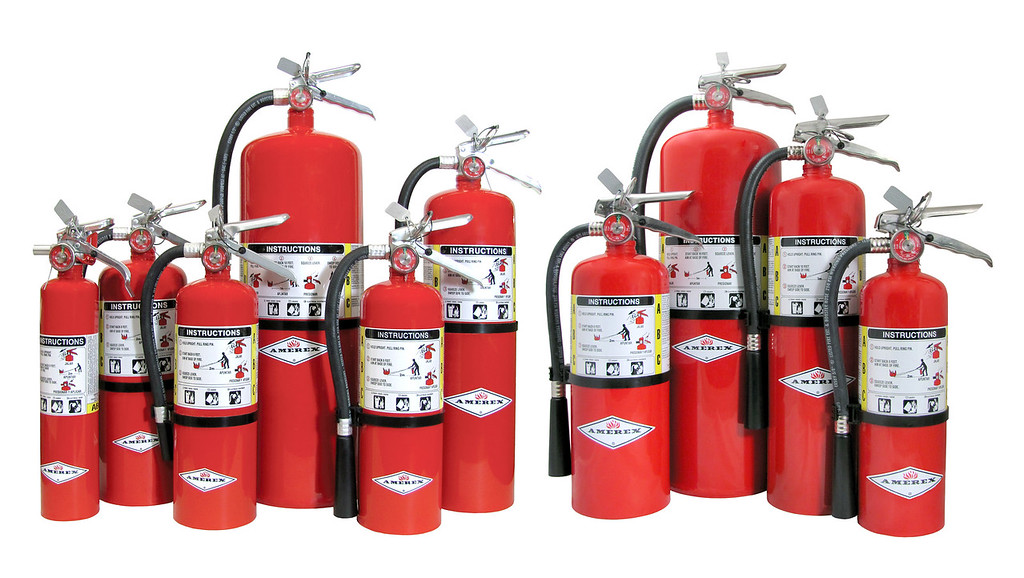 Amerex Corporation is a ‘mainstay’ in the Trussville community

Amerex Corporation is the world leader in the manufacturing of portable fire extinguishers, and they are located right here in Trussville. Founded in 1971 by Ned Paine, Amerex has had a multi-generational impact when it comes to employment, with nearly 500 people working at the Trussville plant.

“It’s not uncommon to run across people that are celebrating and recognizing their 15th, 20th, 25th, 30th, and even 40th anniversary,” Director of Training and Continuing Education David Rice said. Rice has been with the company for 12 years. “It’s a place where people come and stay for a length of time. It’s also not uncommon to see multiple generations of people of the same family all working there. So, it really is huge when it comes to not just an employer, but also a kind of family employer. Of course, that goes both directions. Not only do we get the benefit of a real strong employment base, but we also are able to provide jobs. We do have a very reciprocal relationship there.”

Rice said it is no coincidence that the Amerex factory is located across the street from Paine Elementary and Paine Intermediate School.

“The elementary school and the middle school both have the name Paine on them. Well, there’s a reason,” he said. “That’s because (Ned Paine) was where the land and a large portion of the cash came from for the construction of the schools. That’s just one example of where the Paine family did give back in large part to the community. There are so many different things that were done throughout the era where Ned Paine owned Amerex that just really were extremely supportive and really created and fostered that kind of family atmosphere.”

While Amerex fire extinguishers are used throughout the world, the company only manufactures product from its Trussville plant.

“This is not just me speaking, but also many attendees I have in my classes will attest to the same thing, that it is without a doubt the best unit, and it is made in Trussville,” Rice said. “It’s manufactured right there; it’s not just a U.S. thing, but an Alabama thing. There’s a lot of pride wrapped up in that.”

Like many businesses, Amerex faced challenges from the COVID-19 pandemic, but they rose to the challenge. The company developed new digital services and launched a new web store, making it easy for Amerex to continue meeting their customer’s needs.

“Like other businesses, the pandemic has made it difficult to visit customers,” Marketing Manager Susan Ray said. “The web store puts information conveniently at their fingertips. It also allows them to order at their convenience.”

“We had done very little online or virtual training prior to March of this year,” he said. “When I say very little, there were a couple of occasions where I would do an international class by way of the internet. Sometimes, if we did a product rollout that needed to have a training component with it also, then, in a lot of cases that would be done virtually, but it was just one of those things that we did to augment the in-person classes.

Until March, Rice taught in-person classes internationally almost weekly. Little did he know that his travels would come to an abrupt stop.

“The last class that we did for this year was in Las Vegas, in conjunction with a trade show,” he said. “I did not know at the time that would be the last one we would do for the year, but within about 10 days, I was able to transition to completely a virtually-delivered class. The curriculum is virtually the same. It really changed very little. The only thing that really changed was now people are watching me on a computer screen rather than sitting six tables back on the right, or wherever they happen to be.”

The virtual classes turned out to be a blessing in disguise, not only for Rice and Amerex, but for those attending his classes, as well.

“One of the things that I have found from a delivery and educational standpoint that I like a lot is exactly what I just mentioned,” he said. “Now everybody has a front row seat. It’s been really kind of a boom from that perspective, just simply because I’m able to deliver the content more clearly. It was met with more of a positive response than I would have ever imagined. It has had so many positives on the complexion of the training aspect just simply because of things that I can do now that we couldn’t do before. It’s fantastic.”

Rice said that he was surprised at how well the virtual classes have been received, especially due to the tactile nature of the lessons.

“Largely, the people that are attending my classes are very tactile learners and a certain amount of hands-on is necessary for them,” he said. “Well, we’ve been able to duplicate that with the efforts of another couple of colleagues at Amerex. We’ve been able to get parts and pieces in the hands of the people that are at the various different remote locations so they can kind of follow along with the actual parts that I would normally be showing them on a computer. They actually have one there in their hand. That part was logistically interesting to get worked out, but with a couple of the support people that we have in Trussville, as well as our product managers that we have in Trussville, we have all pulled together and made that really kind of a seamless transition.”

While originally founded by Paine, Amerex was later acquired by McWane, Inc. During that time, Ned Paine remained on board to make the transition as seamless as possible. Rice said that under the ownership of McWane, Amerex has maintained its close, family-like quality.

“I hesitate to use that term because it does get overused a lot, but truthfully, there is a very nice, cozy feeling to being part of the family,” he said. “That has been maintained, in large part, even after we transitioned to part of the McWane group.”

Over the years, Amerex has received many awards, recognitions and accolades, including ISO and OSHA approvals, and while the Trussville location is the main manufacturing facility, they also have distribution centers in New Jersey, Chicago and Los Angeles.

Despite its global outreach, however, what truly makes Amerex special is its roots in the Trussville community.

“Amerex has been a mainstay of the community for years,” Rice said. “Even before I knew what Amerex was – I had never heard of the company before I was offered a job there, which I know sounds kind of weird – people used to wait for openings to come up so they could work there. It used to be said that people don’t really ever leave Amerex – they just eventually die and then somebody else moves in – because people came and stayed forever. It was just because of the company, itself.

“Having said that, I don’t see that changing. I fully expect Amerex to remain a mainstay of the community for years into the future, just simply because business is still great. We’re still going ahead, full steam. So, most definitely, it’s going to be an entity that is going to become part of an icon of the community. It already is to a large degree, but certainly that’s not going to change.”