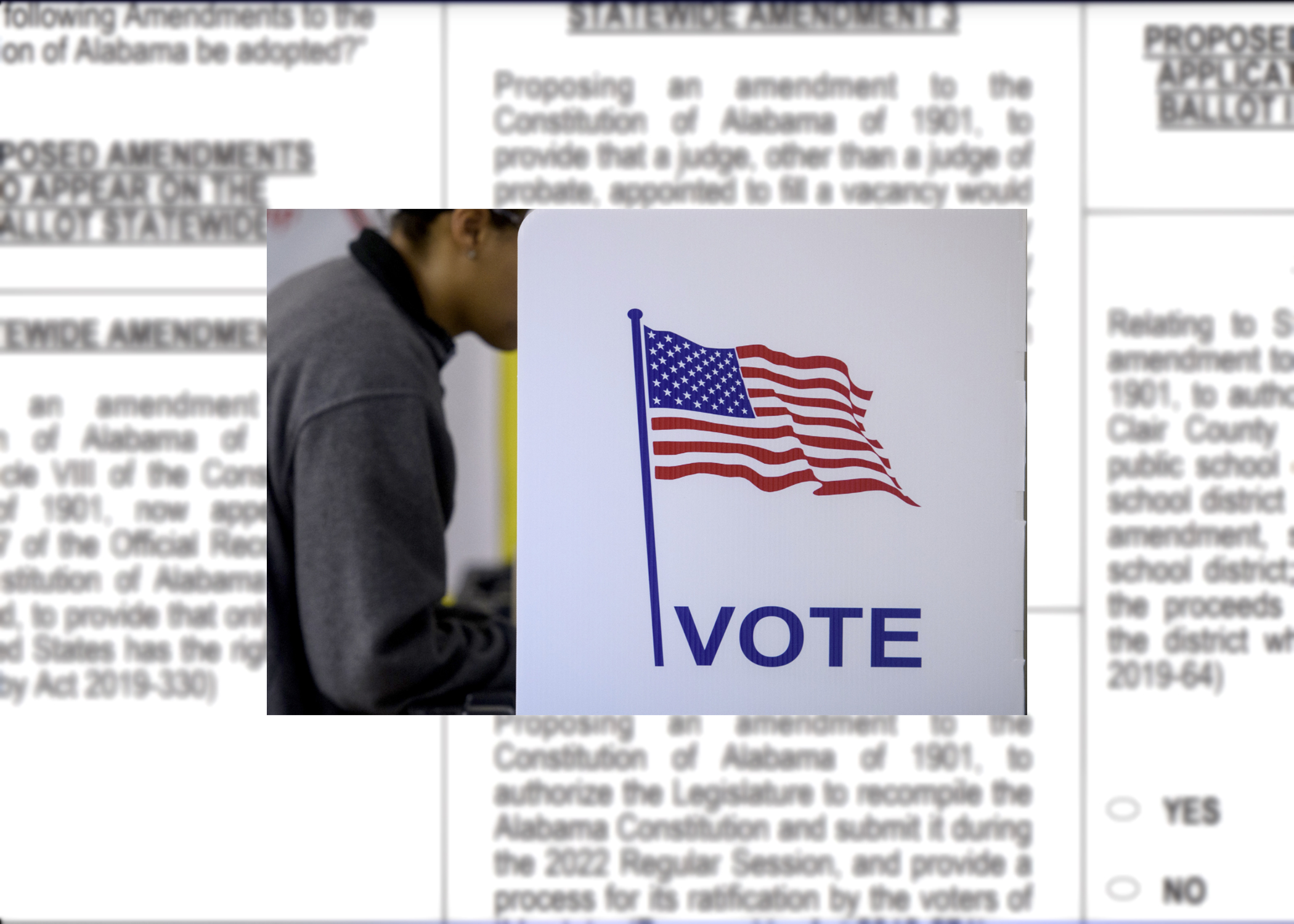 MONTGOMERY, Ala. (AP) — The final day of in-person absentee voting in Alabama brought long lines, accusations of voter suppression and unsettled questions over the fate of some votes after a court fight temporarily altered ballot requirements.

A record 259,000 Alabamians have voted by absentee ballot so far this election amid pandemic rules and a push for early voting, and the number is expected to grow as the final votes come in. That is nearly three times the state’s previous record for absentee voting.

Voters in Tuscaloosa County have waited in excessively long lines, the Alabama Democratic Party said Thursday with one voter waiting five hours without getting in the courthouse and another had to leave before casting a ballot after waiting four hours in line.

“No voter should have to wait in line for hours to exercise their rights. We should leverage every tool we have to make voting easier, not harder,” Wade Perry, executive director of the Alabama Democratic Party.

“This is evidence that your office is not competently managing its absentee election rules,” attorney Adam Plant wrote. “No voter should face such an undue burden on their fundamental right to vote during a pandemic.”

Bobo could not immediately be reached for comment. But she told the Montgomery Advertiser that her office was working diligently to process the flood of absentee ballots.

The letter also cited Facebook comments from Bobo family’s members, who were helping with absentee ballot processing, that called voters unappreciative, stupid and classless for complaining about the long wait times. She said that her family members had volunteered and that the posts had been taken down.

Another outstanding question is the fate of absentee ballots that might have been caught up in a court battle over witness requirements.

A federal judge in September said voters with health concerns could be exempt from absentee ballot witness and notary requirements because of the health risks of interaction during the COVID-19 pandemic. The state appealed and the 11th U.S. Circuit Court of Appeals blocked the ruling on Oct. 13.

County officials said they are trying to contact voters who might have returned their absentee ballots with the waiver that is no longer valid.

The county said it stopped mailing out waivers on Oct. 13

Alabama Secretary of State John Merrill said voters who have concerns about whether their vote was properly filed should contact their local absentee voting office.