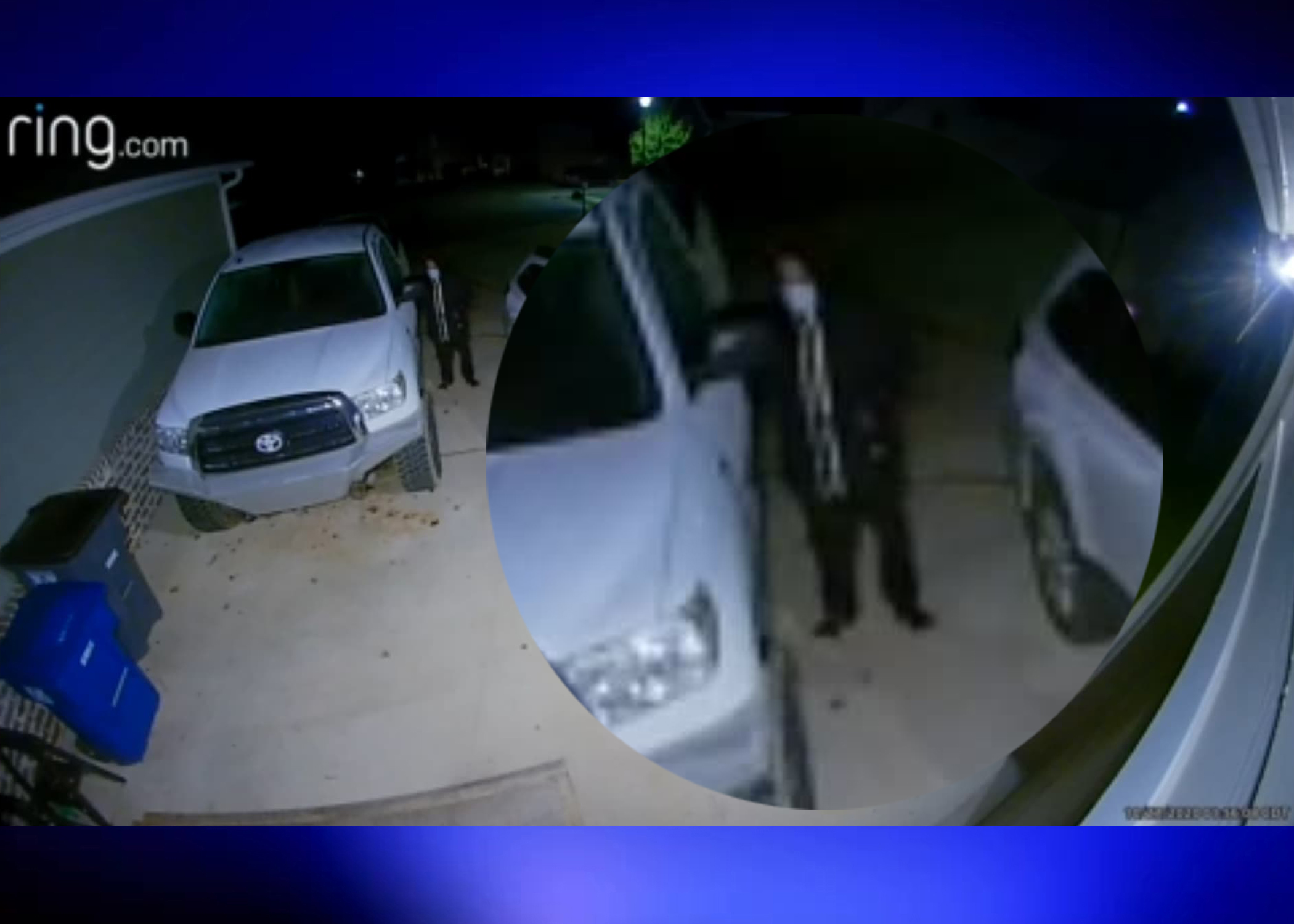 TRUSSVILLE — The Trussville Police Department is investigating after overnight vehicle break-ins in Stockton, on Monday, Oct. 26, 2020. The department released a video of one incident in hopes of someone recognizing the perpetrator.

Investigators said guns were stolen from at least two vehicles between 6:30 p.m. Monday and 7 a.m. Tuesday.

A Kel Tech .22 WMR was stolen from an unlocked truck parked at a home on Knoll Lane. Cards and cash were also taken from the truck and the owner said someone tried to use his cards at a Citgo service station in Birmingham.

On the same night, a Glock 9 mm handgun was taken from an unlocked car on Jayden Drive. The vehicle owner told police his gun was locked inside a glove box, but that someone pried open the glove box and took the firearm. He told officers his neighbor’s cameras captured someone in his driveway at 2 a.m. The person was wearing a hoodie and a mask.

In the video, you can see one person opening the door of an unlocked truck and rummaging through the inside of the truck.

Police urge residents to lock their vehicles and to remove all valuables, especially firearms, from unattended vehicles.

If you have information on the thefts, you are asked to call the Trussville Police Department at (205) 655-2101.