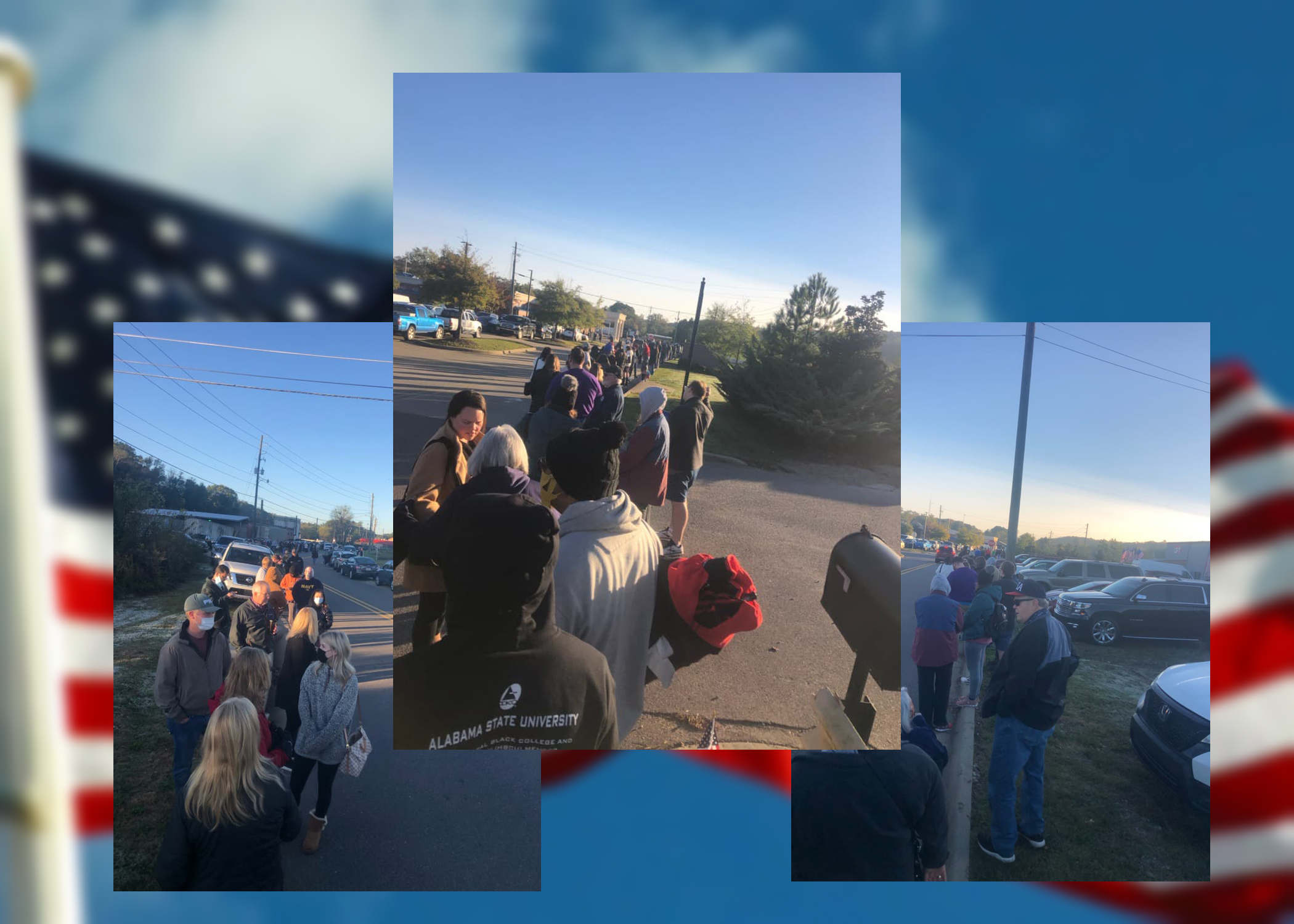 Lines at voting polls are long and growing in Trussville, surrounding areas

TRUSSVILLE — The polls are growing as people line up to cast their ballot in the Nov. 3, 2020, General Election.

Voter turnout is expected to be record-breaking as President Donald Trump faces off with Joe Biden in the Presidential Election.

People in Trussville started lining up at 5:30 a.m. at First Baptist. Over at City Hall, the line had already grown down Railroad Avenue, nearly reaching Kemp’s Kitchen by 8:30 a.m.

Mayor Buddy Choat said he estimates the time to get through the line at First Baptist was about 45 minutes.

“The line is really long but they have such a big space on the inside, they’re letting people come in and line up along the hall,” Choat said.

Choat said he has never seen lines this long at polling places in Trussville.

Those who are 70 years of age and older or disabled persons can go to the front of the line in Trussville by notifying a poll worker. The Trussville Police Department is also escorting the elderly and those with disabilities to the polling site using golf carts.

In Springville, Mayor Dave Thomas said the parking lot is full and the lines are long.

The show of voter turnout is a sign that many voters are passionate about this race and the future of America. Secretary of State John Merrill said there has already been a record-breaking number of absentee ballots cast in this election.

In Alabama, the Senate race has been hot with Republican Tommy Tuberville taking on incumbent Democrat Doug Jones for the Senate seat.

There are also six statewide amendments in Alabama and a special district option amendment for St. Clair County voters.