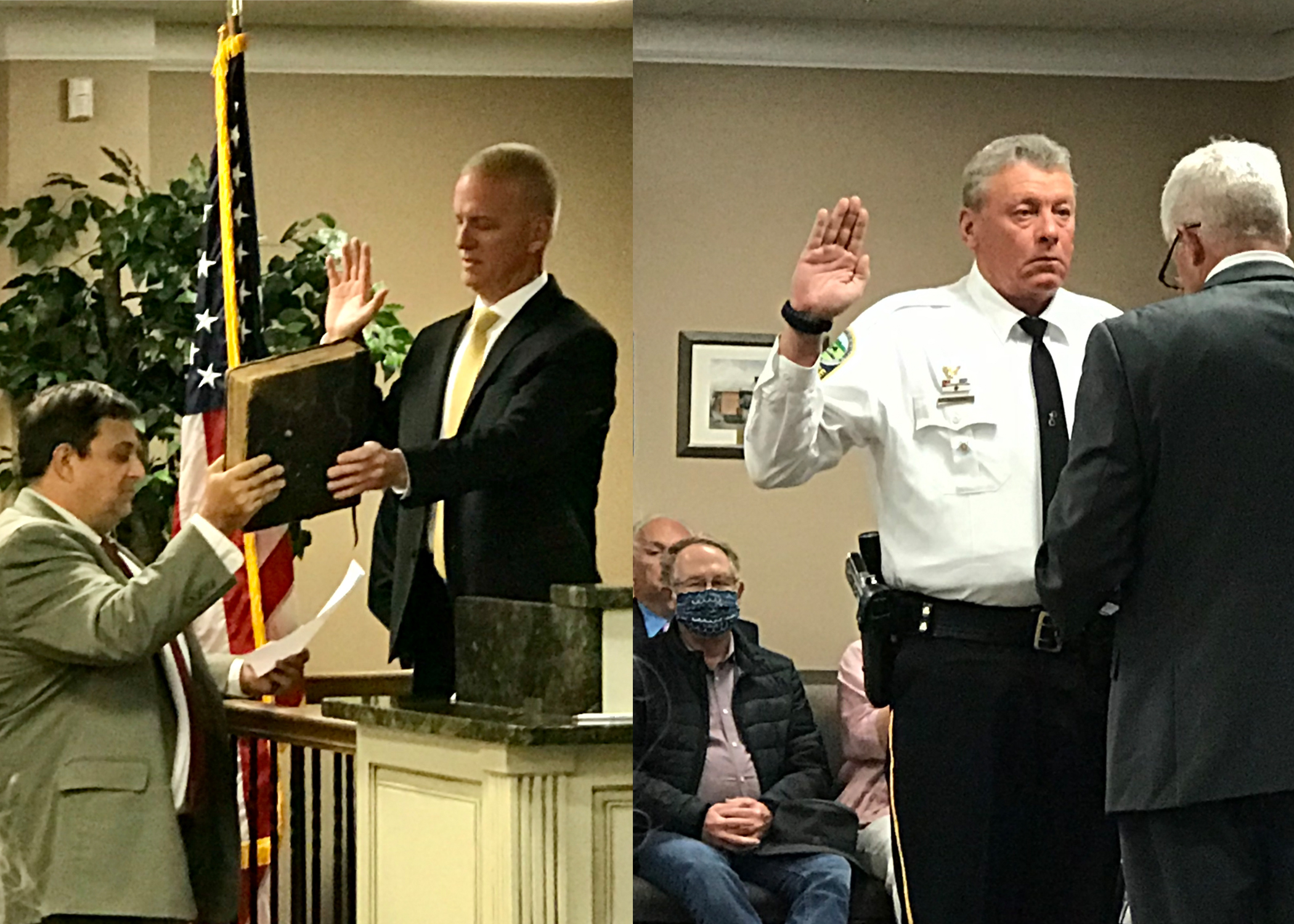 “Mr. Russell is the same gentleman who was twice removed from this city council chamber by the prior administration,” said Thomas. “So, I felt it was very important, to me and the citizens, to send a message to involve locals and especially to those who are committed to being involved in the city government.”

After he officially took his seat as Mayor, Thomas began leading the council through the process of officially appointing members of his staff. Although not required to seek a vote of the council for his staff, Thomas brought each new position up for a vote.

Councilmember Wayne Tucker was unanimously appointed Mayor Pro Tempore. In that role, he will fill in for the Mayor if Thomas is unable to be present. Tucker currently represents District 3 in Springville.

Thomas also appointed former Trussville City Clerk, Lynn Porter, to serve as the clerk for Springville. Porter was replaced in Trussville by Dan Weinrib who previously served in the same role for the City of Tarrant. The position in Springville is part-time.

Charlie D. Waldrep was appointed as the new city attorney, replacing James Hill who served the city for many years. Waldrep is a partner in the Birmingham firm Waldrep, Stewart & Kendrick and was Chief of Staff for former Alabama Governor Jim Folsom Jr.

Council members did not vote in support of the change but agreed that Mayor Thomas can appoint his team without a vote of consent from the council.

Mayor Thomas expressed his desire to build his own leadership team. “Historically, it’s been simply a mayoral hire. But wanting to include the council. and make a little change from the last 12 years, I am looking for that vote. But that will be okay, we’ll move on down the agenda.”

Lee Barnes was appointed as City Judge. The appointment of Lance Bell as Public Defender was tabled in order to follow precedent and allow the Judge to make the appointment.

Chief Richard Harvey was reappointed as Fire Chief for the city. Chief Harvey, who has worked in Springville for 35 years, was praised for his previous leadership and especially for leading the initiative to create storm shelters in the city.

Lt. Wayne Walton was appointed as the new Chief of Police replacing outgoing Chief Belinda Crapet. Walton was sworn-in and will assume the position immediately.

Mayor Thomas introduced a resolution appointing Jeff Martin to lead the city’s Parks and Recreation replacing current Director Ashley Hay. Thomas also proposed moving Hay to the position of Executive Assistant to the Mayor at the same time. Martin previously ran for a position on the Council and was defeated in the runoff elections last month.

After expressing some concern about the appointment, the Council moved into Executive Session to discuss the resolutions which had not been on the agenda for the meeting. During the private session, some members of the crowd in attendance expressed surprise over the proposed changes. Hay has been popular with many in Springville and has brought in grant money to improve many of the facilities.

Councilmember David Vinson, who represents District 2, commented “She’s been an outstanding asset to the city. Ashley is one of the sharpest young professionals in the state.” Vinson reiterated his appreciation for the Mayor including the council in the process and expressed a hope that Mayor Thomas would reconsider moving Hay out of the Director role with Parks and Recreation.

The proposed changes were tabled to the next council meeting on November 16.