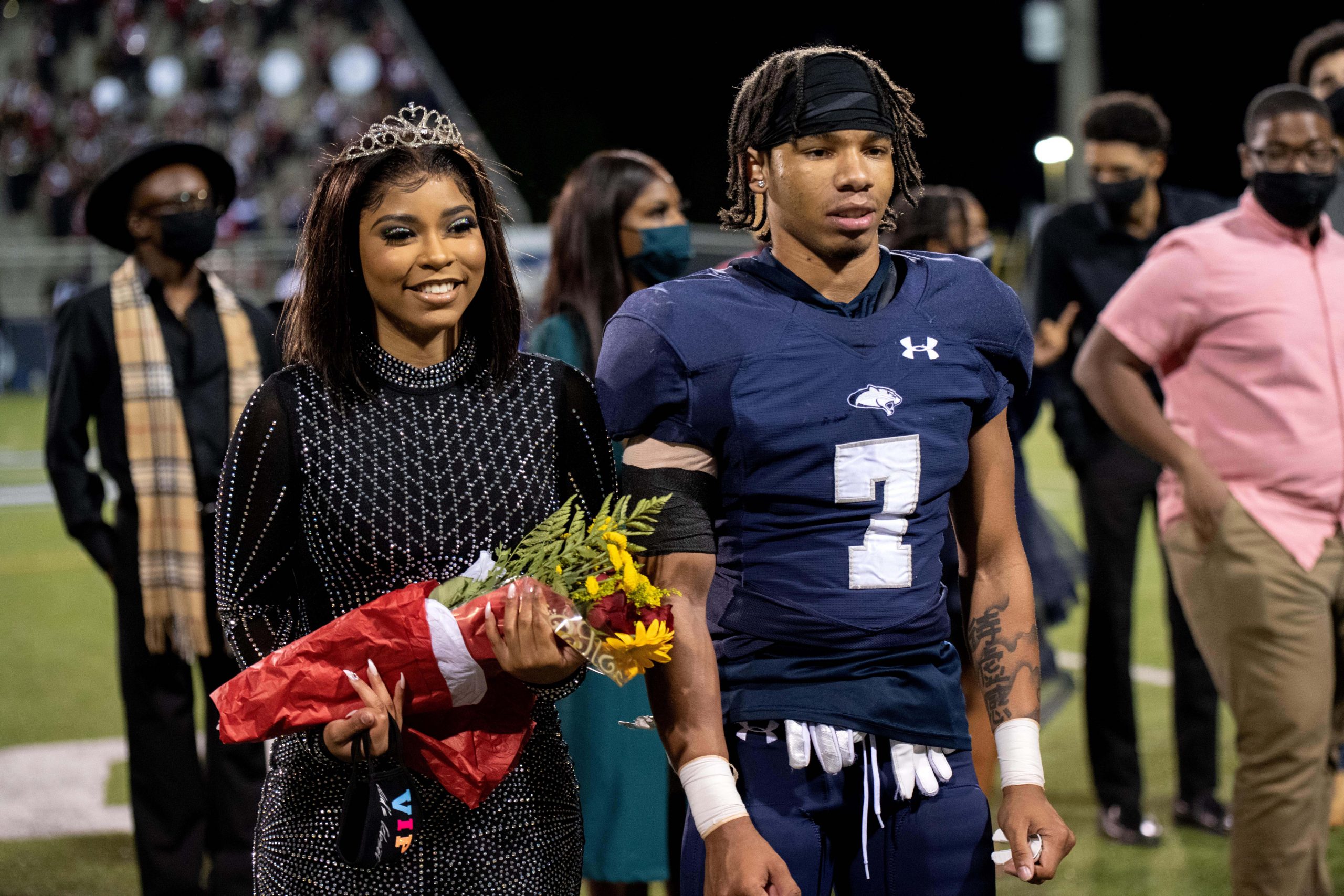 For the first time of the year, the Tribune Player of the Week recipient earned the award with tackles and coverage, instead of yardage and touchdowns. Clay-Chalkville defensive back Kameron Peterson turned the tide this week thanks to a timely interception in the Cougars’ homecoming win over Oak Mountain last Thursday night.

The senior grabbed the game-winning interception as Oak Mountain attempted to tie things up in the final seconds. Trailing 21-14, Eagles quarterback Evan Smith slung a deep pass to the end zone where Peterson tipped it away, kicked it back into the air and eventually gathered it for an interception at the Clay-Chalkville 1.

The Cougars took over on offense with only 26 seconds remaining.

“That was very exciting,” said Peterson, who also accepted the crown of homecoming king at halftime. “Just knowing that we just won the game and the offense could ice it… it was good to do that for the team and seal a great team win.”

Peterson has played a major role on a Clay-Chalkville defense that allowed 17 points per game throughout the regular season. The entire Cougar defense earned Tribune POW honors for a dominant Week 6 showing at Mortimer Jordan.

The seventh-ranked Cougars (9-1) will host Southside-Gadsden (7-3) this Friday night in the first round of the Class 6A playoffs.