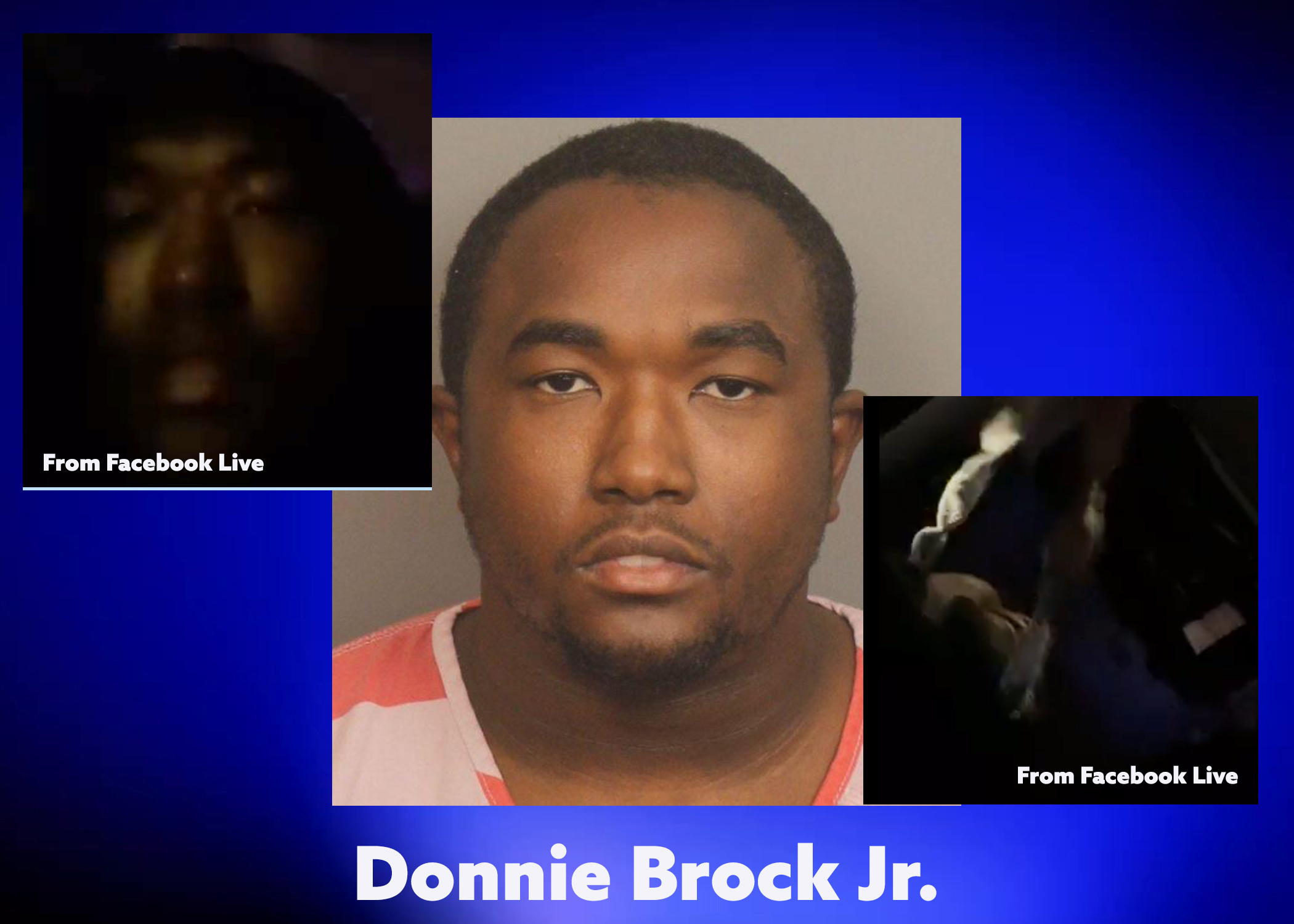 Suspect was on Facebook live during police chase through Birmingham, Vestavia and Hoover

BIRMINGHAM — A man arrested after a multi-jurisdiction chase and shooting has been identified by police.

Brock allegedly live-streamed part of the chase on Facebook live and he is heard in the video saying he is on a “joyride” in a cruiser. He was referring to a Jefferson County Sheriff’s Office cruiser that was taken during the incident in the early morning hours of Nov. 1, 2020, according to Birmingham Police Officer Truman Fitzgerald.

An East Precinct officer observed the suspect’s vehicle and a pursuit ensued, according to a statement released by law enforcement.

“During the initial pursuit, the suspect began firing shots at the officers involved in the pursuit,” Fitzgerald said. “The pursuit ended in the 1200 block of Arkadelphia Road when the suspect’s vehicle became disabled.”

According to Fitzgerald, the suspect began firing shots at civilians in another vehicle.

“A male and female were struck by gunfire,” Fitzgerald said. “Birmingham Fire and Rescue transported those victims to UAB Hospital.”

“The suspect then became involved in a short standoff in the roadway of 1200 Arkadelphia Road,” Fitzgerald said. “During the standoff, the suspect gained control of a Jefferson County Sheriff’s Office’ (JCSO) patrol vehicle. The suspect then fled in the JCSO vehicle.”

“How you do, Bessemer?” he said in the video. “Y’all want to join the game, Bessemer? Heading your way next.”

The pursuit traveled through multiple jurisdictions including Birmingham, Vestavia, and Hoover. The suspect’s vehicle was disabled in the 2800 block of John Hawkins Parkway. The JCSO vehicle was badly burned during the incident.

Brock was booked into the Jefferson County Jail with no bond.

During the incident, a Birmingham Police Officer fired his weapon but no one was hurt. The circumstances surrounding the officer’s fired weapon are under investigation by the police department’s Internal Affairs Division.