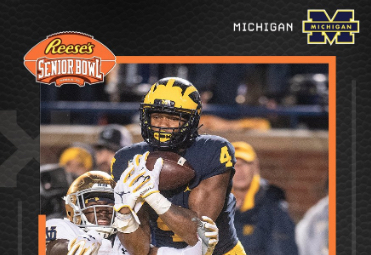 MOBILE — Former Clay-Chalkville receiver Nico Collins has accepted his invitation to the Senior Bowl in Mobile.

The annual all-star college football exhibition features prospects for the upcoming NFL Draft and matches them up on “North” and “South” teams. Next year’s contest is scheduled for Saturday, Jan. 30, 2021 at Hancock Whitney Stadium in Mobile. The game will be televised by the NFL Network.

Collins declared for the NFL Draft back in September, taking him off the field for his senior season at Michigan. The former all-state receiver and Class 6A state champion at Clay-Chalkville caught 37 passes for 729 yards and seven touchdowns for the Wolverines last season.

He caps off his college career with more than 1,300 yards receiving and 13 scores.