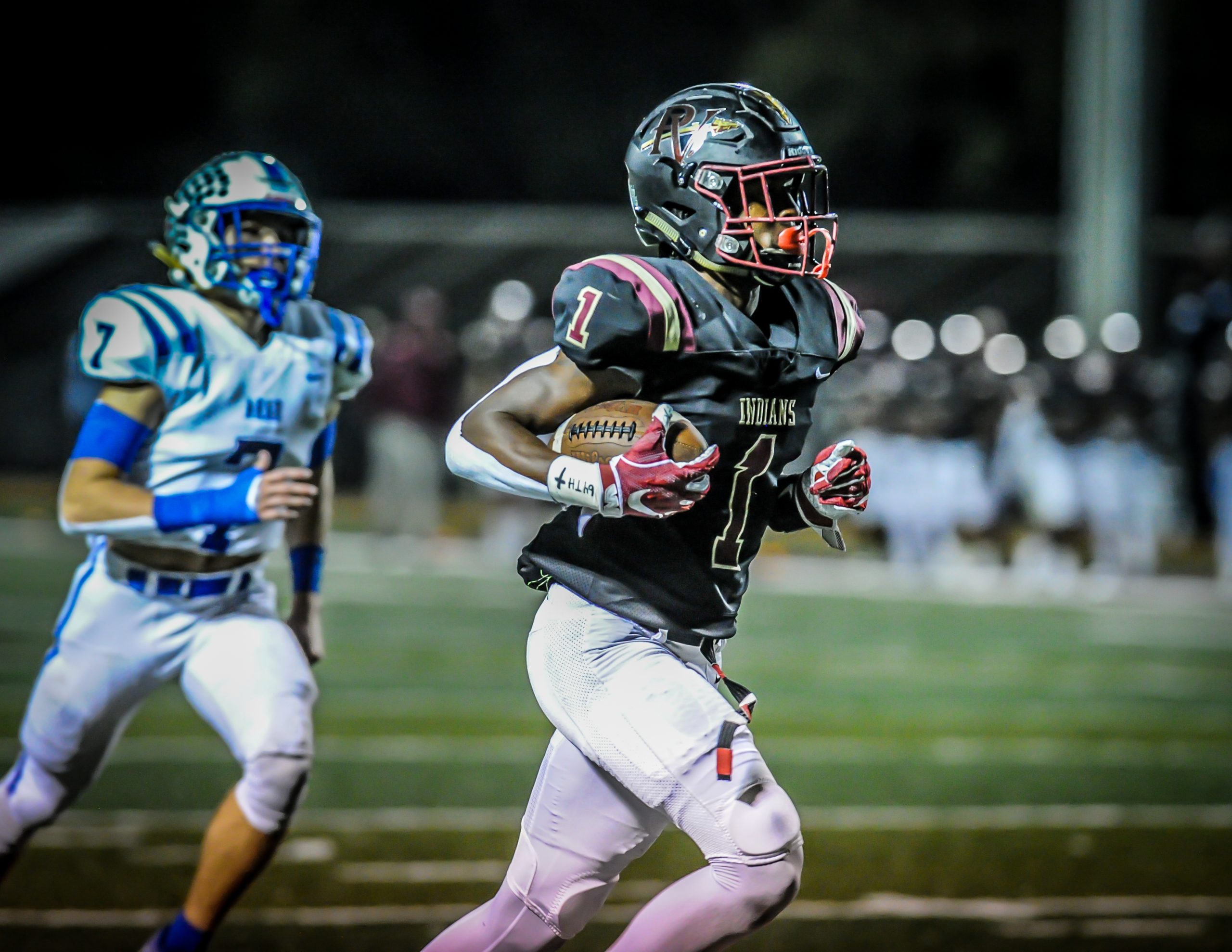 Pinson Valley senior Ga'Quincy McKinstry (1) runs in one of his four touchdowns against Arab on Nov. 6, 2020. Photo by Vickie Unlap (fodaction.com)

PINSON – He wanted to live up to the hype, and he did.

Pinson Valley senior Ga’Quincy McKinstry, in his first game back since committing to Alabama on Oct. 25, led the third-ranked Indians to a decisive first-round playoff victory over Arab on Friday night at Willie Adams Stadium.

McKinstry broke loose for three offensive touchdowns and added a pick-6, as Pinson Valley opened up the Class 6A playoffs with a 45-0 win over the 4-seed coming out of Region 7.

“He (McKinstry) had a complete game: offense, defense, and we even tried to get him loose on special teams,” said Pinson Valley head coach Sam Shade.

“When you commit to the University of Alabama, you really have to show that you deserve to be there, so I had that on my mind all game long and I proved it,” said McKinstry.

The 5-star senior found great rhythm with junior quarterback Zach Pyron, reeling in touchdown receptions of 34, 7 and 57 yards en route to a dominant home win. Pyron found him a total of five times for 113 yards.

The Tribe (9-2) was equally as impressive on the defensive side, holding Arab scoreless for the first time this year and yielding 129 yards of total offense. In 13 offensive possessions, the Knights were forced into nine punts, including eight three-and-outs.

McKinstry’s late-third quarter pick-6 set the final tally at 45-0. The senior pulled down a deep shot from Knights’ quarterback Aidan Cox and followed his blocking 75 yards to the end zone with 3:08 remaining in the third. 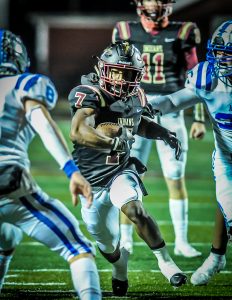 “My brothers were blocking for me; I really enjoy staying behind them and watching them block,” said McKinstry.

Pinson Valley’s first turnover was scooped up by James Perkins Jr. on Arab’s opening drive of the second half. The Indians took advantage of the turnover with a 74-yard touchdown drive to stretch the lead to 31-0 midway through the third. Jaquel Fells Jr. finished off the drive with a 12-yard touchdown scamper.

“I just feel like we played a complete game,” said Shade. “We talked to the offense about coming out and starting fast and it felt like we got that done.”

The Indians punched in their first points late in the first frame when Michael Sharpe Jr. shot 27 yards up the middle for a 7-0 advantage. Pyron then went to McKinstry from 34 and 7 yards out before Zaylen McCray connected on a 30-yard field goal to send Pinson Valley to the break with a 24-0 lead.

Pyron threw for 289 yards and three scores on a 16-for-29 effort. Sharpe accepted nine carries for 72 yards and a touchdown.

Up next for Pinson Valley will be a visit to Shades Valley, who advanced past Cullman on Friday night. The Tribe won its first game of the season on Aug. 28 in Irondale over the Mounties, 31-21.

“They gave us all we could handle that first game, they were up for parts of that game, so it’s going to be a battle and we’re going to have to go out there and play our best game,” said Shade.