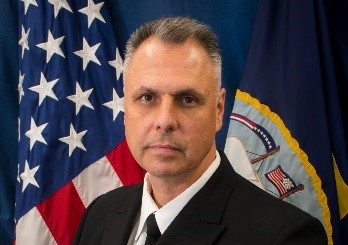 Markovich graduated from Andrews University in 1990 with a Bachelor of Technology degree in Aviation. After completion of Officer Candidate School, he was commissioned in Aug. 1995 and earned his wings of gold at NAS in May 1997.

Markovich supported Operation Southern Watch and Operation Enduring Freedom on two separate cruises during his first operational tour. He graduated from the Fighter Weapons School as a Strike Fighter Tactics Instructor in 2002 and served as the Standardization Officer at STRIKE, Naval Strike and Air Warfare Center.

The Club meets at 7 a.m. on Wednesday mornings of each month, usually through Zoom. For more information on the Trussville Rotary Daybreak Club, or to help with one of our projects, please email Diane Poole at dianepoole1225@centurytel.net.