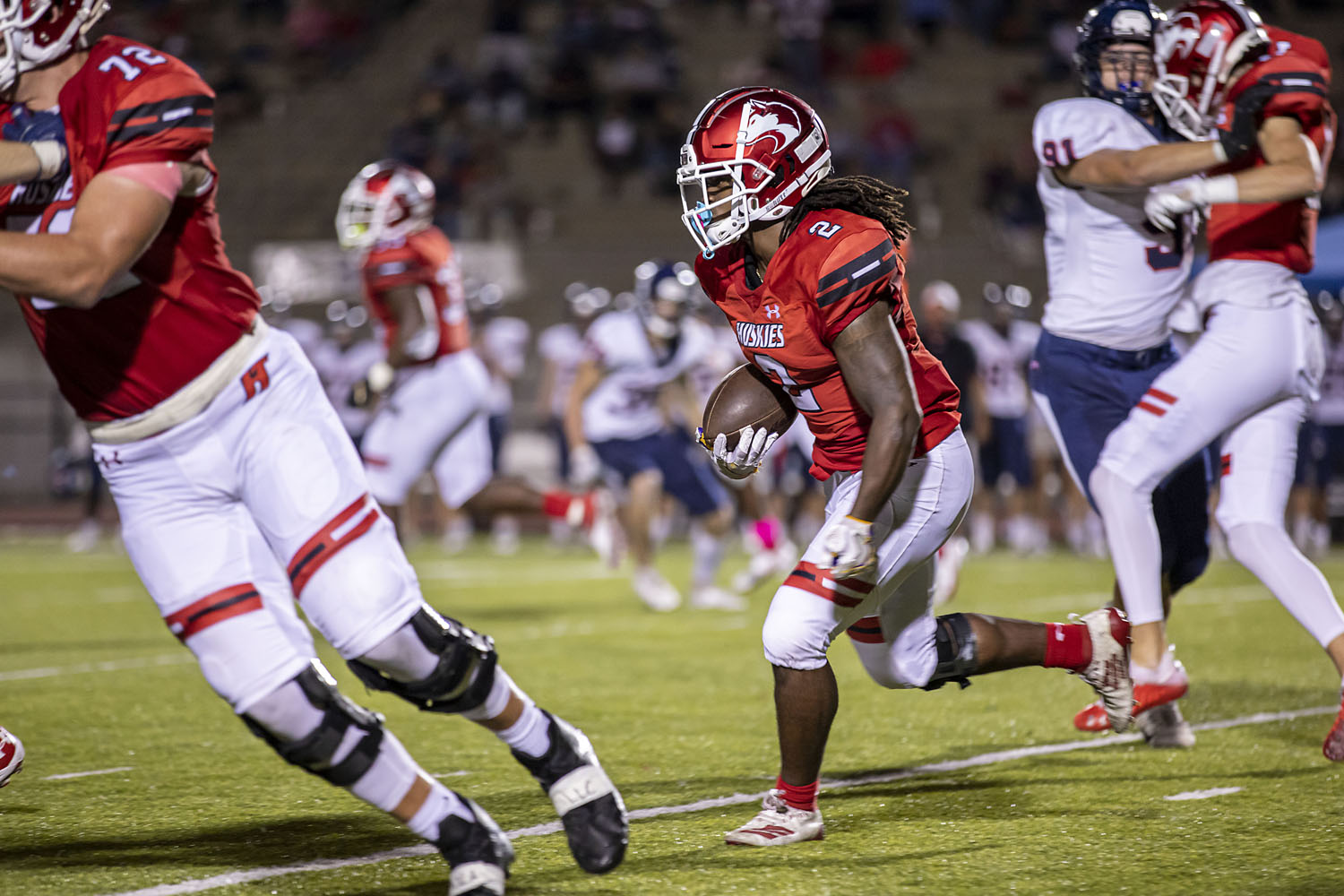 MADISON — The Hewitt-Trussville Huskies made their return to the playoffs on Friday night after failing to qualify in 2019. The Huskies, ranked No. 3 in Class 7A, traveled to James Clemens High School for the first round matchup. After a sluggish start to the first quarter, the Huskies took control in the second stanza, and cruised to a 55-12 win on the road.

The first quarter was a feeling out process for Hewitt-Trussville. Huskies quarterback Cade Ott Caruth hit Sean Jackson down the middle of the field late in the first quarter for a 60-yard touchdown for a 7-0 lead. The first quarter would end with the Huskies leading by that touchdown, but that would be the opening act to the offense in the second quarter.

After a missed Jets field goal, the Hewitt-Trussville offense lived up to the term “Husky Fast.” Armoni Goodwin scored on a 35-yard touchdown run just 50 seconds after the change of possession. The next series for Hewitt saw the same result, as Goodwin ran 10 yards to the end zone.

Suddenly, a low scoring affair became a 21-0 Huskies lead. After another forced Jets punt, Sam Washington broke the game wide open for the visitors, fielded a booming punt from Aaron Rowe and taking it 72 yards to the house. The Hewitt second quarter fireworks were capped off on a Connor Thomas 51-yard touchdown run, putting the game out of reach at 35-0 going into halftime.

Coming out of the locker room, the Huskies offense picked up where they left off. An Armoni Goodwin 76-yard touchdown run less than a minute into the third quarter capped off an impressive night for the Auburn University commit. Goodwin finished the game with 145 yards rushing and three touchdowns.

A blocked punt for a touchdown and a Jackson Ollis touchdown run closed out the scoring for the Huskies.

After the game, the discussion quickly turned to the quarterfinals match up with a familiar foe. Hewitt-Trussville will make the trip to Alabaster to face the reigning 7A state champions, the Thompson Warriors.

“Well, they’re pretty good. Thompson’s obviously the defending state champs. We’ve had some great battles with them over the years,” said Hewitt-Trussville head coach Josh Floyd. “It’s just unfortunate it has to be in the quarterfinals.”

The Huskies will be looking to avenge a 35-21 loss to the Warriors in the regular season.