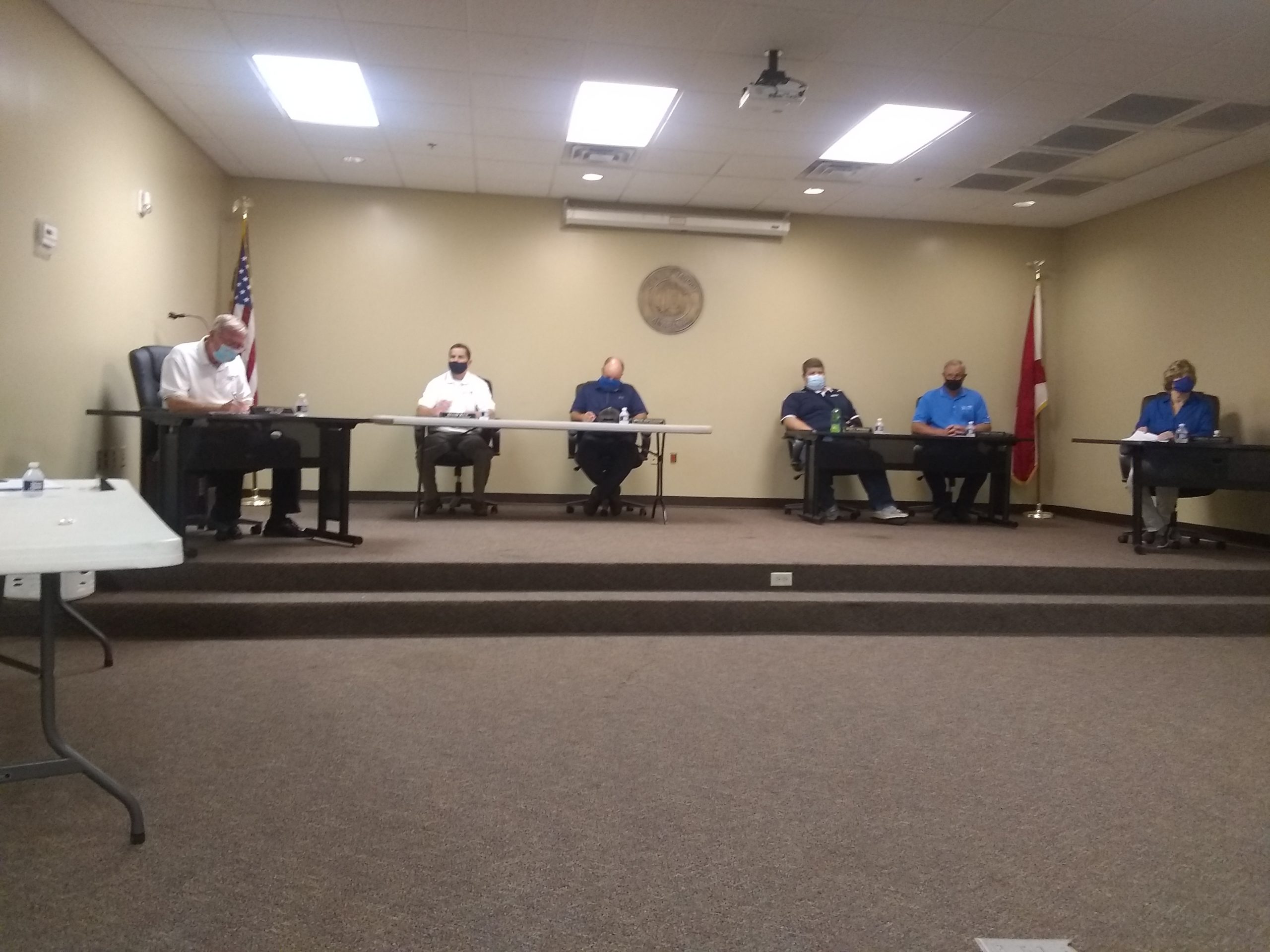 MOODY — At a regular meeting on Monday, Nov. 9, the Moody City Council approved an agreement with St. Clair County on paving a road in the city and heard from a concerned citizen.

The council heard from resident Tracey Farley, who spoke on ordinances listed on the city website, saying that it has not been updated since 2014 and asked that access to the ordinances be updated. She expressed concerns with what she described as difficulty in getting information from the city hall.

She also spoke on a recent incident at the ballpark in which she said that a youth there had used profanity and was asked to leave by other youths. Afterward, she said a heated exchange began that eventually involved a police officer.

She said that the officer had “used some ugly words” to the youths and told them to leave. Though she said she respected the police department, she described it as part of a “disconnect” between the city and the citizens.

Mayor Joe Lee thanked her for her comments saying, “I know that the city clerk works hard to make available to the public whatever they want. We pride ourselves on being the best and I have a lot of faith in our police department. If you ever have any problems, feel to come in and visit, call me, call any of your council members. We’re here to serve the public. Everything we do is an open book; you can get any record you want here at City Hall.”

Moody Police Chief commented and said that he believed that there was no disconnect.

“There’s definitely no disconnect,” he said. “We have one of the best departments I believe in St. Clair County. Our connection with the community here is just astounding. People here love our police department; they’ve shown that over this past year. We’re always ranked in the top 10 safest in the state every year. This is actually the first time I’ve heard anybody say what she claimed tonight. But everybody has their own opinion, and we roll with it and there’s always something we can improve on every day and we’ll get better each day. But as far as my guys and my department: couldn’t ask for better men and women.”

At the previous meeting on Oct. 26, the council considered entering into an agreement with St. Clair County Commission to pave Church St. but that was tabled until last night when it was brought up and passed unanimously.

The portions of the street to be paved are: