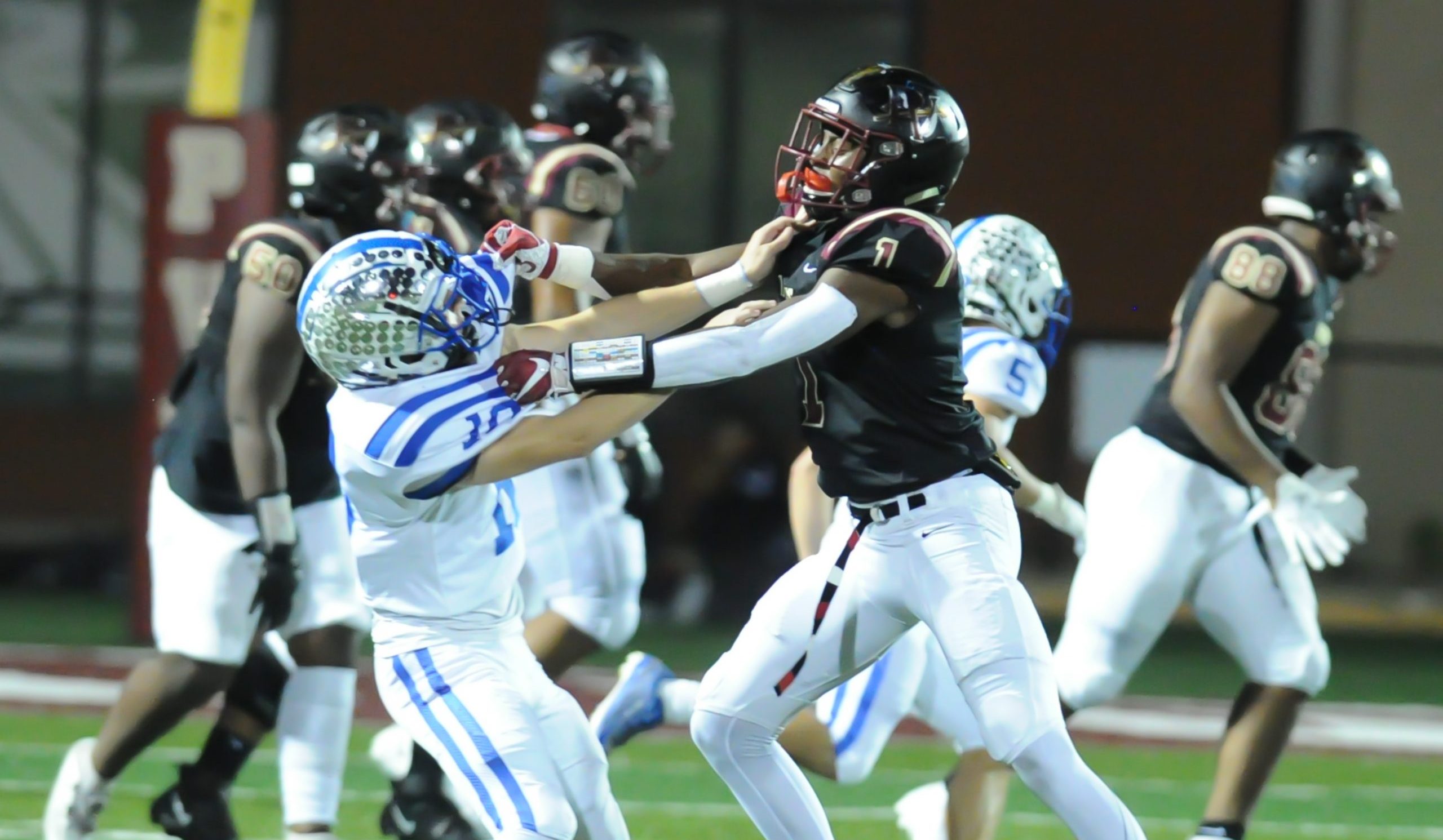 PINSON – The top player in the state was the best player on the field last Friday night in Willie Adams Stadium, as third-ranked Pinson Valley opened up postseason play with a 45-0 drubbing of Arab.

Ga’Quincy McKinstry, widely known as “Kool-Aid” by sports fans across the state and beyond, torched the Knights with four touchdowns en route to a first-round playoff win. His performance came complete with offense, defense and special teams, and was easily enough to earn him Tribune Player of the Week honors.

“He (McKinstry) had a complete game: offense, defense, and we even tried to get him loose on special teams,” said Pinson Valley head coach Sam Shade following the game.

The 5-star senior was on the receiving end of three Zach Pyron touchdown passes, proving too much for an outmatched Arab secondary. McKinstry shot up the right sideline for his first score — a 34-yard dart on the run from Pyron. He wrapped up the first half with a contested, 7-yard touchdown grab in the corner and later got over the top for a 57-yard touchdown catch late in the third.

Alabama’s most recent commit finished with five receptions for 113 yards and the three scores, but his finest moment came seconds after his final offensive touchdown, as he tracked down a desperation shot from Arab quarterback Aidan Cox and took it back 75 yards for a pick-6.

“When you commit to the University of Alabama, you really have to show that you deserve to be there, so I had that on my mind all game long and I proved it,” said McKinstry.