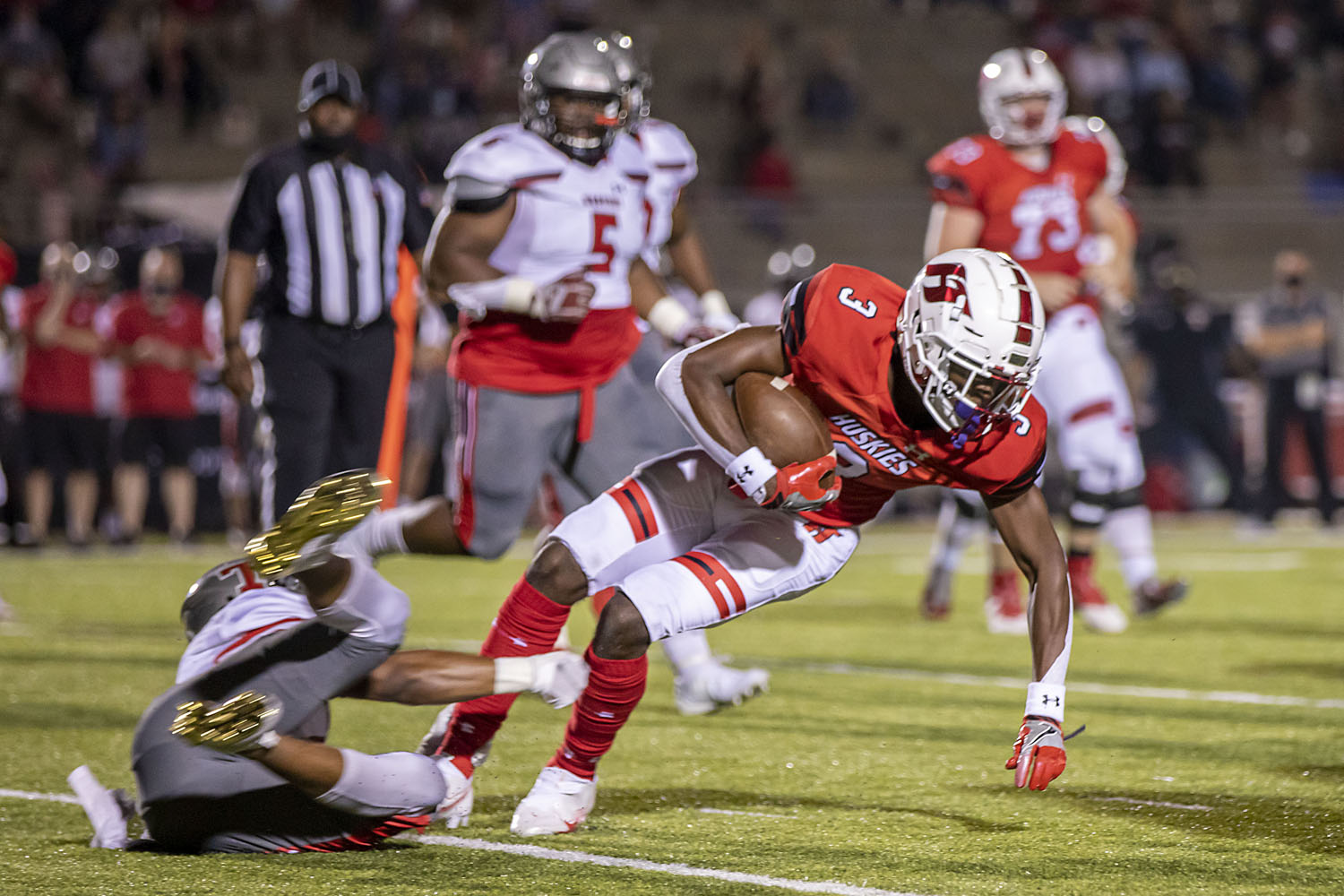 MONTGOMERY – Fans are promised a classic battle of two of the state’s premier Class 7A football teams this Friday night when No. 3 Hewitt-Trussville visits top-ranked Thompson.

The defending Class 7A state champion Warriors (11-0) roll into Friday’s AHSAA TV Network/NFHS Network Game of the Week riding a 15-game winning streak. Hewitt-Trussville (9-2) comes in as the last team in the AHSAA to beat Thompson – winning 35-29 in the last game of the regular season in 2019.

Thanks to WOTM TV and its executive producer Vince Earley, this much anticipated rematch will be on statewide and national display Friday night at Alabaster’s Warrior Stadium as the AHSAA TV Network/NFHS Network Football Game of the Week. WOTM TV is also producing a second small-school Game of the Week – B.B. Comer (10-1) at Abbeville (10-1), which will be shown over the AHSAA TV Network of WOTM cable affiliates as well as being live-streamed over the NFHS Network.

Plenty of attention will be directed to Thompson, coached by Mark Freeman, and Hewitt-Trussville, coached by Josh Floyd. The two coaches’ careers and their successes at their current schools closely mirror each other.  Consider these facts.

Both teams are loaded with talent this season. Thompson won the regular-season battle 35-21 over the Huskies and Hoover handed Hewitt its second loss 29-28. In last week’s first round of the state playoffs, Thompson beat Grissom 49-7 and Hewitt downed James Clemens 55-12.

This week’s contest can be seen over the subscriber-based NFHS Network and the WOTM TV Network’s cable station affiliates across the state.

WOTM will also feature a playoff game of the week in the quarterfinals and semifinals and will produce all seven state finals at the 2020 Super 7 at Bryant-Denny Stadium in Tuscaloosa in December for the AHSAA TV Network.

The NFHS Network link for the Thompson-Hewitt Game of the Week is:
http://www.nfhsnetwork.com/events/ahsaa/gambf0ad8861b?utm_medium=referral&utm_source=ahsaa.com&utm_campaign=ahsaaweekly