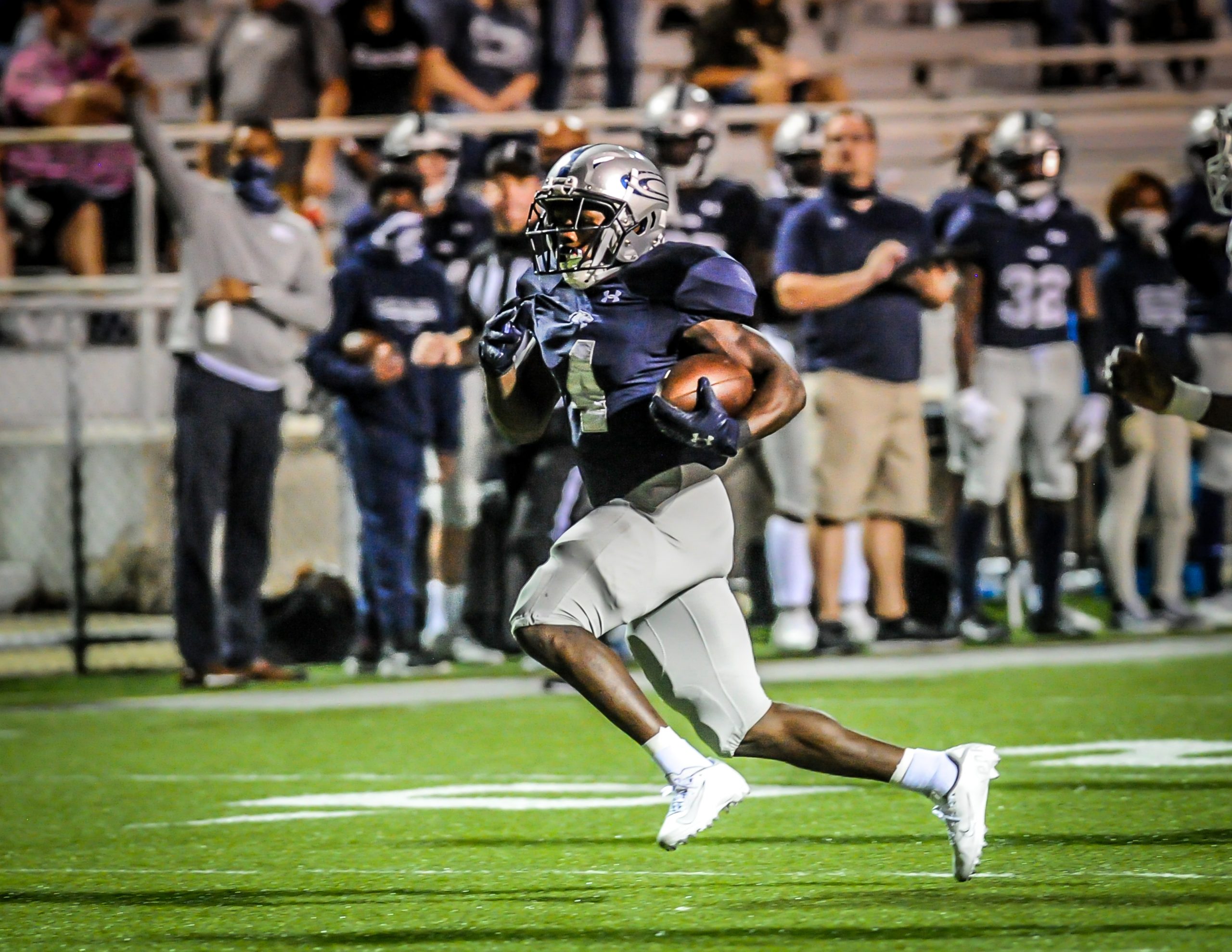 Johnny Sanders, for The Tribune

HOMEWOOD — The Clay Chalkville Cougars proved to be in playoff form with their second consecutive shutout win, beating the Homewood Patriots on their home field 42-0 and punching their ticket to the third round of the Alabama Class 6A State Playoffs.

Khalib Johnson and the Cougar offense found plenty of early success, driving the ball 70 yards and capping their first drive off with a 6-yard Edward Osley touchdown run with 5:41 to go in the opening frame.

Clay simply took the ball down the field and Osley found the end zone from 1 yard out at the 11:27 mark of the second quarter to put Clay up 14-0.

The Clay defense, led by Lamar Croskey, shut down the Homewood offense once again and put the ball back in Johnson’s hands and company again. This time Johnson got in on the scoring, finding Marquarius White for an 18-yard strike to widen the gap to 21-0 with 3:43 to go before the break.

Johnson came right back and found White for a 40-yard pass to the 11-yard line, where he would call his own number and find paydirt with 2:02 left in the second quarter. The Cougars would head into the locker room with a comfortable 28-0 lead.

Edward Osley would start the second half with another touchdown, this one from 28 yards out at the 5:30 mark of the third quarter. The scoring would end for the night on a 67-yard run to the house by Clay Freshman Rodreckus Johnson with 2:50 to play in the third quarter.

“Coach Glover and all those guys, they do a great job getting the players prepared. They play hard, they play passionate. They did a good job tackling and made some adjustments early. We really just tried to put them behind the sticks the whole game. We were able to make some plays and get off the field,” Coach Gilmer speaking about his defenses dominance.

Khalib Johnson was 15 of 23 for 192 yards and one passing touchdown and added 35 yards and a touchdown on the ground. Edward Osley had 13 carries for 134 yards and three touchdowns.

“They played really good. They made some good decisions. Khalib distributed the football well to our playmakers and Osley did a good job in the run game. He made some big runs and running tough and breaking tackles. Khalib too, just being able to use his legs when there’s nothing there,” said Gilmer of his two offensive playmakers.