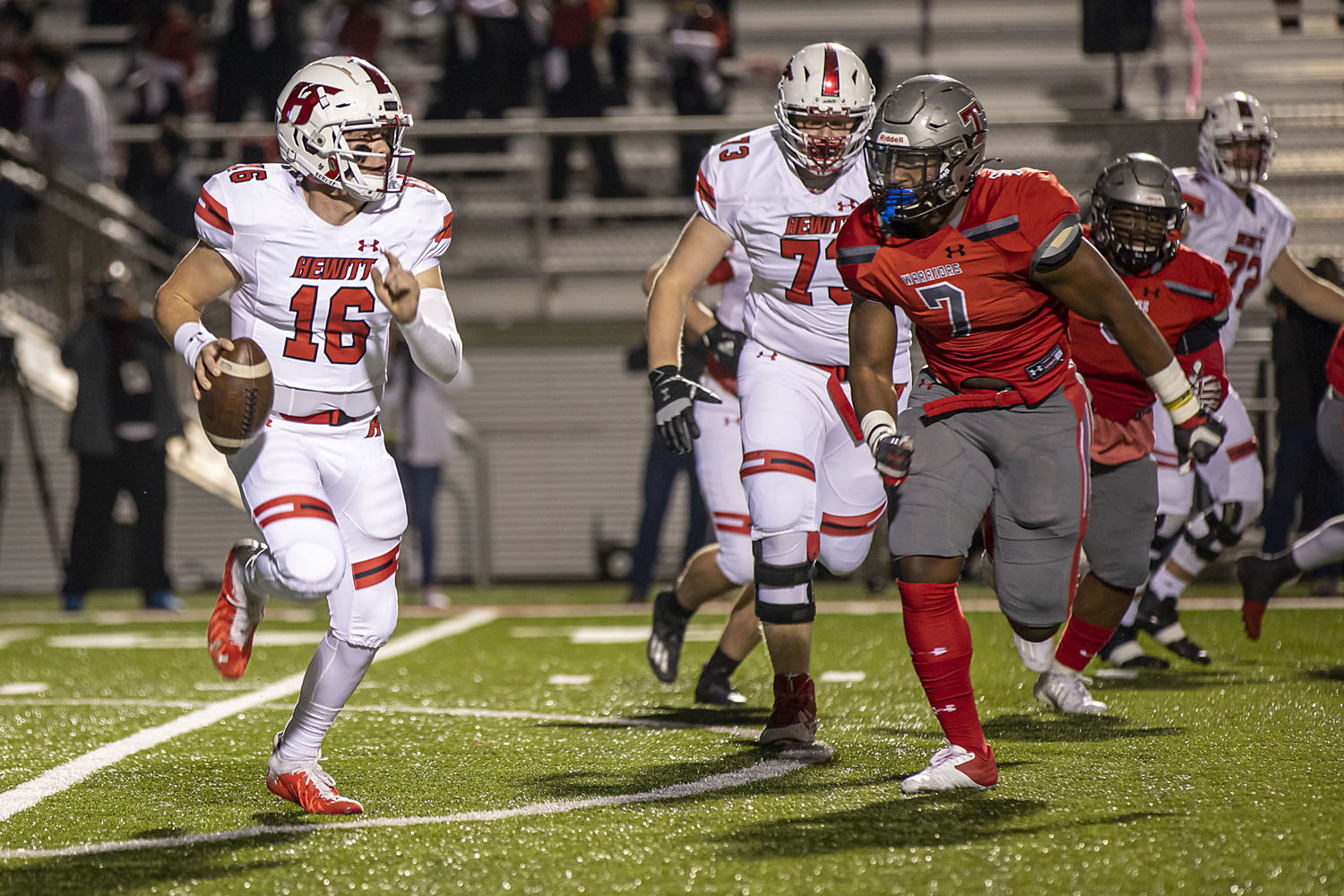 The Huskies turned the ball over four times and surrendered four Conner Harrell touchdown passes en route to a 42-16 quarterfinal playoff loss to No. 1 Thompson.

Hewitt-Trussville ends the season ranked third in Class 7A with a record of 9-3. Two of those losses came to the Warriors (12-0), who continue their state champion defense next week in the semifinals opposite No. 2 Hoover.

On Friday night, Harrell completed 14 passes for 174 yards and four scores, while the Thompson backfield ate up another 275 yards rushing. The Warriors took control early with three straight touchdown drives in the first half.

Harrell started things with a 6-yard touchdown toss to JB Mitchell and came back on the following drive with a 27-yard scoring strike to Ryan Peppins for a 14-0 advantage early in the second quarter. Following a 28-yard field goal from Hewitt-Trussville senior Ethan Wilson, Peppins broke loose for a touchdown on the ensuing kickoff, extending the first-half lead to 21-3.

The Huskies would find paydirt late in the second thanks to a 7-yard toss from Cade Ott Carruth to Omari Kelly. Hewitt went to the break down 21-10.

After receiving the opening second-half kickoff, Hewitt-Trussville appeared to be marching toward a scoring drive that could have cut the deficit to a single score, but it was not to be. Senior running back Sean Jackson coughed it up and Thompson recovered the loose ball on its own 28-yard line.

That’s where the game got away from the visitors, as Thompson put together an eight-play scoring drive that ended with a Harrell-to-Mitchell 13-yard touchdown toss. The connection put the Warriors out front 28-10 midway through the third frame.

The Huskies showed fight in the closing minutes, as Carruth fired a 15-yard TD pass to Jackson, cutting the final deficit to 26 points. Carruth completed 13 of 29 passes for 215 yards and two touchdowns.

Kelly caught five of those passes for 59 yards and a score. Senior Armoni Goodwin ran 76 yards on 19 carries, and Jackson added 68 yards on 11 rushes.