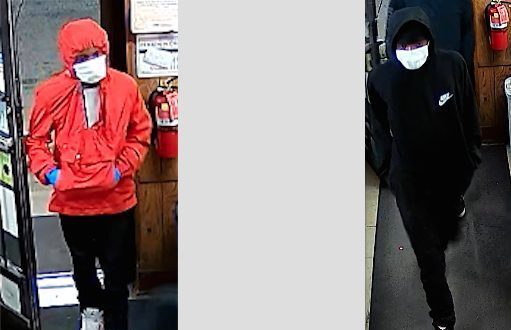 Image from the Birmingham Police Department

According to authorities, on Monday, Nov. 9, four suspects entered Dee’s Package Store in Birmingham and demanded money from the cashiers. Police say one of the suspects brandished a firearm.

During the robbery, the clerks were tied up. An unknown amount of currency was taken along with bottles of alcoholic beverages.

Anyone with information pertaining to the robbery is asked to contact the Birmingham Police Department at 205-254-1753 or remain anonymous by contacting Crime Stoppers at 205-254-7777. If the tip to Crime Stoppers leads to an arrest, a cash reward will be provided.