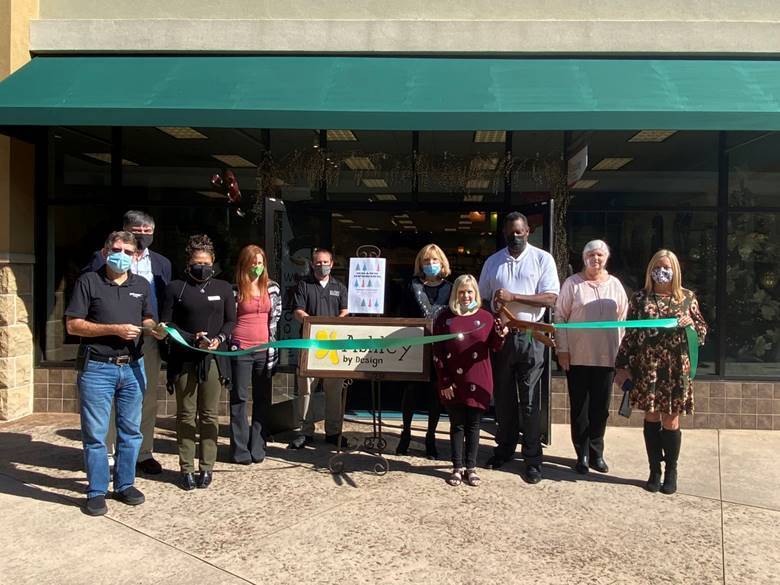 Woman with Down Syndrome opens boutique at Shops of Grand River

LEEDS — A mother-daughter team opened a new boutique at the Shops of Grand River.

Ashley by Design Boutique celebrated with a ribbon-cutting on Friday, Nov. 13, 2020. Leeds city leaders, including Mayor Pro-Tem Kenneth Washington and Leeds Area Chamber of Commerce Executive Director Sandra McGuire were in attendance for the ceremony.

Ashley DeRamus, who has Down Syndrome, is an entrepreneur, advocate, singer, public speaker, award-winning swimmer, music video star and fashion creator, according to Dona Bonnett, of adr Business & Marketing Strategies. 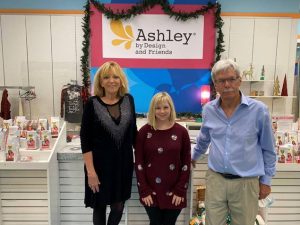 “Ashley is a very famous young lady with Down Syndrome who doesn’t let that stop her from accomplishing anything,” Bonnett said.

The Ashley DeRamus Foundation was founded in 2012 to bring awareness of Down Syndrome and enlighten others about the rewards and positive contribution that those with Down Syndrome make in society.

Ashley by Design was launched at the National Down Syndrome Congress’ annual convention in 2013. The fashion line includes “special clothing to special people”. Clothing, accessories, artwork and Gabi’s Grounds Coffee are available in store.

For more information about Ashley DeRamus, Ashley by Design and Ashley DeRamus Foundation, visit www.AshleyByDesign.com and www.AshleyDeRamusFoundation.org or on Google, YouTube and Facebook.