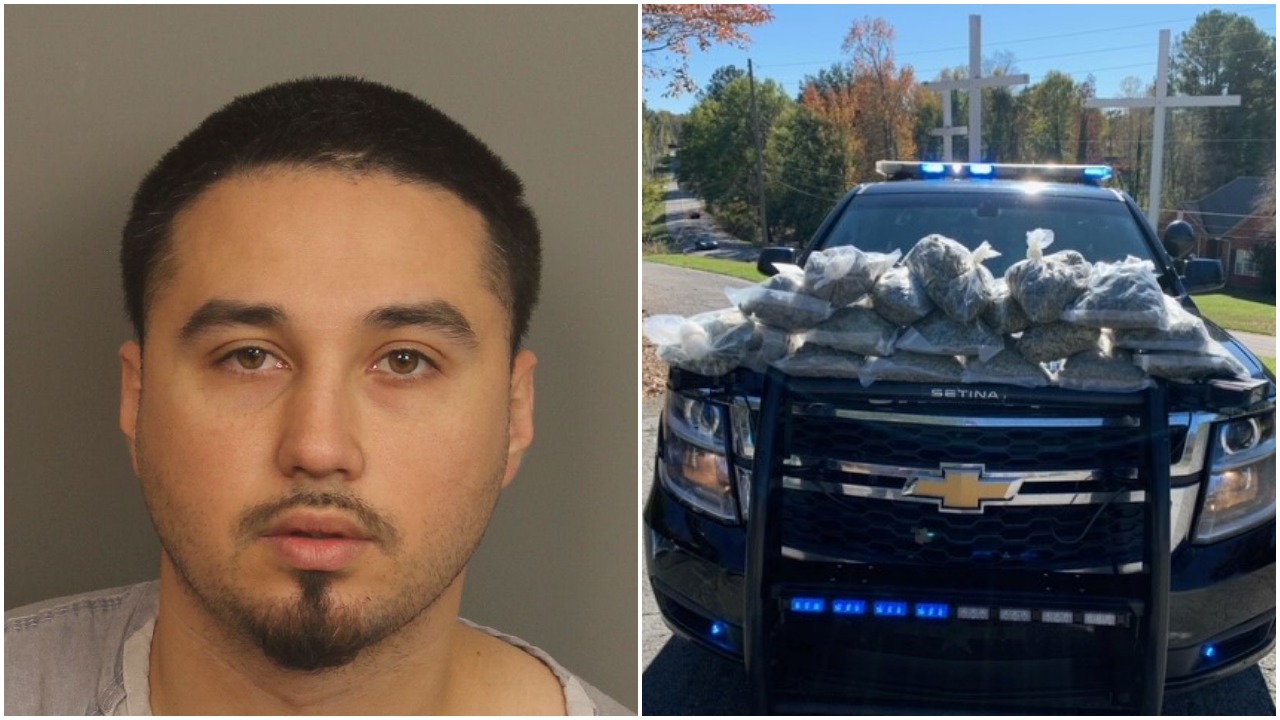 JEFFERSON COUNTY — A California man is behind bars in Jefferson County after a deputy found 18 pounds of pot in his vehicle on Interstate 22.

“On Monday, November 16, 2020 at approximately 1 p.m., a Jefferson County Deputy performed a traffic stop on I-22 in Adamsville,” Sgt. Joni Money said. “As the deputy approached the driver’s door, he could smell the strong odor of marijuana emitting from the vehicle.   The deputy performed a search of the vehicle and discovered approximately 18 pounds of marijuana inside.”

The driver of the vehicle, 26-year-old, Rafael Sequoyah Freedman of Berkerly, California, was arrested for trafficking in marijuana and placed in the Jefferson County Jail.  His bond is set at $500,000.