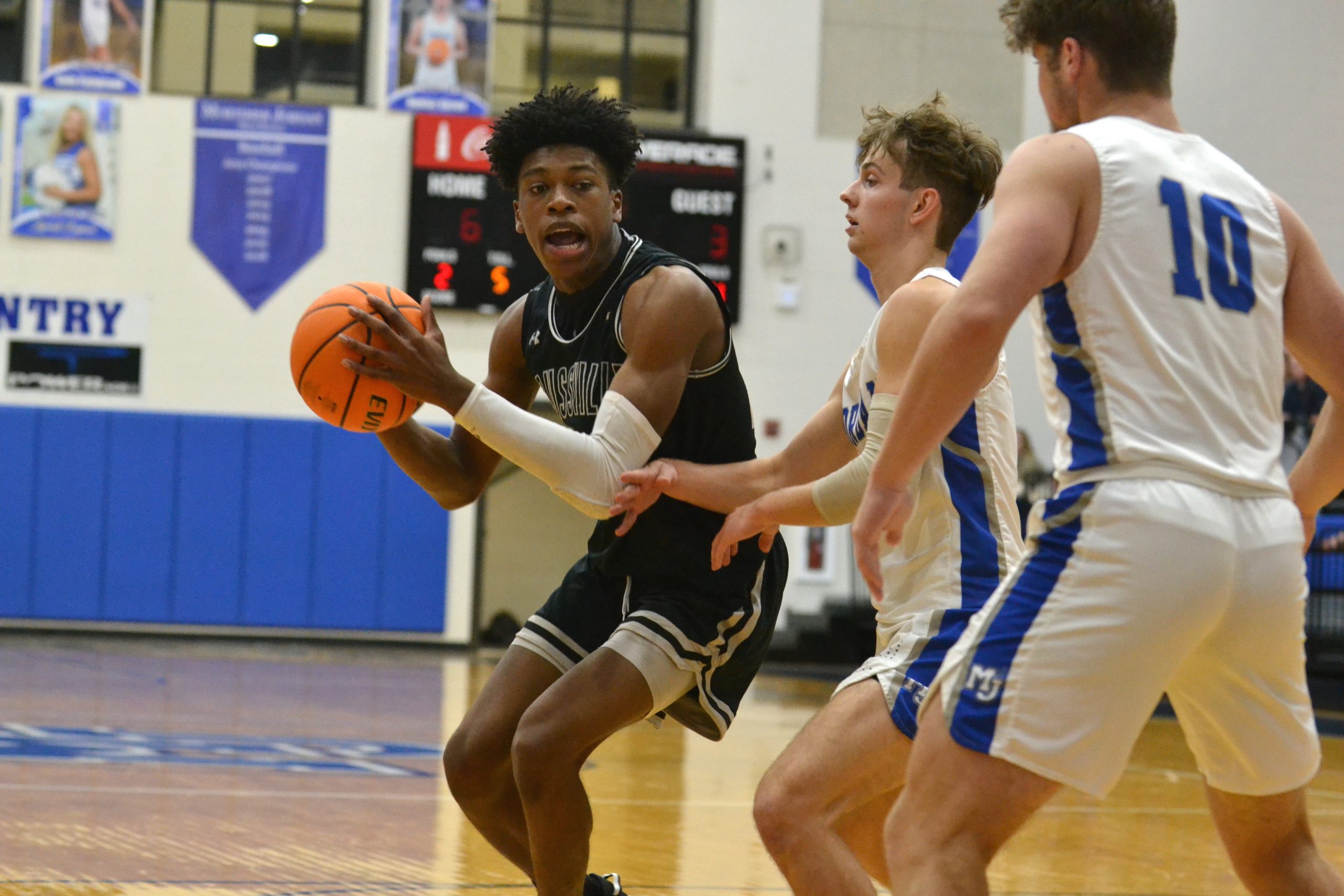 Hewitt-Trussville sophomore Emeka Anwa works inside during a road game on Nov. 17, 2020. Photo by Erik Harris

KIMBERLY — Hewitt-Trussville slipped into an early deficit on Tuesday night in Kimberly, and never could climb its way back.

Devine opened up the scoring with a 4-point play, bagging a deep pull from the top of the key and finishing with the subsequent free throw. Mortimer Jordan went right back to the deep ball with Ty Chandler and jumped out to a 16-9 advantage heading into the second frame. 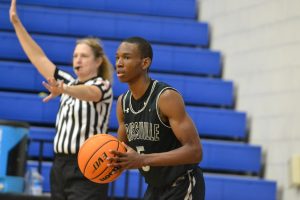 Hewitt-Trussville guard Ryan Harper inbounds the ball during a game on Nov. 17, 2020.
Photo by Erik Harris

Hewitt-Trussville forward Emeka Anwah would come alive in the paint, as he worked for second-chance points, but the home team went to the half with a 29-21 lead. The sophomore finished with 14 points for the Huskies.

Turnovers and fouls continued to haunt Hewitt in the second half, while Mortimer Jordan steadily maintained a 6- to 8-point cushion all the way to the finish line.

Hewitt-Trussville (0-3) will look to bounce back on Saturday at home against Opelika.