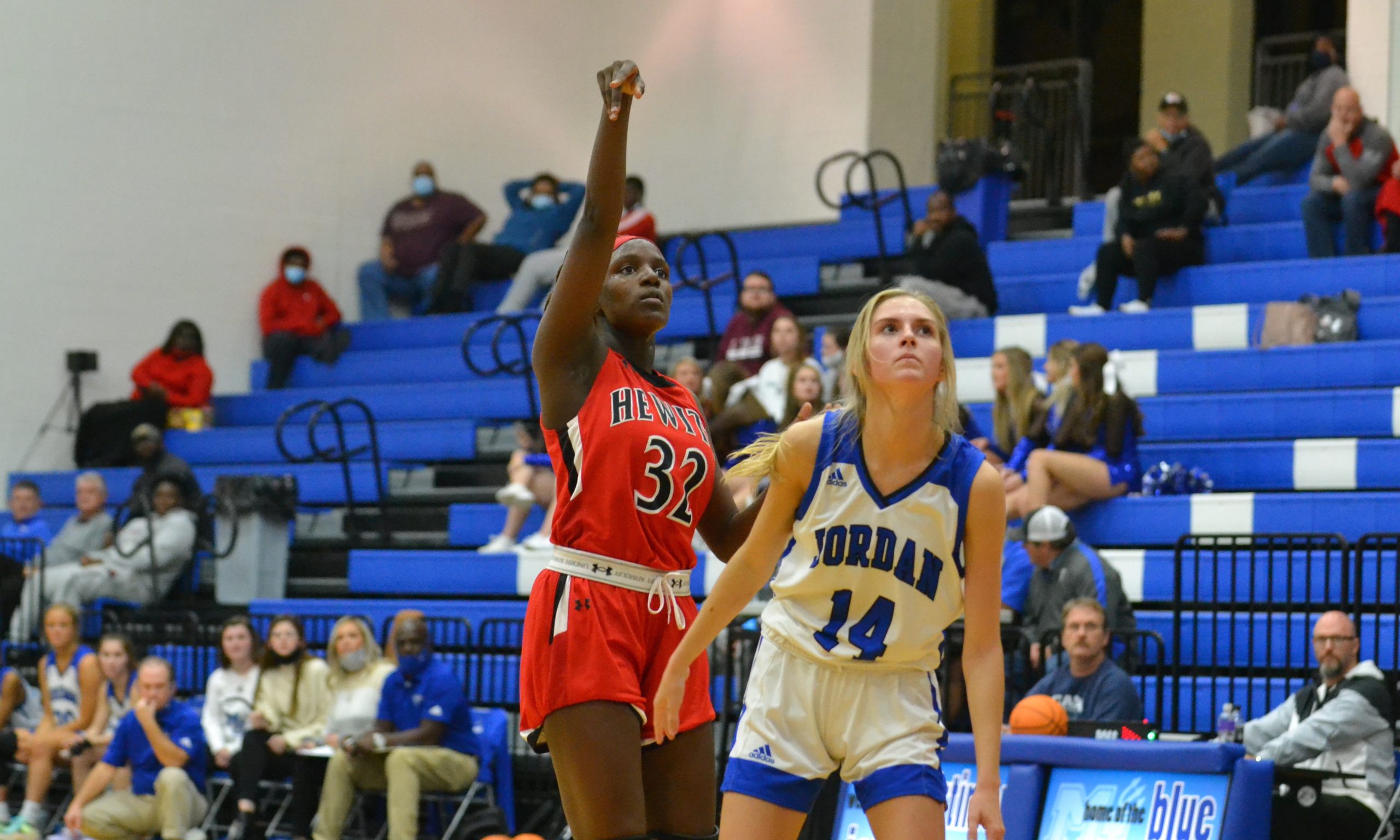 Hewitt-Trussville senior Amiya Payne (32) led the Huskies with 19 points in a win over Mortimer Jordan on Nov. 17, 2020. Photo by Erik Harris

Payne spurs Hewitt on the road; Huskies climb to 4-0

KIMBERLY — The Hewitt-Trussville girls basketball team improved to 4-0 on the season thanks to a come-from-behind road win over Mortimer Jordan on Tuesday night.

Senior Amiya Payne was virtually unstoppable in the fourth quarter, as her Huskies took control of a tight contest and went home with a 57-42 victory. The Middle Tennessee State signee exploded for 15 points in the final frame with a mix of mid-range, inside and free throw work.

That outburst took Hewitt-Trussville from a 3-point lead (38-35) at the end of the third quarter to a 15-point victory. 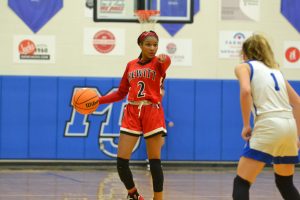 “The girls feed off her mentality,” said Hewitt head coach Tonya Hunter of Payne. “She’s become more explosive, more under control, and her maturity is at such a high level in basketball.”

However, it was Mortimer Jordan guard Sarah Kanaday who started with the hot hand. The sophomore knocked down four 3-pointers in the first half and ultimately matched Payne with 19 points in the loss.

Kanaday scored the first points of the game with a deep shot from the left side, as she led the Blue Devils to a 12-8 advantage after one and a 27-26 lead at the break. She would cool in the second half, as Hewitt-Trussville put together a 6-0 run to take a 38-35 lead into the fourth.

Payne then took command of the offense, stretching the margin while Hewitt dominated the final frame, 19-7.

“Amiya (Payne) is our leader, but we’ve got some young guards that can really go and once they find their role, I think we will take a leap forward,” said Hunter.