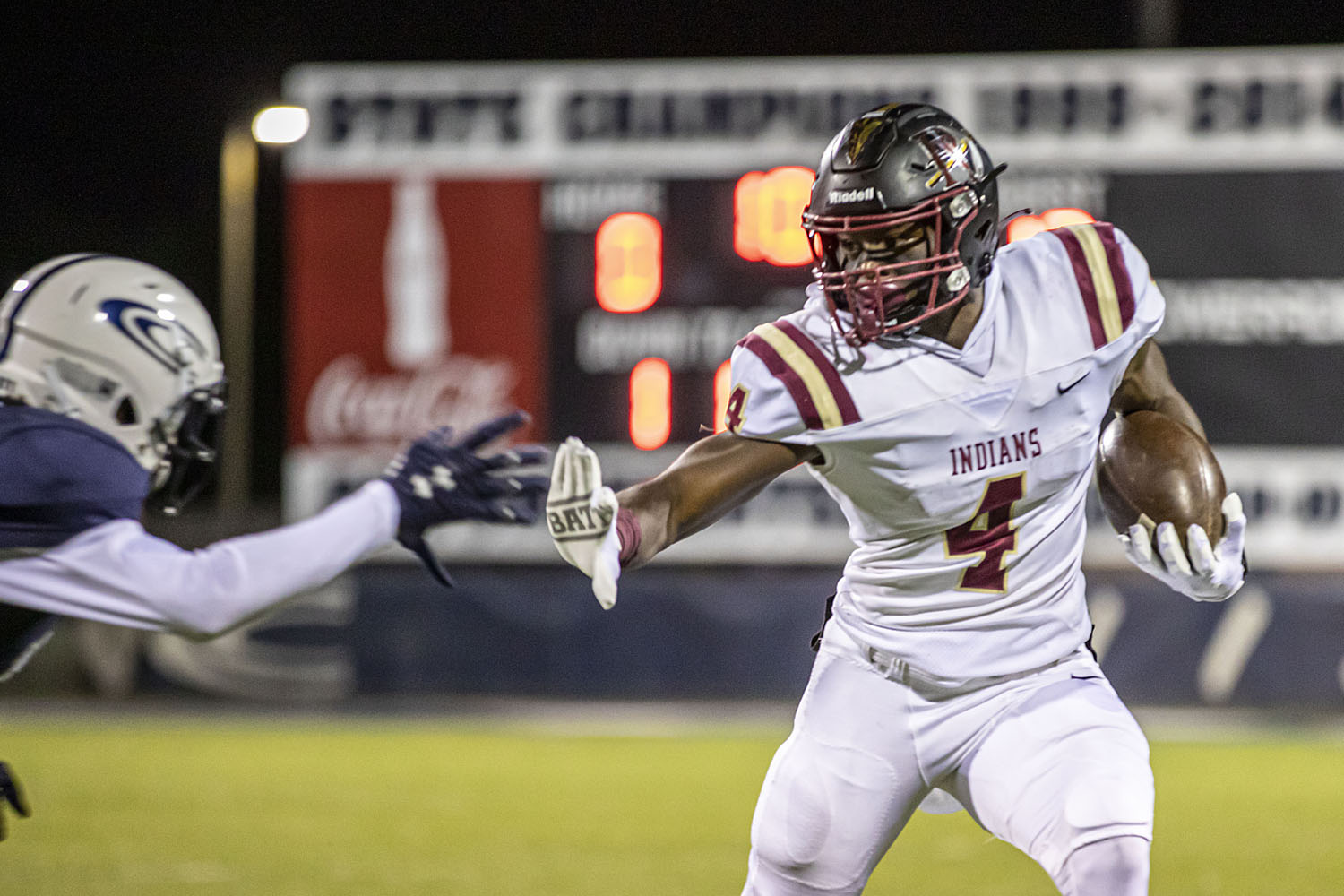 Etheredge took over the Yellow Jackets’ program last year and won the school’s first state title since 1993 in the process. Shade, the former University of Alabama standout and NFL star, is in his first year with the Indians – and would like to do the same for his program.

Both coaches agree talent is bountiful on both sides. “They have a great team with a lot of players in the skill positions that are really talented,” said Etheredge of Pinson’s lineup. “We have great players too. It should be a great game.”

Oxford, the defending 6A state champions, opened its season against Class 7A No. 1 Thompson and suffered a 56-34 setback. The Jackets beat Pleasant Grove, which was the Class 5A state runner-up in 2019, in a close 29-28 game the next week and closed the regular season with a 32-31 overtime win over Central-Phenix City – the 2019 Class 7A state runner-up.

Pinson Valley lost its first game of the season as well, falling to Class 7A power Hewitt-Trussville 44-19. The Indians’ only other loss was to undefeated Class 5A power Ramsay 14-13 on Sept. 25. Shade’s team has won five straight games since – including playoff wins over Arab (45-0) and Shades Valley (48-16).

Pinson Valley has one of the state’s premier receivers and defensive backs Ga’Quincy McKinstry, who is already committed to the University of Alabama. So does Oxford. Wide receiver Roc Taylor has committed to Tennessee. Jackets quarterback Trey Higgins, who signed a baseball scholarship with Mississippi State last week, has accounted for more than 3,000 yards passing this season and has passed and rushed for more than 50 touchdowns.

Shade may be in his first year as head coach but has an impressive resume of accomplishments – including 10 years in the NFL as a safety with 563 career tackles and 10 interceptions. He began coaching as an assistant coach at Briarwood Christian upon his retirement, and also had college stints at Samford and Georgia State. He was on the Cleveland Browns coaching staff before taking over the Indians’ program.

Etheredge is 25-2 in two seasons at Oxford and 150-51 overall in 15 seasons as a head coach. He guided Leeds to four state championships and one state-runner-up finish from 2006-2015. He also had coaching stints at Pell City and T.R. Miller. Last week’s 35-14 playoff win over Briarwood was the 150th win of his career and his 107-34 slate in 10 seasons at Leeds makes him the winningest head coach in that school’s storied history.

Kickoff for the Oxford-Pinson contest is set for 7 p.m., and can be seen over the subscriber-based NFHS Network and the WOTM TV Network’s cable station affiliates across the state.