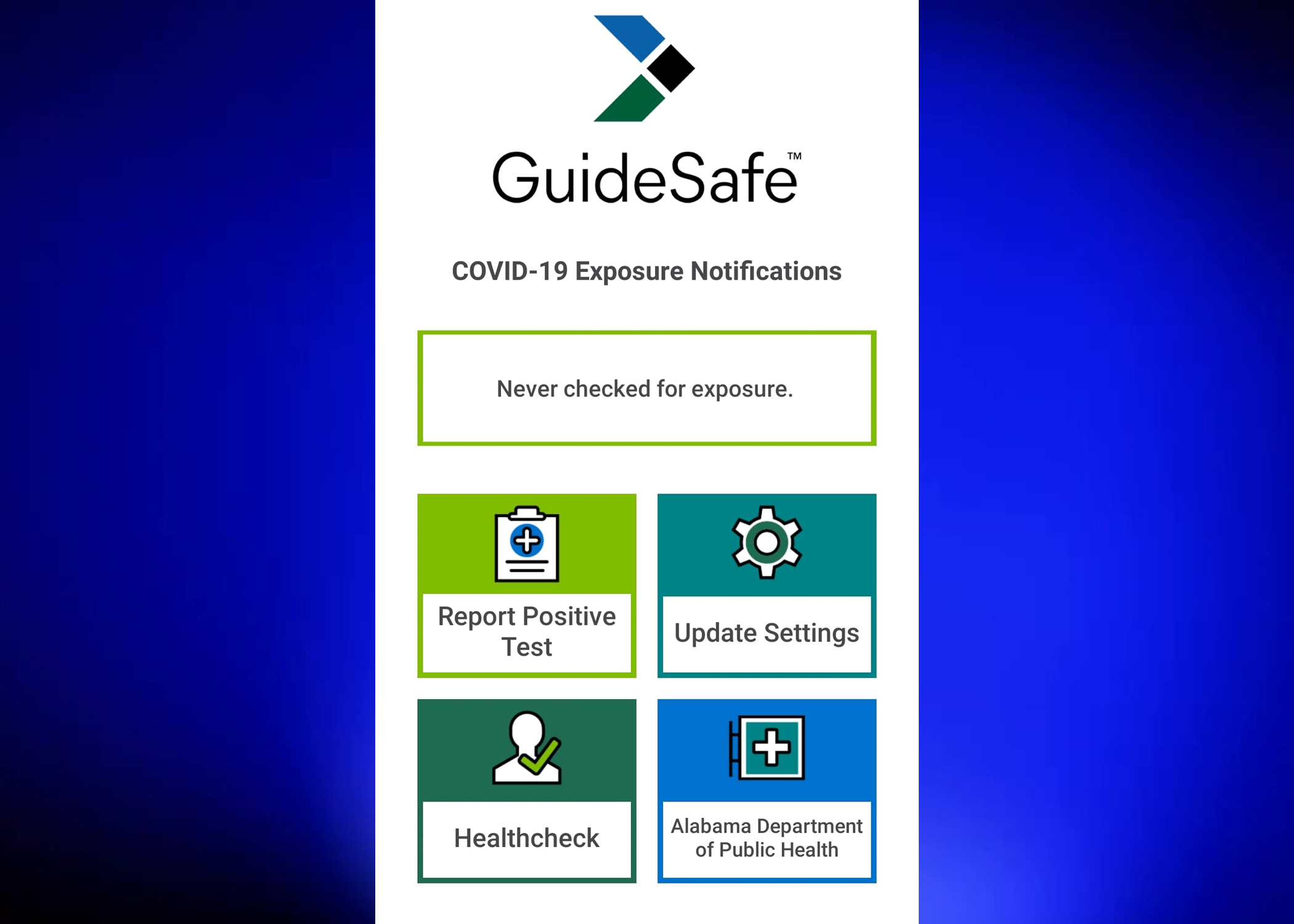 BIRMINGHAM, Ala. (AP) — An app that’s been used in Alabama to warn people that they might have been exposed to the coronavirus is joining a growing network in other states, giving an extra layer of protection especially ahead of the Thanksgiving holiday season, officials announced.

The GuideSafe Exposure Notification app was developed by the University of Alabama at Birmingham, the Alabama Department of Health and the Birmingham-based tech company MotionMobs, Al.com reported Thursday. According to the GuideSafe website it uses technology from a collaboration between Google and Apple.

The app uses Bluetooth signals to determine when two cell phones are within six feet of each other for longer than 15 minutes — considered to be close proximity. If one of those people later tests positive for the virus they can report it to the GuideSafe app and then the other people who have been in close proximity are notified.

So far Alabama’s version of the app has only worked with other people who’d downloaded the state’s version. But on Thursday the app was connected to a wider network called the Association of Public Health Laboratories National Key Server. That connects apps created by 13 states and the District of Columbia. More states are to be added in the future.

So far 150,000 users have downloaded Alabama’s notification app. Now, if one of those people comes into contact with someone who uses a different state’s app and tests positive, the Alabama users will be notified.

Dr. Karen Landers, from the Alabama Department of Public Health, said by connecting the state’s app to the wider network it gives another layer of protection especially at a time when people might be traveling for the holidays.

The app is designed to not collect personal identifying information or a user’s location data.