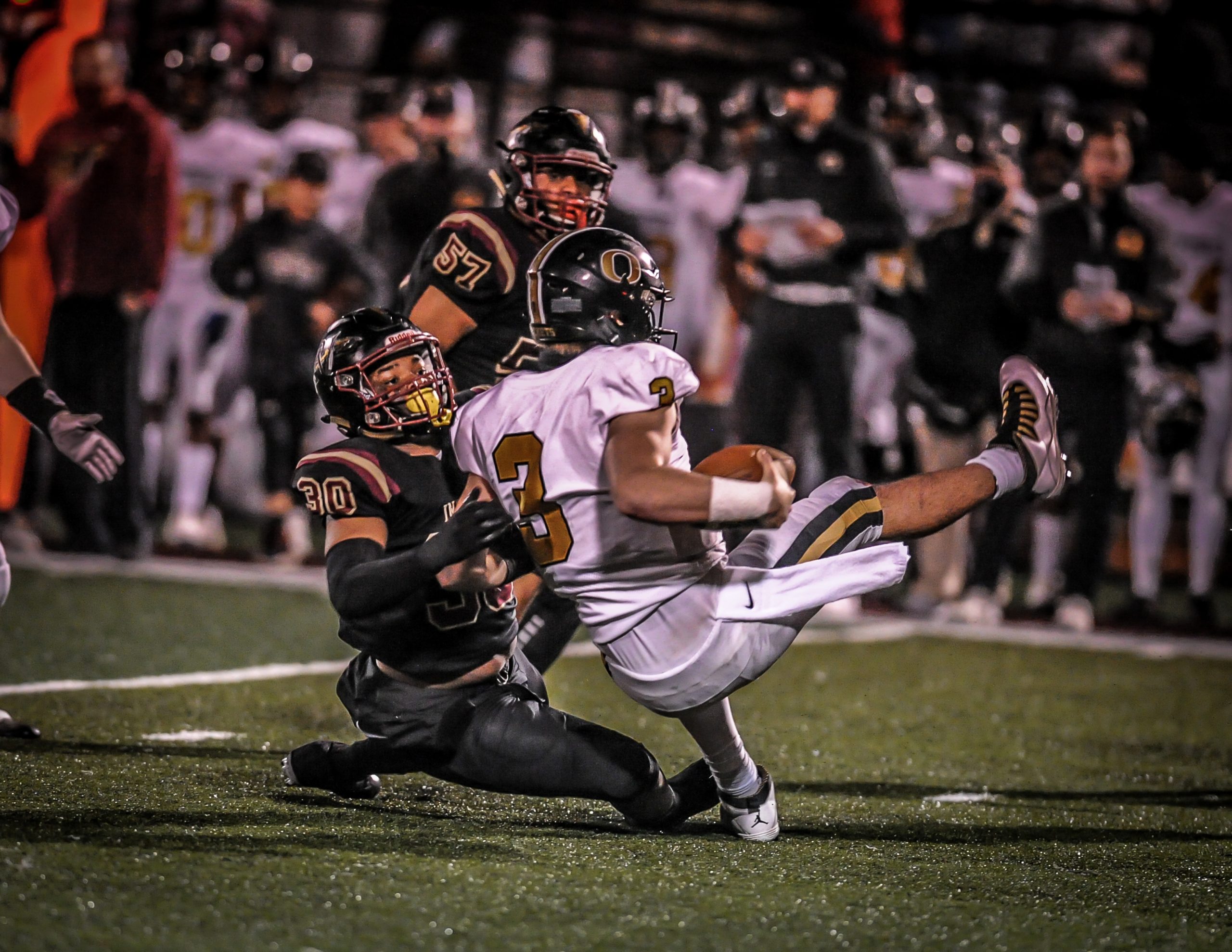 Thanks to a 34-2 quarterfinal win over top-ranked Oxford on Friday night, Shade and his Indians will host second-ranked Mountain Brook next week in the semifinals.

The Tribe (10-2) got there with suffocating defense that held Oxford (11-2) to 153 yards and no offensive points in the dominant quarterfinal win. Yellow Jackets quarterback Trey Higgins was sacked 10 times and threw four interceptions against a swarming Pinson Valley defense that secured its second postseason shutout of the year.

“We feel really good about what we’ve got on defense and we had some guys earlier in the season that didn’t play — had a couple injuries and things like that — but when we got those guys back, we felt like we were going to take off and we have, especially defensively,” said Shade.

With the Indians dominating the line of scrimmage, Oxford was forced into six three-and-outs to go with five turnovers on the road.

“It starts up front,” said Shade. “Our defensive line does a wonderful job getting after the quarterback and then we’ve got some guys in the backend that can cover, buy time for those guys to get those sacks, so it all works together.”

On the offensive end, Pinson Valley delivered with two touchdowns in its first three possessions, as Michael Sharpe Jr. spun out of trouble and shot off left tackle for a 6-yard score, which was followed by a 25-yard scoring strike from Zach Pyron to Ga’Quincy McKinstry early in the second quarter.

The home team built on its 14-0 advantage minutes later when defensive lineman Julian Peterson intercepted a tipped pass and ran it back 20 yards for his first-ever pick-6. His big moment put Pinson Valley out front 21-0 with 9:13 remaining in the first half.

“We’ve just been locked in all week, we knew the game plan, we knew the plays they were running, we got lined up and we went from there,” said Peterson. “This will most definitely be one to remember for all of us.” 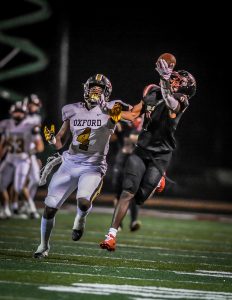 Linebacker Alijah May broke through for 2 ½ sacks to go with two more from Boubacar Diakite and 1 ½ sacks from Tradarrius Swanson. McKinstry shadowed Tennessee wide receiver commit Roc Taylor for most of the night, holding the talented senior to no receptions on several targets.

The Yellow Jackets’ only points of the night came midway through the second quarter when a high snap sailed over Pyron’s head and continued through the back of the end zone for a safety.

Pinson Valley kicker Zaylen McCray went 2-for-2 on field goal attempts and provided four extra points in the win. He connected on a 34-yarder as time expired on the opening half and later swung one through from 27 yards out late in the third.

Senior Jaquel Fells ran the ball 12 times for 151 yards (12.6 yard average), as the Indians posted 284 yards from scrimmage. Sharpe pounded home his second score of the game — a 2-yard job — late in the fourth to end the scoring at 34-2.