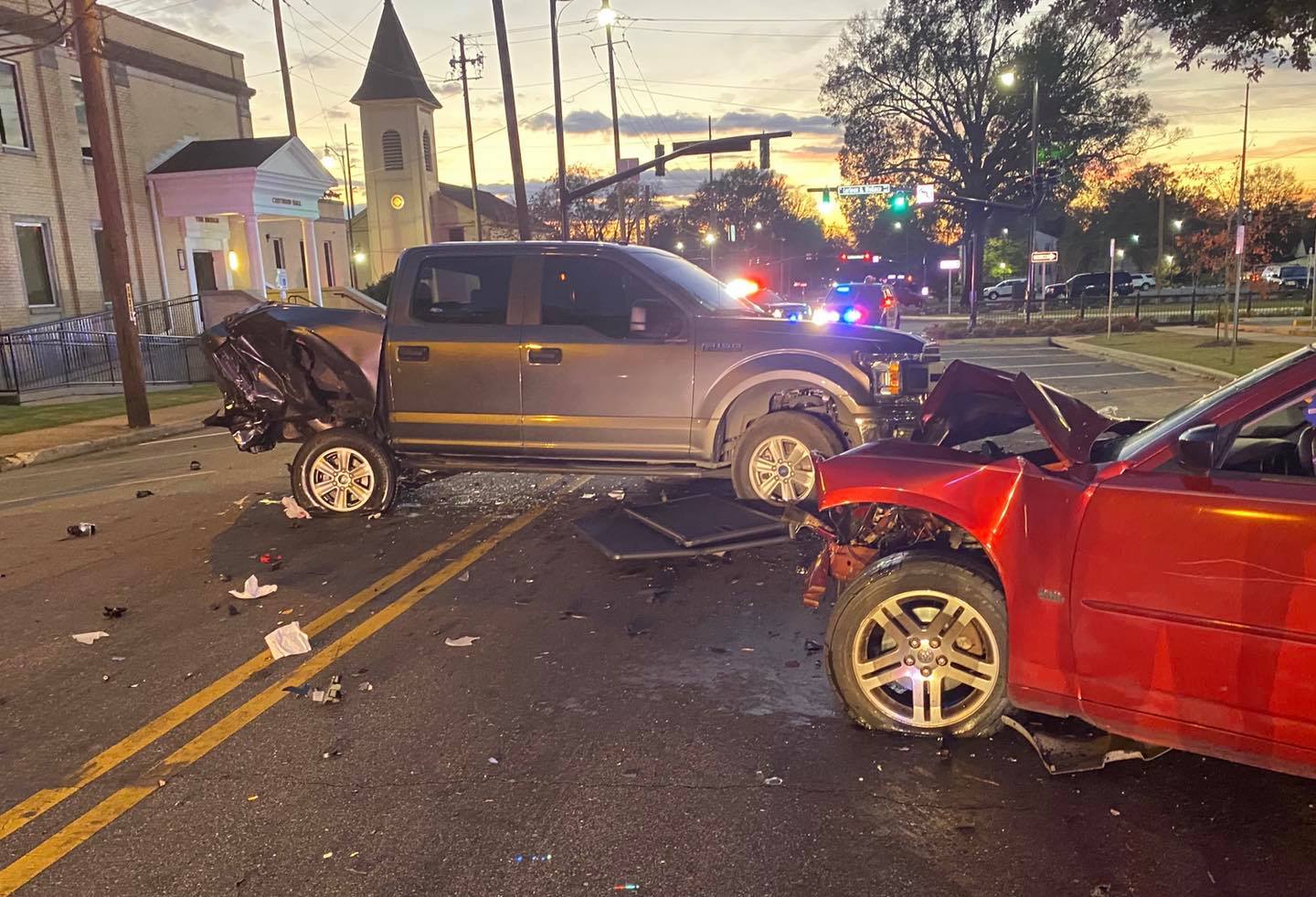 UPDATE: Four in custody after Tuscaloosa chase ends in crash

TUSCALOOSA — The Tuscaloosa Police Department said an adult and two juveniles were taken into custody after a police chase that ended in a crash on Saturday, Nov. 21, 2020.

Officers first responded to shots fired from a maroon Dodge Charger, around 4:49 p.m. The person reporting said the shots were fired near University Manor Apartments, off Greensboro Avenue. When officers located the vehicle, they tried to pull over the driver, but the driver refused to stop, according to police.

The pursuit continued down Greensboro, 10th Avenue, Queen City Avenue, Seventh Street, the area of Government Park and back to Greensboro. The driver crashed into two unmarked Tuscaloosa Police trucks on Eighth Street and three people fled from the Charger, police said.

After a foot chase, the suspects were taken into custody near a business on Lurleen Wallace Boulevard. Police said weapons and other items were recovered.

Officers at University Manor found bullet holes in the building and windows of a house in the 400 block of 29th Place. No injuries were reported.

No charges have been announced against the suspects.