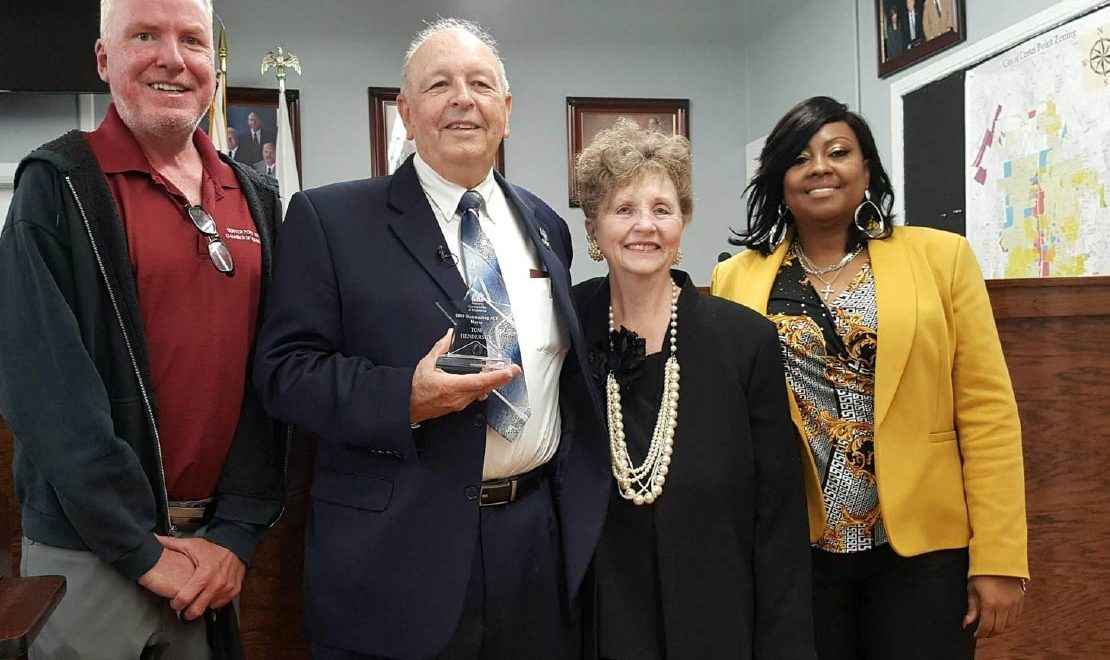 Henderson received a 2020 STAR Award from the Alabama Communities of Excellence (ACE). Henderson was named the Outstanding Mayor.

The award recognizes those considered “shining stars” of ACE and those who have gone beyond the call of duty.

“As the first mayor after the city incorporated, Mayor Henderson served for 18 years,” ACE stated on its website. “The ACE Board recognized him for his inclusive style of leadership and focus on safety and quality of life issues to improve the Center Point community.”

Henderson was given the award during the ACE Associates Council meeting on Nov. 11, 2020.

ACE works to provide resources for Alabama’s small towns to grow and prosper. Henderson completed the program and Center Point was designated as an ACE Community in 2020.

To read more about the 2020 STAR Awards, go to https://www.alabamacommunitiesofexcellence.org/2020winners/.