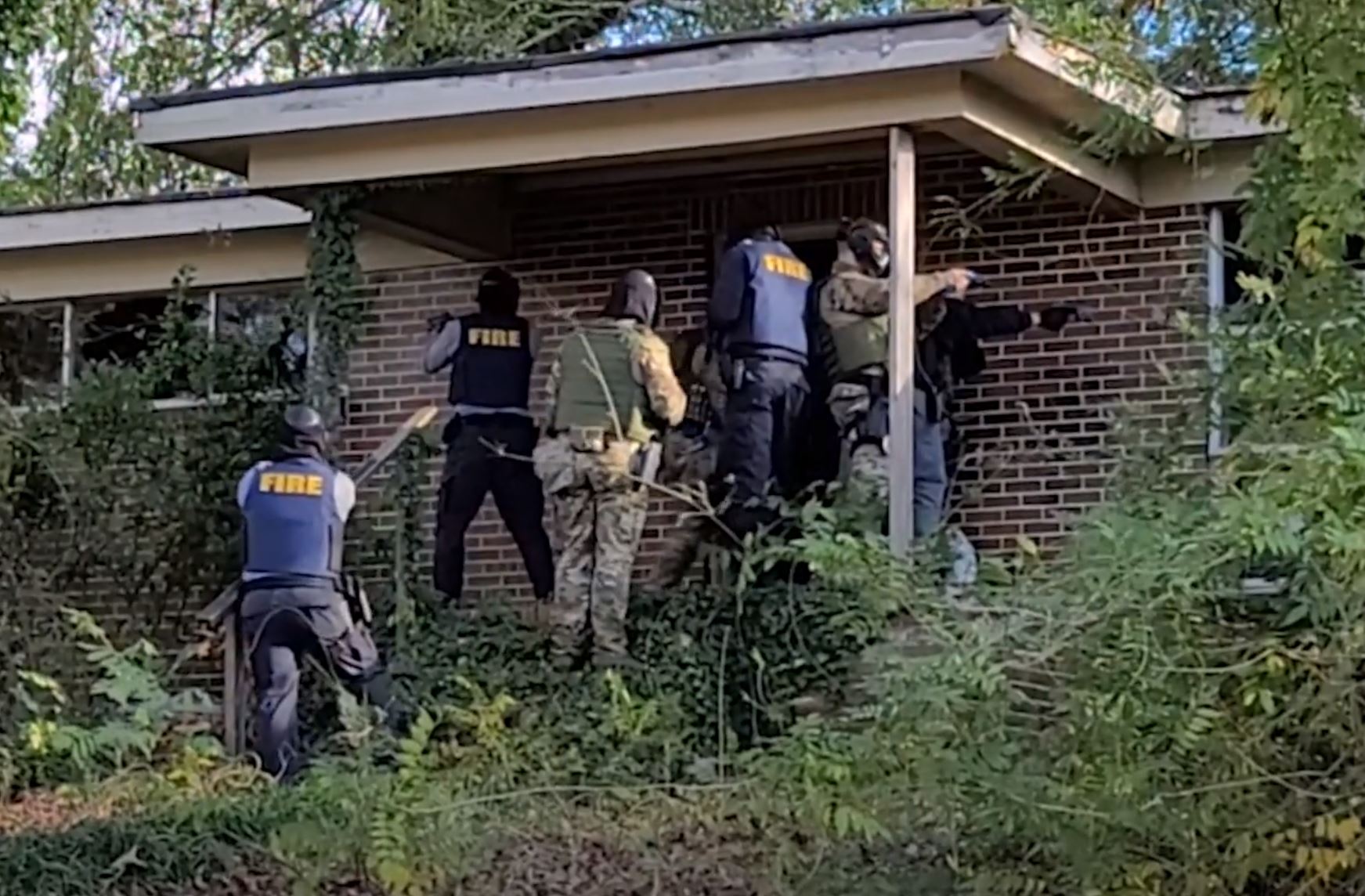 TRUSSVILLE — They’re suited up and ready to go. With every step, the job at hand gets more dangerous. As officers with the Trussville Police Department and medics with Trussville Fire & Rescue work together to take down criminals, they know their lives are at risk.

This isn’t a real-life scenario, but it’s giving the team the preparation it needs for high-risk operations.

The Trussville Police Department was recently approved to host its own basic SWAT school.

“We usually send people to Anniston to do basic SWAT school,” said Lt. Richard Lovell. “We started asking what the credentials were through APOSTC [Alabama Peace Officers Standards & Training Commission] and we had all of the credentials.”

The department was given permission to use the old Eastminster Presbyterian Church, off Highway 11, and its parsonage. With removable walls, organizers set up what looks like the inside of a house in the old church. The teams participating, including two police officers and five firefighters navigate the maze of walls to learn how to track down suspects and take them into custody.

In the parsonage, other officers act as suspects and they are taken down after an intense entry into the home. Each officer and firefighter is armed with “Simunition” which is non-lethal training ammunition similar to a 9 mm.

“They’re just a marking round,” Lovell said. “It’s a detergent that washes off but it hurts if they get it. It just gives a little realism to it.”

The firefighters are there to see what happens inside a raid or similar scenario. In a real-life situation such as a search warrant or standoff, these tact-medics would be standing by and standing close to render aid at a moment’s notice.

“They don’t do entries like this but we want them to go to SWAT school so they can see what we do,” Lovell explained. “They trail behind the team to each point that is clear.”

Armed with tourniquets, the tact-medics move in to save lives, when every second matters.