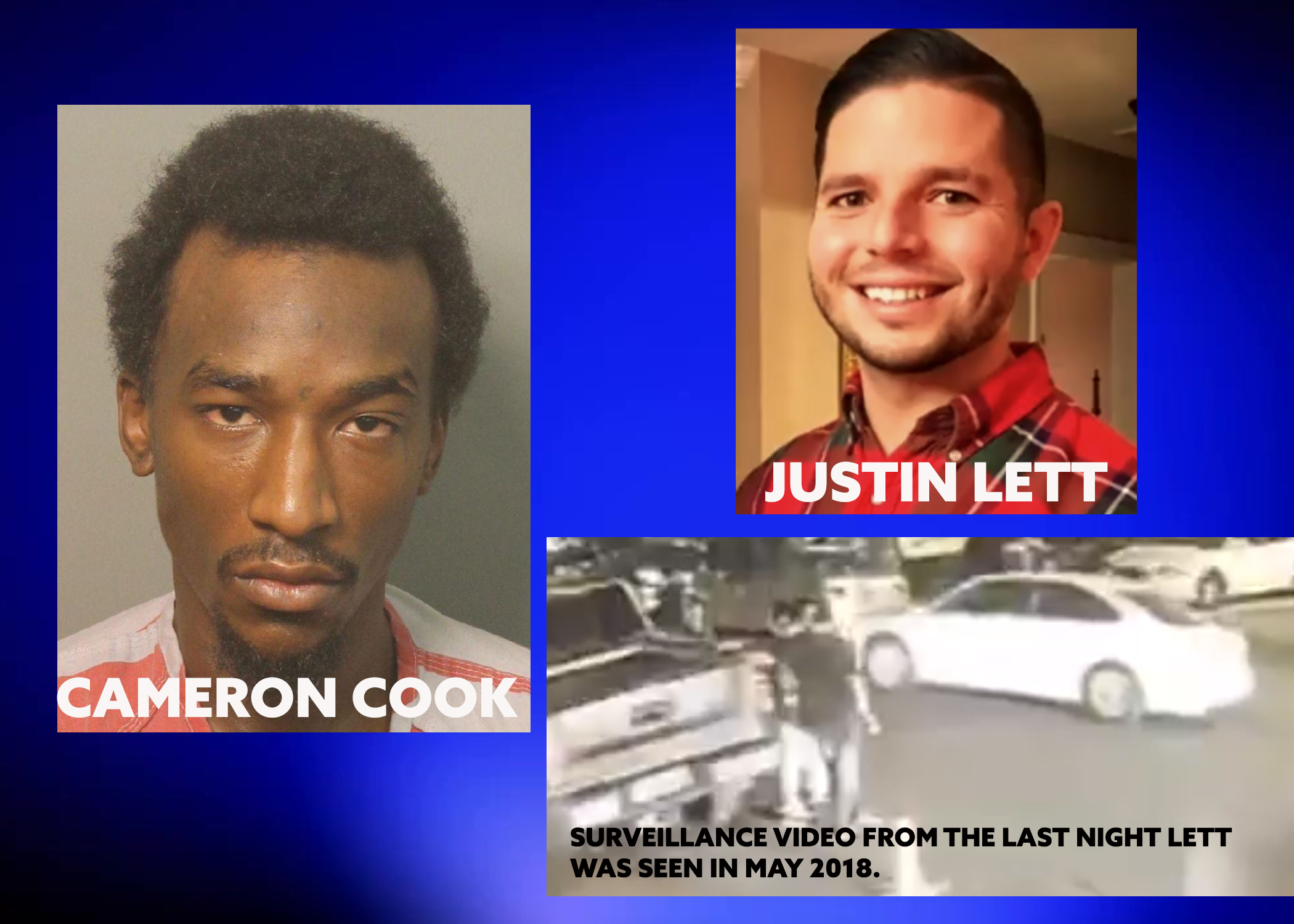 BIRMINGHAM — A man jailed on a capital murder charge in Birmingham is now charged in another death.

Cameron Cook, 29, of Birmingham, is charged with the murder of Justin Lett, who was last seen in 2018 on surveillance video in 5 Points South.

The Birmingham Police Department said detectives working on the two-and-a-half-year-old cold case were able to obtain warrants after an extensive investigation.

The murder of Lett and the murder Cook was already charged with both happened in 2018. Lett,28, disappeared on May 12, 2018, after being picked up outside of Marty’s in 5 Point South. He was seen leaving in a white sedan. His body was found two days later in the 1100 block of Appalachee Street. He had been shot multiple times.

Cook will remain in the Jefferson County Jail.