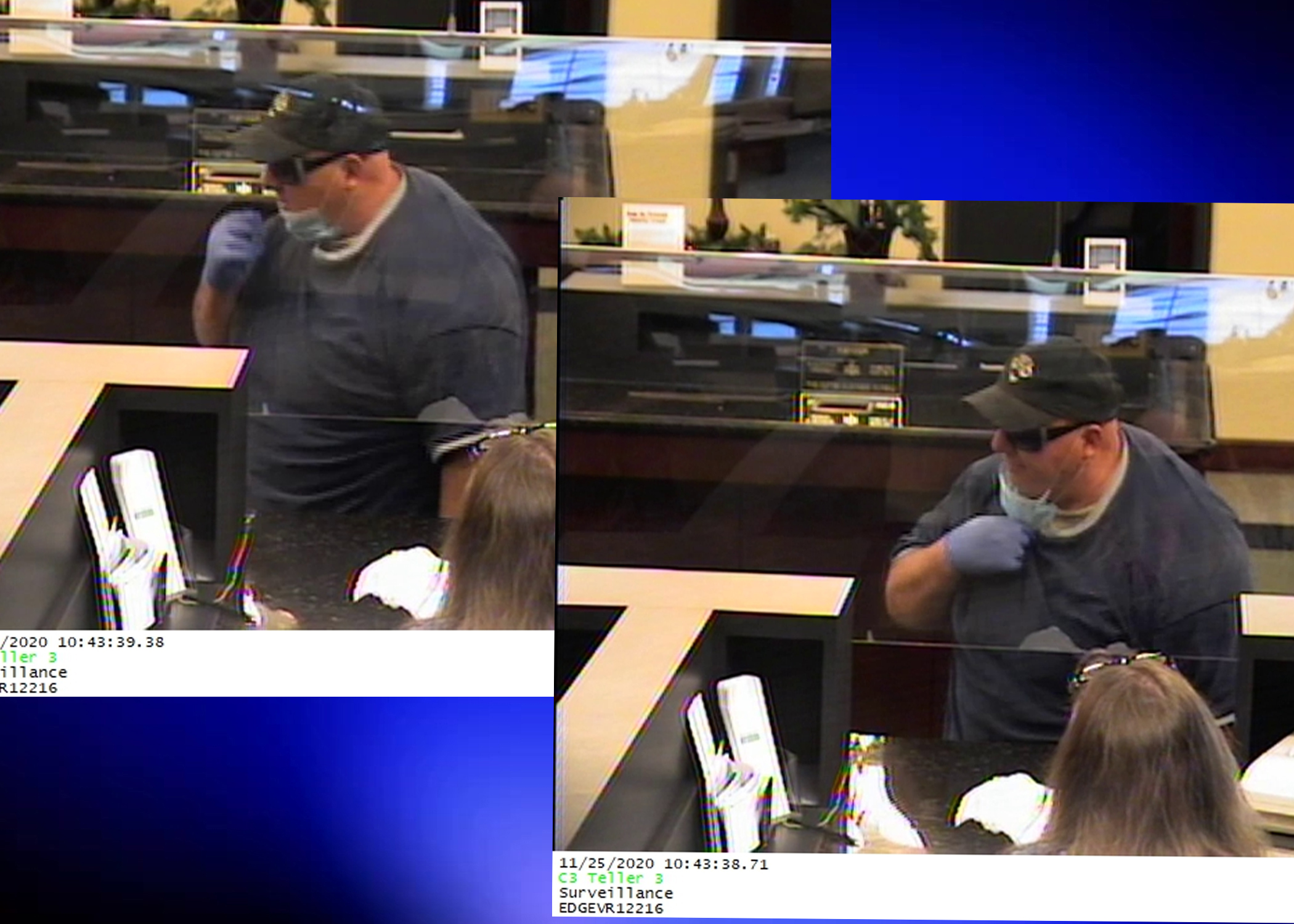 Both incidents happened on Wednesday, Nov. 25, 2020. First, police say he tried to rob the Pinnacle Bank in Trussville. They say he then went to the BBVA Bank located at 1560 Montgomery Highway in Hoover and robbed the bank.

Hoover Police say the man demanded money from the teller while lifting his shirt to display a handgun, which was tucked into his waistband.

According to reports, the suspect gave the teller a plastic bag and ordered him to place the money in the bag. After obtaining the cash, he left the bank.

The suspect is believed to be approximately 50 to 60 years old, standing 5-foot-6 and weighing 250-plus pounds.

If you recognize the man in the photos, you are asked to call Trussville or Hoover Police.