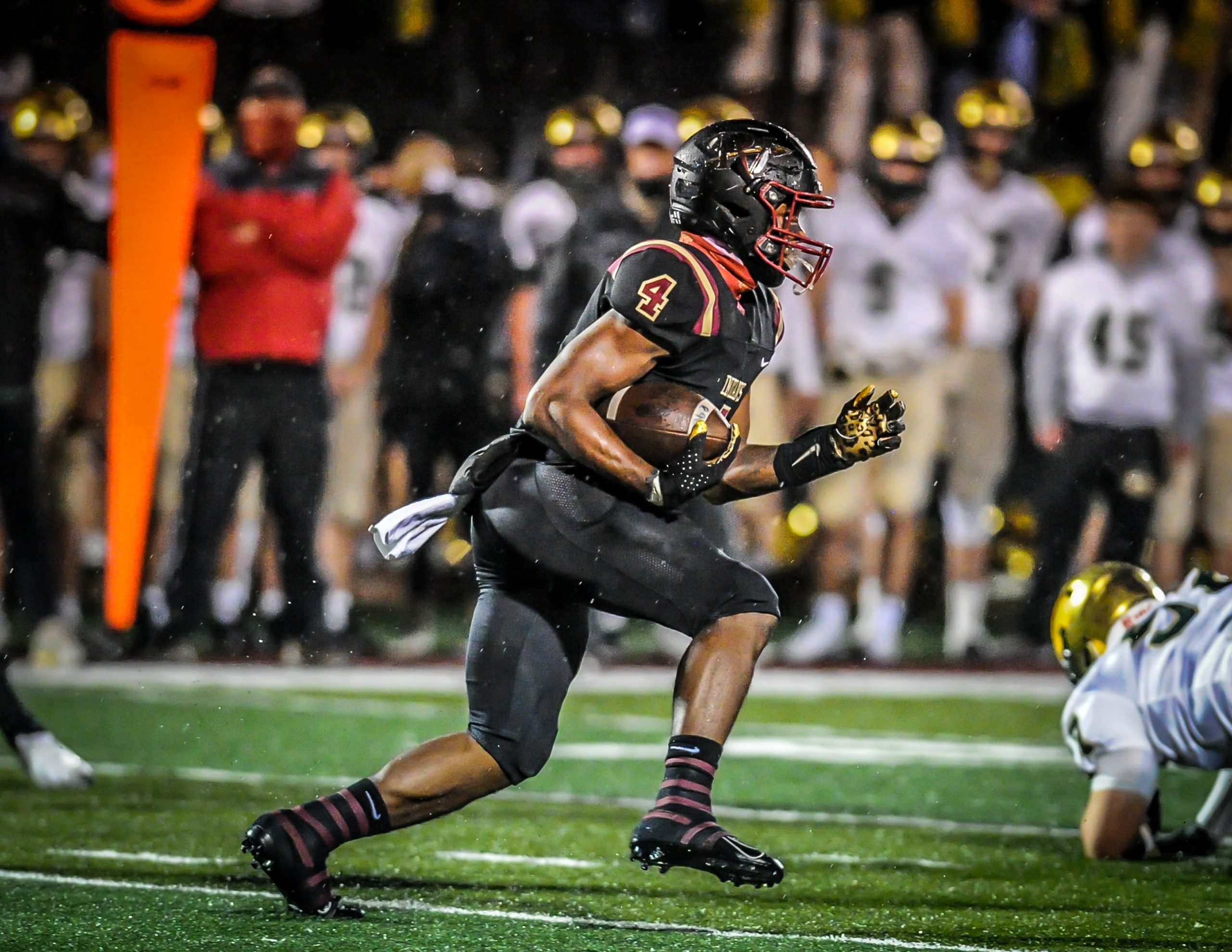 PINSON — The opportunity to throw the ball just wasn’t there last Friday night in the fourth-round of the Class 6 playoffs.

With constant rain showering the playing surface at Willie Adams stadium in Pinson, the third-ranked Indians turned to their running game to advance past No. 2 Mountain Brook, 27-10. In fact, Pinson Valley quarterback Zach Pyron attempted a season-low two passes with no completions in the soggy semifinal bout.

No passing, no receiving, no problem.

Junior running back Michael Sharpe Jr. provided the hot hand in a crowded backfield to capture his first Tribune Player of the Week award. He brought some serious pop for a grounded offense, averaging 20 yards per tote on his way to 160 big ones and two touchdowns.

Sharpe scored the first and last offensive touchdowns of the game, flashing 93 yards up the middle in the opening frame and later popping off a 39-yard effort late in the fourth.

The junior is sure to get more touches this Friday night when Pinson Valley plays for its third state crown in four years against No. 7 Spanish Fort.