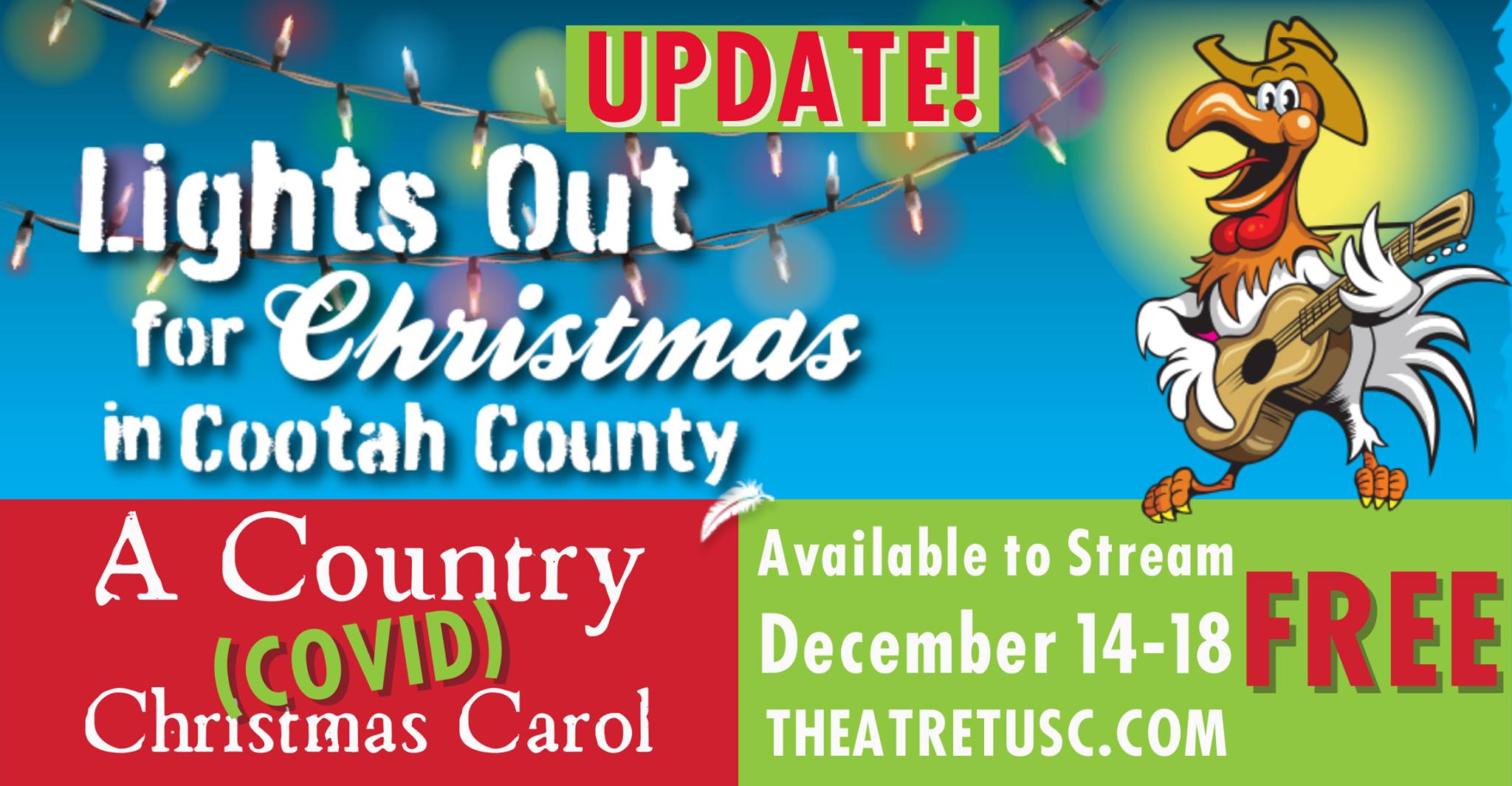 TUSCALOOSA — Theatre Tuscaloosa will be altering its plans for the premiere of the Stephen Tyler Davis original script, Lights Out for Christmas in Cootah County, to be available as a free, streamed show, from Monday, December 14 to Friday, December 18.

Originally planned to be the theatre’s first in-person event since the start of quarantine in March, Theatre Tuscaloosa’s leadership reconsidered in light of the steep rise in Coronavirus infections, hospitalizations, and mortality rates throughout the country. The organization has decided to reimagine the “Country COVID Christmas Carol” as a recorded showing that will be hosted on the organization’s YouTube channel and will be free for all who wish to watch.

“Our artists are working quickly to adapt the production to be staged in the Bean-Brown Theatre and then recorded for video streaming,” says Dianna Brown Shaw, Theatre Tuscaloosa’s Board President. “We hope that this format will allow even more people to enjoy it than if we had staged it live outdoors. Stephen Tyler Davis and the cast are very supportive of this new direction, and we’re working to ‘make it so.’”

This original play by Stephen Tyler Davis is a comedic adaptation of A Christmas Carol, set in the South in the fictional Cootah County, where the two biggest employers are Chucky’s Discount Cluckhouse and the Cootah County Power Company. The power company is owned by the stingy Emmet Scrudge (played by Adam Miller), who gives his customers no leeway when it comes to paying their bills on time. After Scrudge plans to turn off the power to the Cootah County Orphanage, the townsfolk (played by Drew Baker, Tina Turley, and Ernie Turley) take matters into their own hands to teach him a lesson about Christmas that he’ll never forget.

Stream this holiday special at www.YouTube.com/theatretusc from Monday, December 14 to Friday, December 18. More information is available at www.theatretusc.com or 205.391.2277.