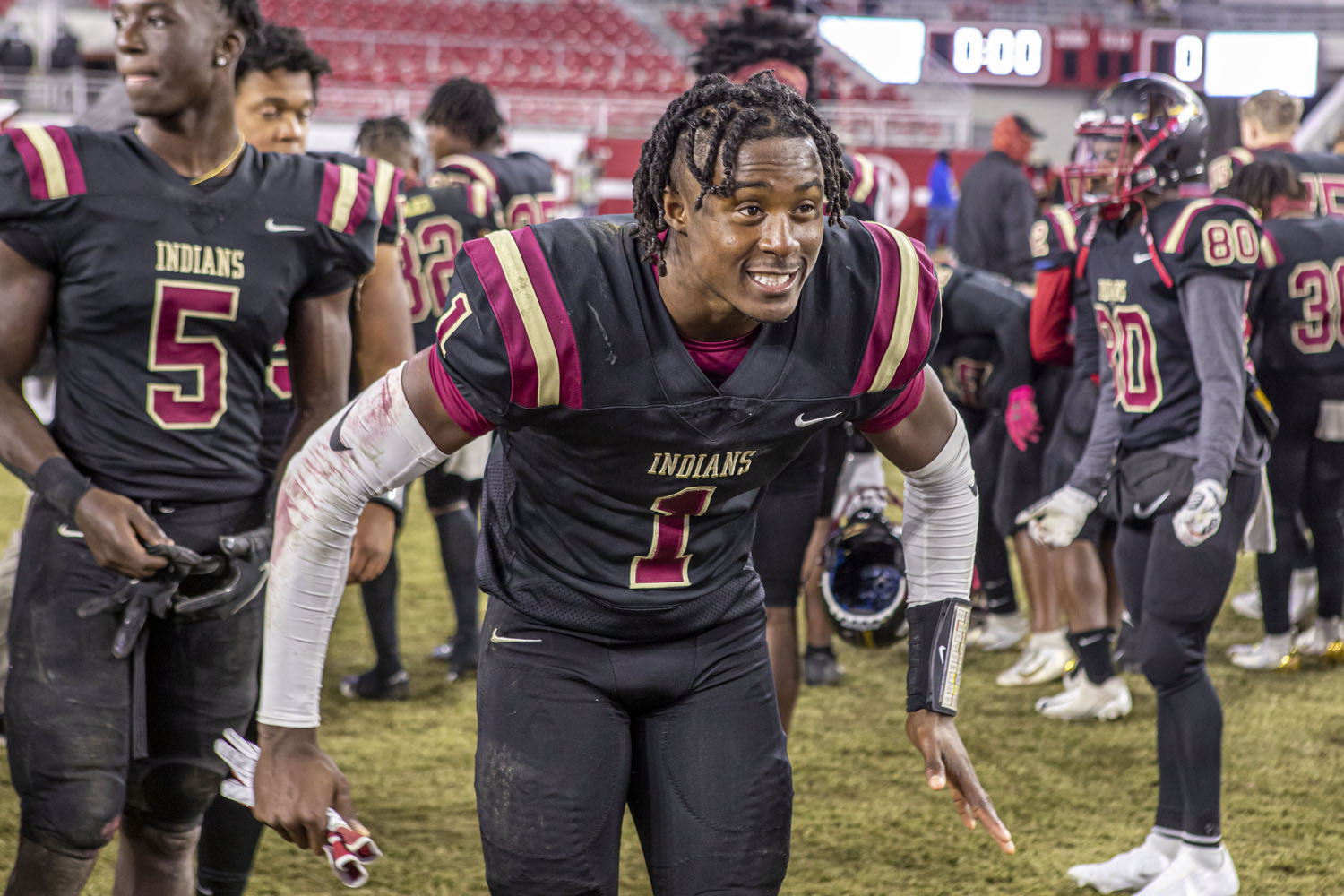 Pinson Valley senior Ga’Quincy McKinstry was named the MVP of the Class 6A state championship game on Dec. 4, 2020. Photo by Ron Burkett

The Alabama commit brought his A-game to Tuscaloosa last Friday night in the AHSAA Class 6A state championship game. In a come-from-behind effort, McKinstry reeled in the go-ahead touchdown reception from quarterback Zach Pyron with 9:15 remaining in the contest.

He went high for the reception across the middle and spun away from Spanish Fort defenders before pulling away from defenders for a 52-yard score that put the No.3-ranked Indians back on top for the first time of the second half, 17-13. Pyron would add some insurance about six minutes later with his second touchdown pass of the night — an 11-yard pitch to a wide-open Jaquel Fells Jr. that set the final tally at 23-13.

McKinstry, a 5-star prospect according to most recruiting services, was named MVP of the championship game thanks to five receptions for 89 yards and the timely touchdown.

For the Bama-bound senior, this is his third Tribune Player of the Week nod.