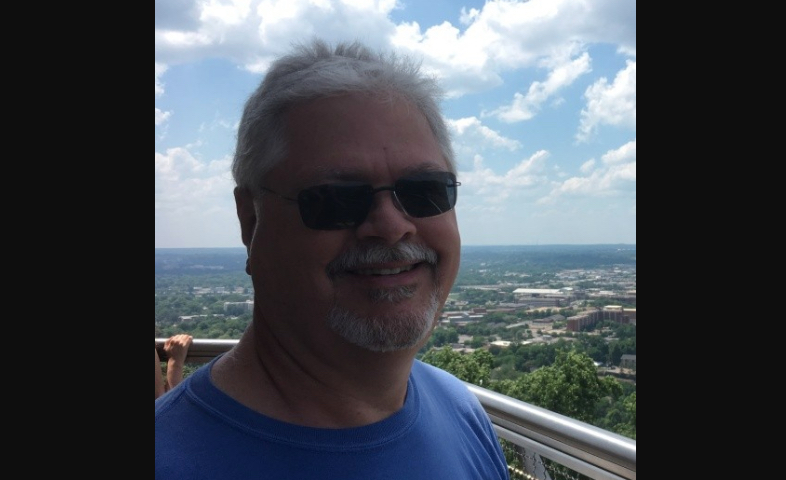 Randall “Randy” Bruce Nations passed away on Tuesday, Dec. 1, 2020, at the age of 63. Although his time on earth was cut unexpectedly short, Randy will be remembered by all as someone who loved life and radiated kindness and love in his interactions with all people.

Randy was born on Feb. 16, 1957, to William Leonard “W.L.” and Helen Nations in Birmingham, Alabama. During his early years, he lived with his parents in Minor, Alabama, and attended Minor High School where he was a proud member of the marching band and formed many lifelong friendships.

After high school, he attended RETS Electronic Institute in Birmingham and earned a computer technician certificate. He married Debra Crump Nations on Oct. 8, 1983, and relocated to Trussville, Alabama, where they later welcomed a daughter and son, Natalie and Ryan.

He loved his family deeply and was a proud father; recent grandfather to one-year-old grandson, James; and dog “parent” to two German Shepherds, Moses and Maxine. He talked about his family to almost anyone who would listen and cherished every moment he spent with them.

Because he “never met a stranger” and was always quick to lend a helping hand to anyone in need, Randy became a fast friend to nearly everyone he met. For much of his life, Randy worked as a computer technician and recently retired from Regions Bank.

In his spare time, Randy pursued his passion for live music as a member of the IATSE Local 78, Birmingham union, working as local crew for bands playing across Alabama, and he fervently rooted for the University of Alabama on every college football gameday.

Randy was preceded in death by his parents, William Leonard “W.L.” and Helen Nations, of Minor, Alabama, and his parents-in-law Ernest and Dorothy Crump of Jasper, Alabama. He is survived by his wife, Debra; daughter, Natalie Laseter, son-in-law Miles, and grandson James of Birmingham, Alabama; son, Ryan Nations and daughter-in-law Alaina (Krell) Nations of Birmingham, Alabama; brother Joe Nations and sister-in-law Karen (Posner) of Slidell, Louisiana; sister Paula Nations of Minor, Alabama; and many nieces, nephews, and friends and family.

May his kind spirit and love for others live on through the people whose lives he touched.

A graveside service will be held on Tuesday, Dec. 8 at 11 am at Jefferson Memorial in Trussville. In Lieu of flowers, the family requests that donations be made to the American Diabetes Association.