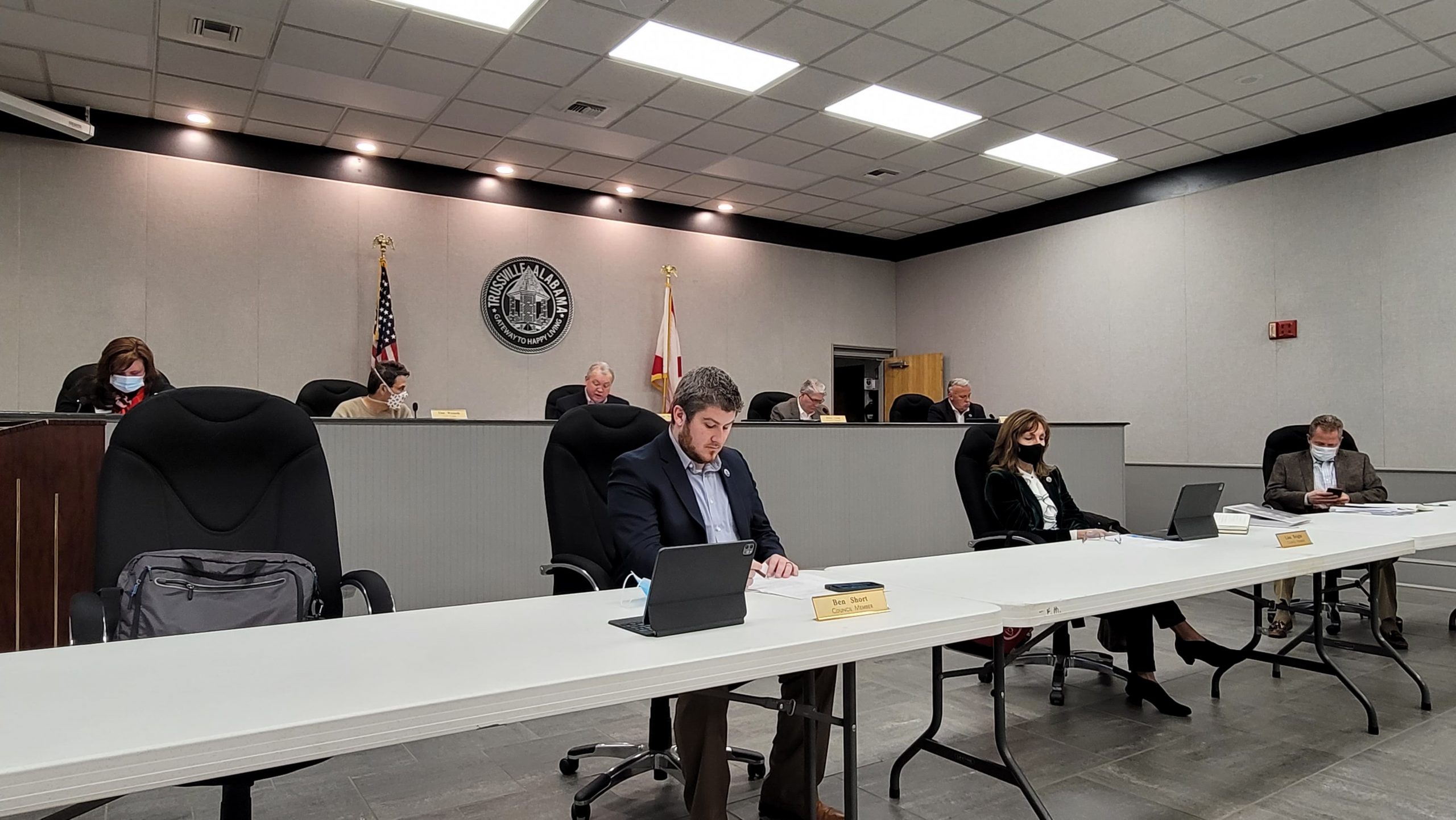 The Trussville City Council meets on Tuesday, Dec. 8, 2020, for a regular meeting.

The council also approved an application for restaurant retail liquor by Imperio Steakhouse & Grill.  The restaurant off Service Road and Chalkville Mountain Lane, is owned by Alex Muniz and his partners, Ernesto Tafoya and Hector Alvarez. On the menu, you can expect five different types of steaks, a variety of burgers, including Hawaiian and American, oysters, wings, mozzarella sticks, Tex-Mex options from the grill, soup and salad options and specialty drinks.

Tafoya answered questions from the council about his experience in the food industry and serving alcohol. Tofoya explained that anyone asking for an alcoholic beverage will be asked for an ID. He said his group is excited to give the people of Trussville the steakhouse they have been asking for. The restaurant will employ 15 – 20 people.

Councilor Ben Short abstained from the vote because of his business relationship with local restaurants. Short and his wife, Amanda, own Trussville To Go, a food delivery service. 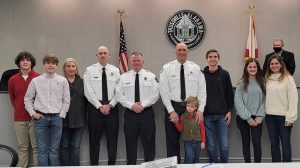 Chief Tim Shotts said he is proud of the work Moore and Jackson have done.

“There’s a lot of things I can say about these two guys…These guys deserve to be where they are,” Shotts said.

A proclamation honoring longtime Industrial Development Board member Clarence Boatwright was passed unanimously by the council. Boatwright was first appointed to the IDB in 1980 and was reappointed eight times in over 40 years.

“Clarence Boatwright was instrumental in bringing numerous businesses, such as Nexcell Synthetics (formerly Fibres South) and McPherson Oil, to the city,” the proclamation stated.

Boatwright served as Board Chairman during his time on the board. 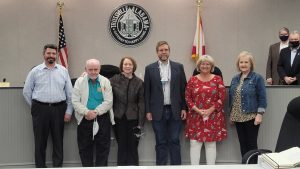 Jason Baker will be the new Library Director after Emily Tish retires Jan. 1, 2021.

The city council voted unanimously to promote Assistant Library Director Jason Baker to Director of the Trussville Public Library. The promotion will take place on Jan. 2, 2021.

Mayor Buddy Choat said Baker has done a phenomenal job at the library for over a decade.

“Particularly with the COVID and trying to work through that…we are proud to say he is one of ours after 11 years,” said Choat.

Council President Alan Taylor welcomed Baker to the position, which will be made vacant after current Library Director Emily Tish retired on Jan. 1.

“You’ve got really, really big shoes to fill,” Taylor said to Baker. “I know you know that. Emily has done a great job.” 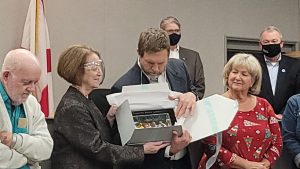 Outgoing Library Director Emily Tish was awarded a framed photo by the city of Trussville.

Tish was also recognized, thanked for her service and was gifted a framed photo of the day the new Trussville Public Library opened.

The following items were approved as part of the Consent Agenda:

During council comments, Councilor Lisa Bright recognized Trussville City Schools Superintendent Dr. Pattie Neill and BOE member Mark Sims who were in the social-distanced audience. Neill announced that from now on, there will be a representative from the school system at every council meeting.

Bright also announced that applications for the Industrial Development Board are currently being accepted. Anyone interested in volunteering on the board may submit an application online.

Councilor Perry Cook announced that the Parks and Recreation Department is hosting a free lacrosse clinic on Sunday, Dec. 13, from 2 p.m. until 4 p.m. Registration is ongoing at http://www.gbyla.org/.

Choat have an update on the Highway 11 widening project in downtown Trussville. He said work is now expected to begin in January or February of 2021. Bids have been received and are being reviewed at this time.

During the public hearing at the end of the meeting, Pinson Council Member Robbie Roberts addressed the council about an issue he has noticed at a site off Norrell Drive. Roberts, who works at the Grace School of Theology, said he has noticed the property of the former Lone Star Steakhouse has been left unkempt. Roberts said he wanted city leaders to be aware of weeds, overgrown shrubs and unsightly industrial items being left on the property. Mayor Choat told Roberts the city will get in touch with the owner of the property to have it cleaned up.

The next Trussville City Council meeting will be held on Thursday, Dec. 17, following a council workshop at 5:30 p.m., due to the Christmas holiday.