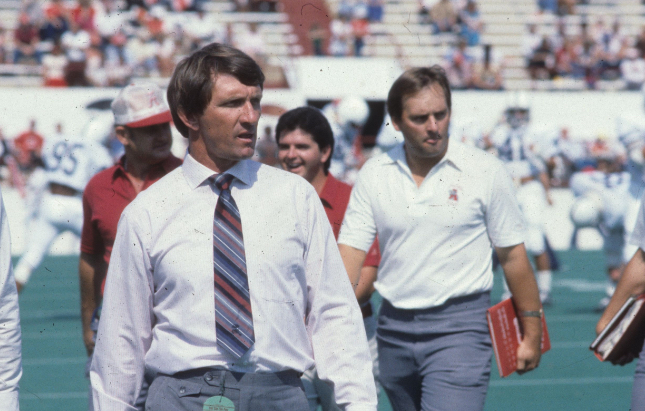 Perkins, 79, replaced Paul “Bear” Bryant as the Crimson Tide’s head coach in 1983 and held that position for four years, finishing with a record of 32-15-1.

While playing for Alabama, Perkins earned All-American honors as a receiver in 1966. He caught 33 passes for 490 yards and seven touchdowns that season. He went on to play professionally for the Baltimore Colts from 1967-71.

After his playing days, he got into coaching and eventually landed head coaching jobs with the New York Giants, the Crimson Tide, the Tampa Bay Bucs and the Arkansas State Red Wolves.

Perkins retired from coaching and lived out his final years in Tuscaloosa.