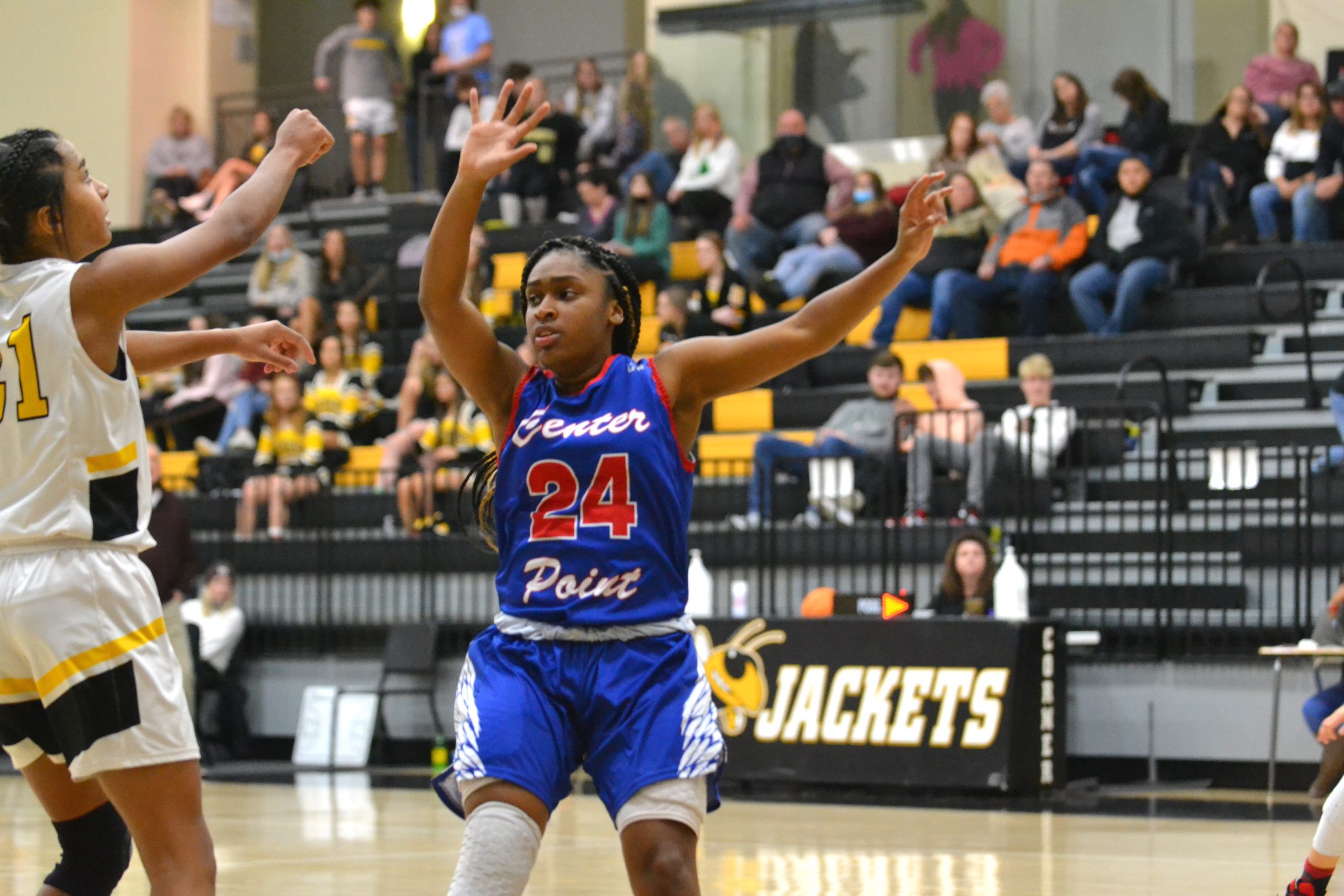 Center Point guard Aniyah Crenshaw defends the perimeter during a win at Corner on Dec. 15, 2020. Photo by Erik Harris

Eagles clip Corner in overtime, improve to 2-0 in Area 12

CORNER — The Center Point girls basketball team fought back from an early deficit on Tuesday night to score a 42-39 overtime victory at Corner.

Regulation ended with a 37-all tie and Kam Williams buried the difference maker from beyond the arc to send the visiting Eagles home with a 2-0 Class 5A, Area 12 record. Williams took advantage of an open look from the right corner for the opening score of the overtime period. Kiyla Calvin would later connect on a pair from the charity stripe and Corner sophomore Payton Cox missed the would-be equalizer at the horn.

Williams led Center Point with 23 points in the area win. She did most of her work from inside and was particularly effective in the second half, scoring 19 of her 23 points after intermission. 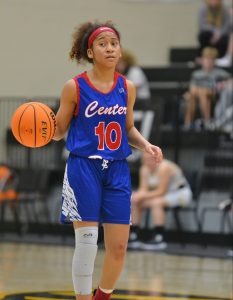 The Eagles trailed for much of the first half after Calvin started the contest with two makes from the free-throw line. Corner responded by working a 7-0 run and later went to the second frame with a 9-6 advantage.

The Jackets held Center Point to three field goals — two Calvin buckets and an Aniyah Crenshaw triple from straight on — throughout the second quarter and went to the break leading 17-16.

Calvin and Williams went to work in the third, pouring in four baskets between the pair to put their Eagles out front 27-25 going into the fourth. Calvin, the team’s primary point guard, shot inside for two offensive rebounds that turned into five third-quarter points. She later connected on a late-fourth quarter 3 that gave Center Point a 36-33 cushion with less than a minute remaining, but Corner sophomore Jessica Shubert got out in transition to even things at 37-all and ultimately force overtime.

Center Point is back in action on Thursday night when Helena travels in.