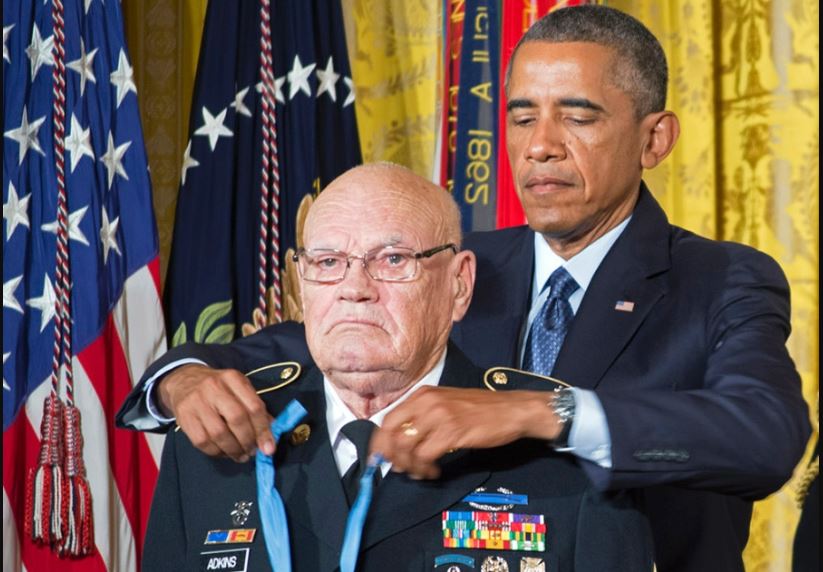 MONTGOMERY, Ala. (AP) — Flags were lowered across Alabama on Wednesday to honor Medal of Honor recipient Bennie G. Adkins of Opelika, who died from COVID-19 earlier this year.

Gov. Kay Ivey issued the order to mark the funeral of the retired Army command sergeant major, who received the nation’s highest military honor in 2014 for his heroism during the Vietnam War.

Adkins died in April at the age of 86 after developing the illness caused by the new coronavirus. Adkins’ funeral was delayed because of the pandemic, but services were set for Wednesday morning at Arlington National Cemetery.

Adkins will be buried with full military honors beside his late wife, who died last year.