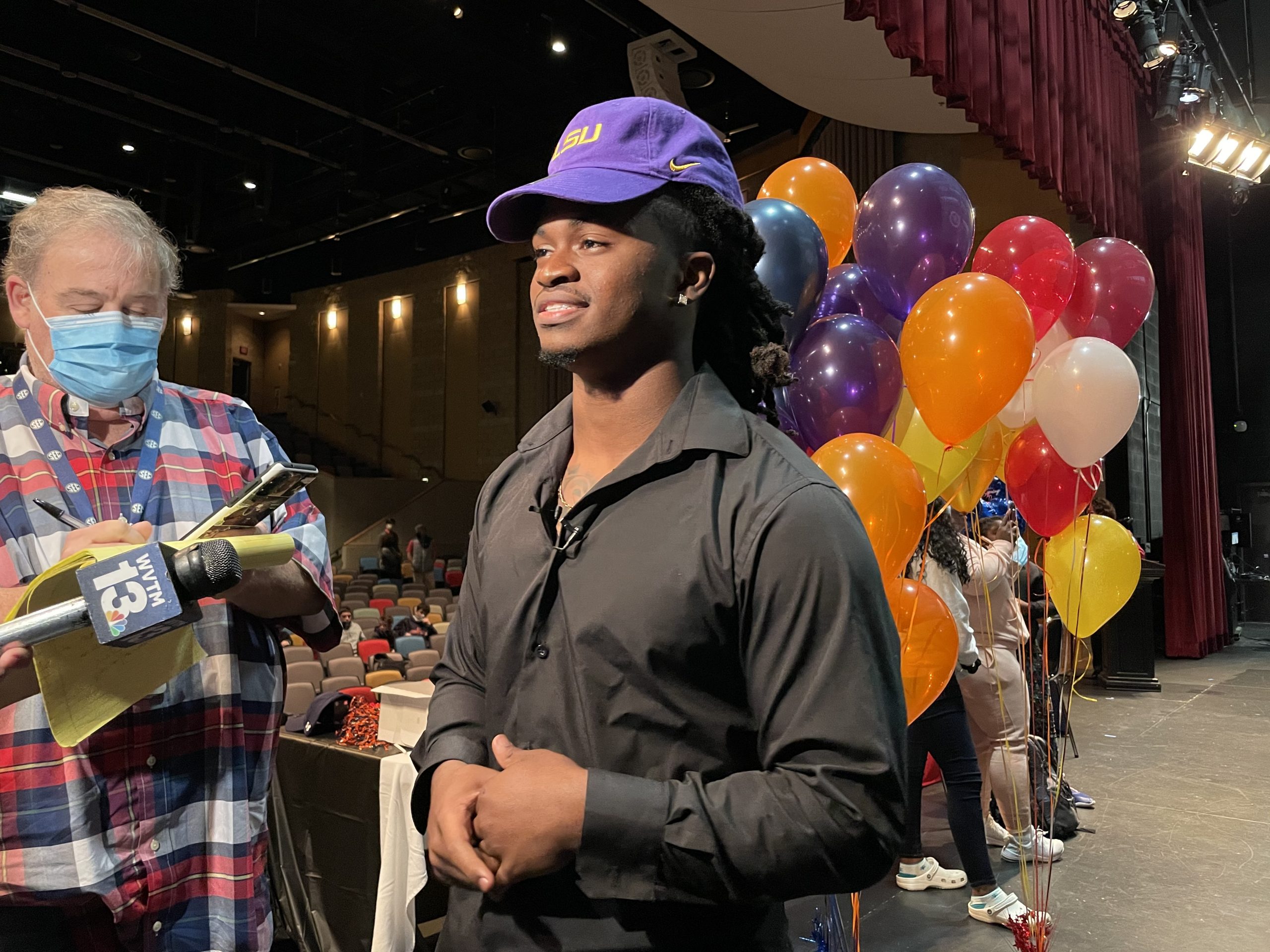 Hewitt-Trussville running back Armoni Goodwin signed a scholarship to LSU on Dec. 16, 2020. Photo by Erik Harris

Goodwin can now add his name to that list after ending his recruitment by choosing LSU over Auburn, Alabama and Florida State during a signing ceremony on Wednesday night in the school’s auditorium.

He says he decided on the Tigers about three weeks ago, telling only his family and closest friends.

Goodwin, a 4-star prospect according to numerous recruiting services, originally committed to Auburn in May 2019, but backed off his pledge on Nov. 30, following his senior season. The 5-foot-8 senior broke the career rushing record at Hewitt-Trussville with 3,367 yards and 43 scores in 26 games played.

He ended his record-setting prep career with a strong senior campaign, churning up 1,422 yards and 18 touchdowns on 152 carries (9.4 yards per rush) for the Huskies en route to the Class 7A quarterfinals. 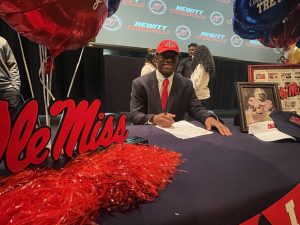 Washington served as Hewitt’s top cover corner this season, and stuck with his July commitment on Wednesday by signing with Lane Kiffin’s Ole Miss Rebels.

“Every time I get on the phone with them it’s always fun, good environment, good vibes and that was really big in my recruitment,” said Washington of the Ole Miss program.

What are the Rebels getting in the Trussville product? “Physical, leader off the field and just a consistent playmaker,” Washington answered.

Covering the opponent’s top receiver week in and week out, Washington finished his senior year with two interceptions and 46 tackles.

Edwards, a Georgia Southern signee, was a difference maker on the Hewitt-Trussville defense this fall. The 6-foot-2 senior pulled down a team-high four interceptions to go with 70 solo tackles, including nine tackles for loss.

“Mike has had a great career here,” said Floyd. “He’s a very versitile player. He played a lot of different spots on defense for us. I’m an offensive coach, so I hated going against him every day in practice, because he just makes plays.”