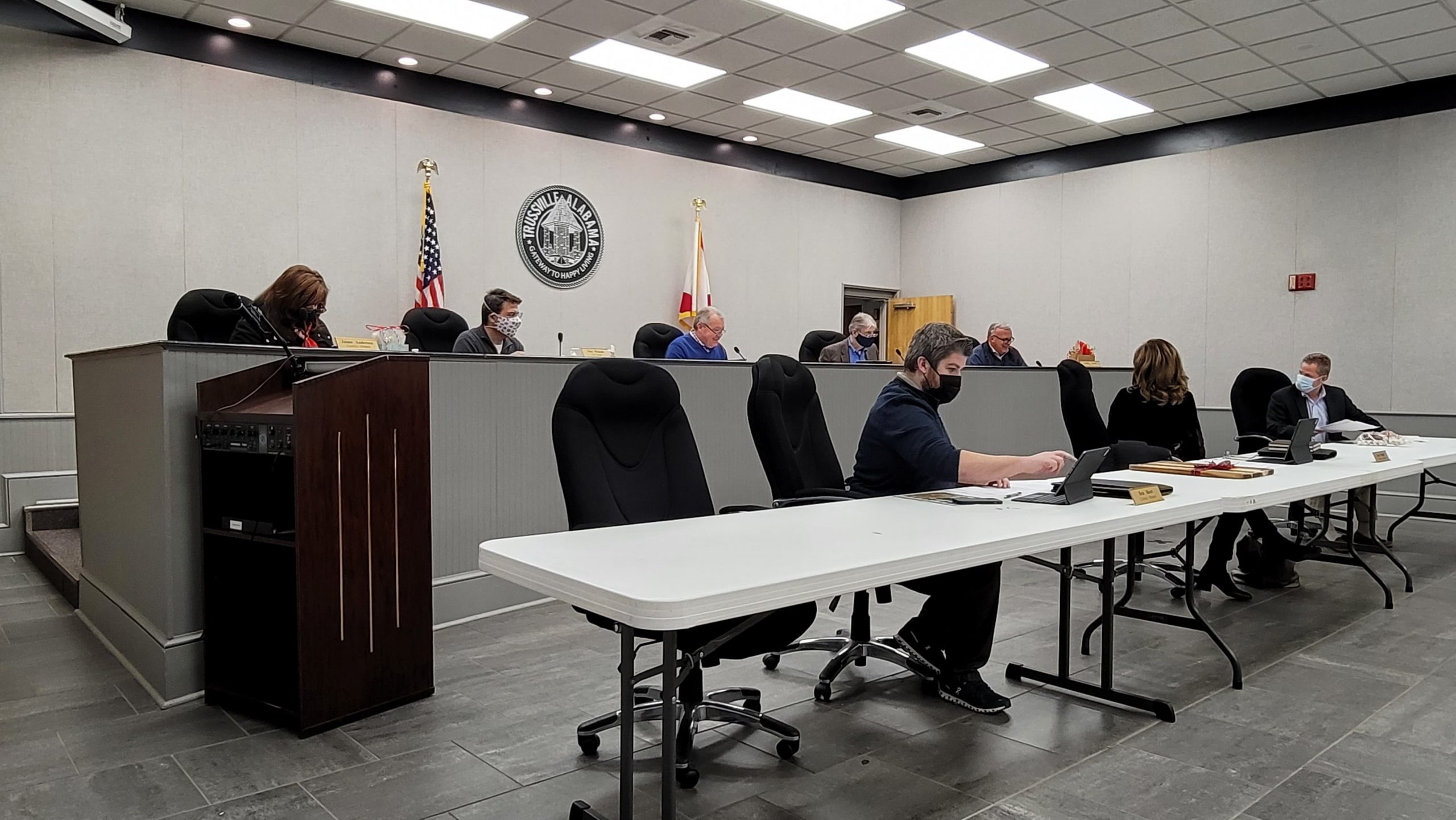 TRUSSVILLE — The Trussville City Council met five days early for its last meeting of the month, on Thursday, Dec. 17, 2020. The council held its workshop and meeting on the same night.

The council passed a proclamation establishing that January 2021 will be Human Trafficking Awareness Month in Trussville.

Julia Meyers, with the Junior League of Birmingham, addressed the council about the importance of enhancing public welfare and awareness of human trafficking. Meyers said human trafficking is a form of modern-day slavery. 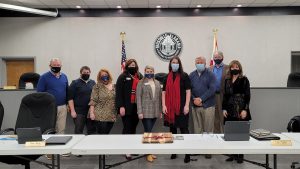 The Trussville City Council passed a proclamation establishing that January 2021 will be Human Trafficking Awareness Month in Trussville. Representatives from the Junior League of Birmingham met with councilors on Thursday, Dec. 17, 2020.

“Human trafficking is a $150 billion industry, globally,” said Meyers. “But did you know that Americans are the number one consumer? We are the problem. America is the problem so, we have to do something about that.”

Homeland security estimates human trafficking is a $110 million industry every year in the Birmingham-metro.

This is the third year the city of Trussville has supported Human Trafficking Awareness.  The city also partners with the Child Trafficking Solutions Project by declaring Trussville a “trafficking free zone.”

The council unanimously passed a resolution to abate a building on Snake Hill Road. The property, at 220 Snake Hill Road, has been a problem since June of 2015, according to City Inspector Scott Mann.

“Someone from that property came to pull a fence permit and ended up doing a full-house remodel and an addition on the back side of the house,” said Mann.

Mann said the city put a stop order on the work but it resumed in 2018 without the owner obtaining a permit. Inspectors said violations found at the property included unsafe electrical wiring, no guardrails on stairs, and an unsafe pool structure. Code violations cited included tall grass and vehicles parked in the yard.

No one representing the property attended the meeting to respond to the city’s allegations.

The resolution authorizes the city to revoke a certificate of occupancy, board up the building, enter the building, make repairs or demolish the building and “take any other actions to protect the health and safety of the public.”

In other business, the council tabled an agreement between the city and Trussville City Schools on the use of facilities. The reciprocal agreement states that schools have priority use of school facilities and the city has priority use of city facilities. However, the two entities would agree to “memorialize their longstanding informal reciprocal use agreement in writing to facilitate better understanding of each party’s role in the continued relationship between the parties and to organize, to promote, and to conduct programs and activities that further the education, health and general welfare of the community.”

Discussions of a formal agreement came about after representatives for the Trussville Lacrosse teams were denied usage of Husky Field.

According to the school system’s website, Hewitt-Trussville Stadium is a state-of-the-art, $14.6 million facility. Husky Field has artificial turf, which cost about $400,000. Those asking for use of the stadium said since the city of Trussville spent thousands of taxpayer dollars to build the stadium, the city should have the right to allow teams in the city to use it. However, it was unclear who makes decisions concerning the use of Husky Field because there was no written agreement on the matter, according to city leaders.

Councilor Perry Cook requested any third-party language in the agreement draft be removed. City attorneys will rework the agreement and present it to the council at their next meeting in January. After the city council approves an agreement, it will be sent to the Trussville City Schools Board of Education for review and approval.

The city’s Industrial Development Board (IDB) recently requested to amend its articles of incorporation to change its board size from nine members to seven members. The council approved the move during Thursday’s meeting.

Smith Roofing LLC will purchase a piece of IDB property after the council passed a resolution authorizing the sale. The property is located within the city’s Industrial Park.

In other business, the city passed a resolution confirming the Trussville Redevelopment Authority’s (TRA) tax status. The resolution states that TRA is a public corporation “established by the city under its authority” therefore all real and personal property held by TRA should be tax-exempt.

The resolution came at the request of the Jefferson County Tax Assessor’s Office.

The council voted to annex a parcel of property at 303 Mobile Avenue into the city of Trussville.

As part of the consent agenda, the city declared various City Hall assets as surplus. The items included an electric typewriter, a calculator machine and a shredder that are no longer in use.

The city council also approved the hiring of Janice Gallagher as a part-time Front Desk Assistant.

Trussville Fire & Rescue Paramedic Matthew Panepento was promoted to Lieutenant. There will be a pinning ceremony for the promotion in January.

Before adjourning, the council voted to move Thursday evening workshops from 5:30 p.m. to 5 p.m. The change will go into effect in January.