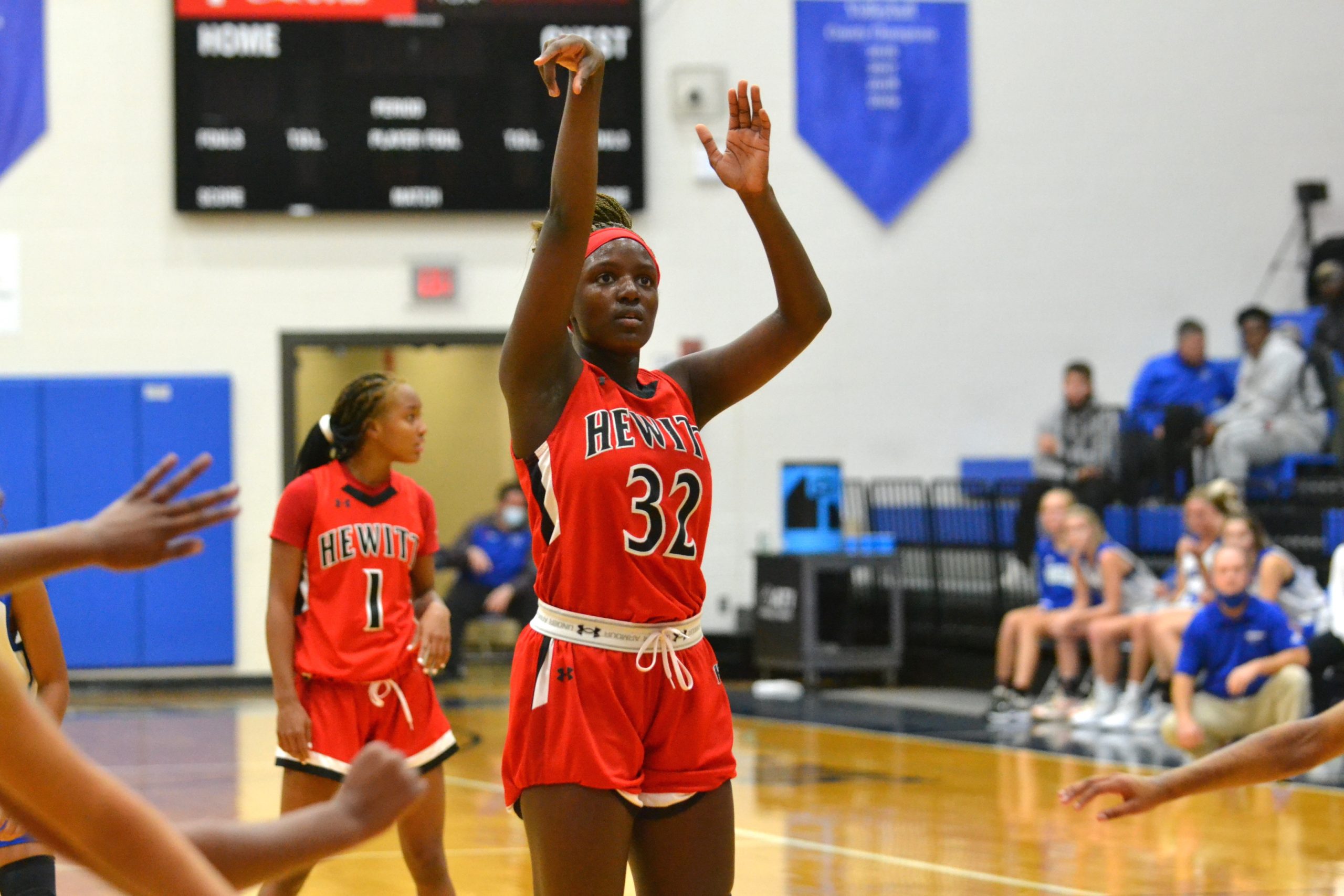 Hewitt-Trussville senior Amiya Payne follows through on a free-throw attempt on Nov. 17, 2020 in Kimberly. Photo by Erik Harris

Payne led the way with 24 points and eight rebounds as her second-ranked Huskies improved to 13-0 on the year. Point guard Jordan Hunter added 12 points and five boards in the win.

The Clay-Chalkville boys have punched their ticket to the Oak Mountain Invitational championship game thanks to a Friday-night win over the host Eagles.

Donovan Shangase and Jonathan Harris led the Cougars (5-2) with 11 points apiece as they pulled away with an impressive 56-39 win. Clay-Chalkville will take on Spain Park, who took Pleasant Grove 61-53 in the semifinals, in the championship game Saturday.

On its way to the tournament finals, Clay-Chalkville earned wins over Southside-Gadsden (56-40) and Oak Mountain (56-39).