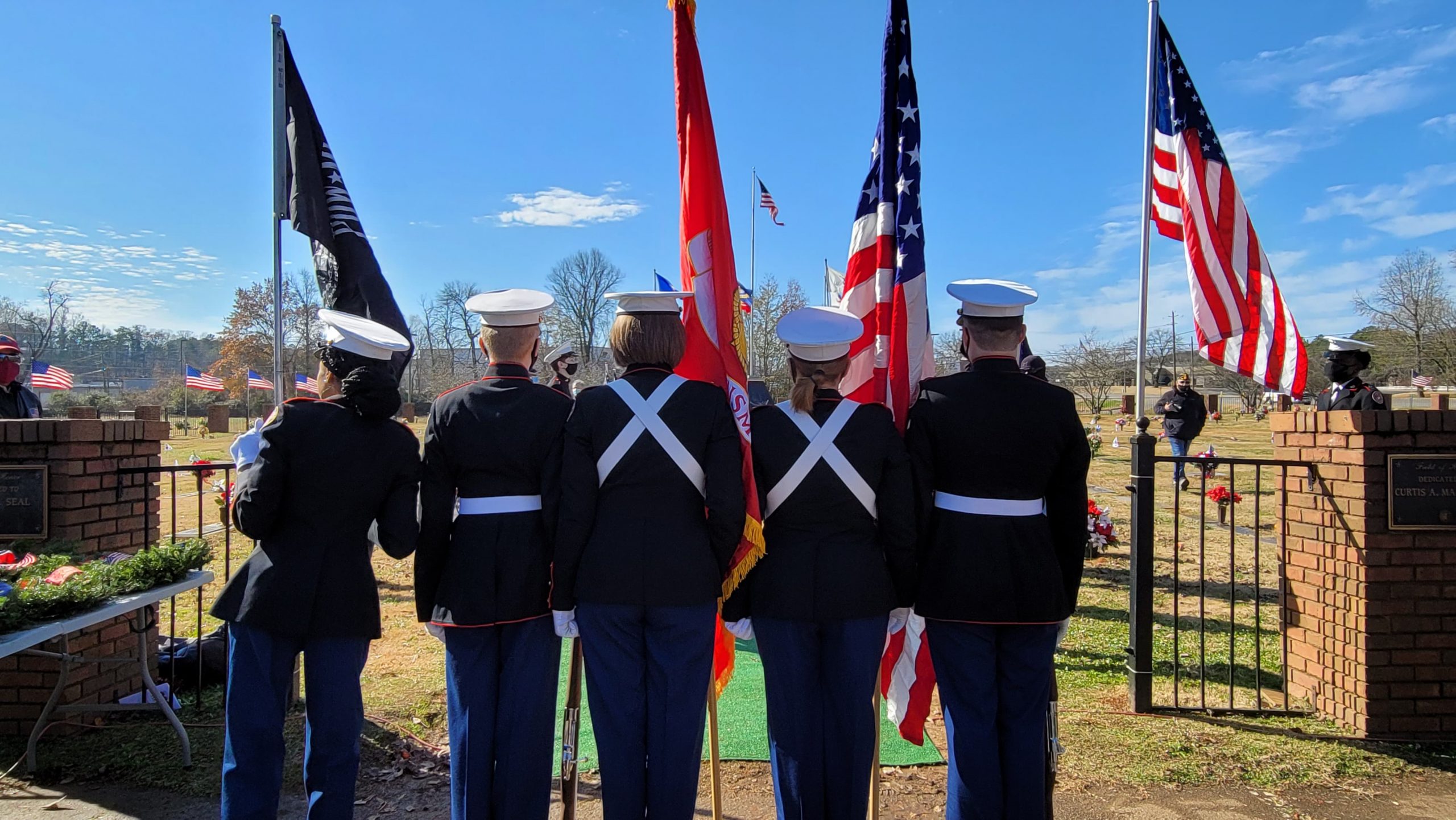 VIDEO: Wreaths Across America 2020 at Jefferson Memorial Gardens in Trussville

TRUSSVILLE — The 2020 Wreaths Across America in Trussville was a success at Jefferson Memorial Gardens on Saturday, Dec. 19.

The American Legion SSG Michael W. Hosey Post 205 Clay-Trussville and Three Hots and a Cot came together to honor those who fought for American freedoms.

The ceremony at Jefferson Memorial Gardens began with the sound of cannons fired by the Alabama Artillery Group. Following the demonstration came a moment of silence. Taps was played on bagpipes, while veterans and active duty personnel stood stoically around the Veterans’ section of the cemetery.

Trussville Fire and Rescue flew a large United States flag with a ladder truck. Dozens of community members, including Trussville Mayor Buddy Choat, surrounded the ceremony as wreaths were placed for all branches of the military. As the procession made its way to place the wreaths, it was surrounded by members of the Marine Corps League and American Legion SSG Michael W. Hosey Post 205.

USMC LtCol Troy Cable addressed the crowd, reminding the crowd about the sacrifices made.

“The freedoms we enjoy today have not come without a price,” said Cable.

The five Gold Star families were representing the following men who lost their lives:

Kelley Stephen Prewitt was killed in action on April 16, 2003. He was a graduate of the Cathedral of the Cross in Center Point. He was awarded the Purple Heart and a Bronze Star. He was 24.

Wreaths Across America is a national project that coordinates wreath-laying ceremonies at over 1,600 locations across the United States. The mission is to place a wreath on every veteran’s grave throughout the nation.

Trussville Mayor Buddy Choat said he is proud to know his city is a place where people come to honor veterans.

“I think it’s special,” said Choat. “We can do our part to honor those who have given us the freedom to be here today and to be in Trussville, Alabama is just symbolic of what it means not only to our city but to our country.”

Choat said he is honored to be able to take part in the event each year.

Beginning in 2021, the American Legion Post 205 will take over the organization of the annual event. Clay Mayor Charles Webster was also in attendance and said he is thankful to have such a wonderful organization in his city.

“Since we got the American Legion Post 205 in Clay, it is great to have them take this over,” said Webster. “We’re excited about the city of Clay being a part of this and thankful for that. We plan on supporting it for many years.”

Wayne O’dell, veteran and president of the Birmingham Fleet Reserve Association (branch 112) and spokesperson for Three Hots and A Cot, was presented a plaque for years of organizing Wreaths Across America.

Also honored, was Eddie Seal with Jefferson Memorial and Rich Cislak with Three Hots and a Cot.

Those at the ceremony were masked and practice social distancing.

You can see video and a photo gallery below. 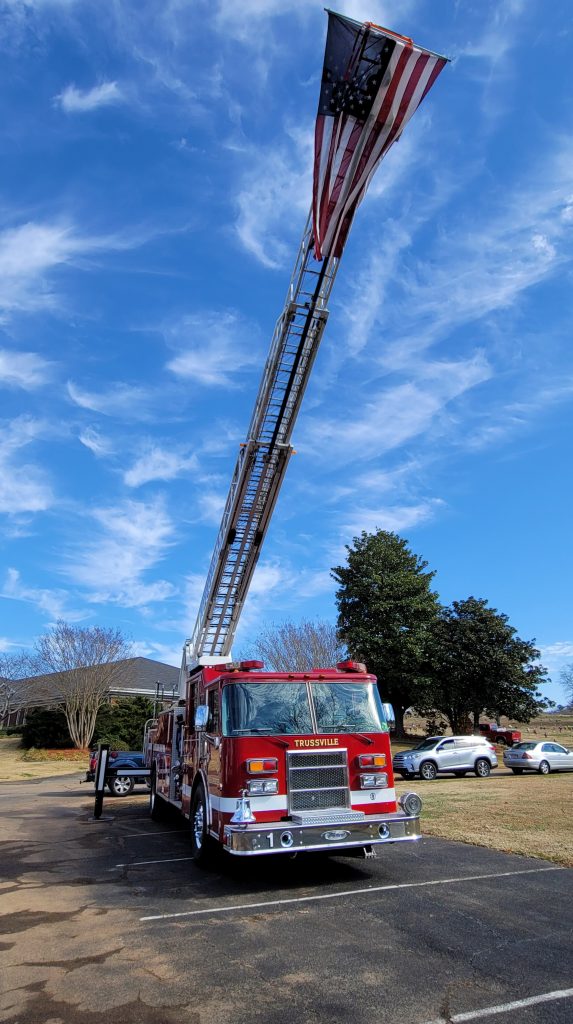 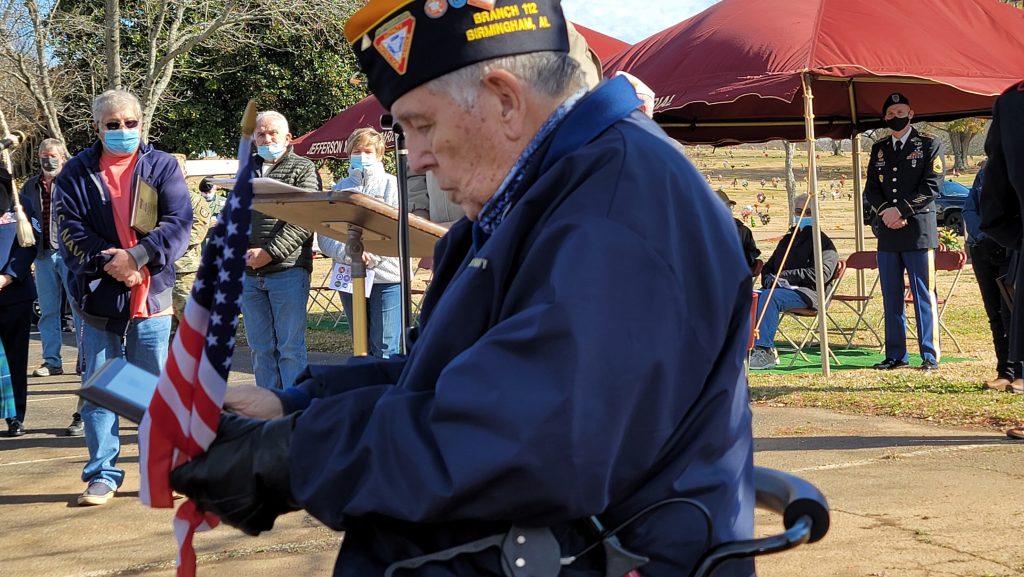 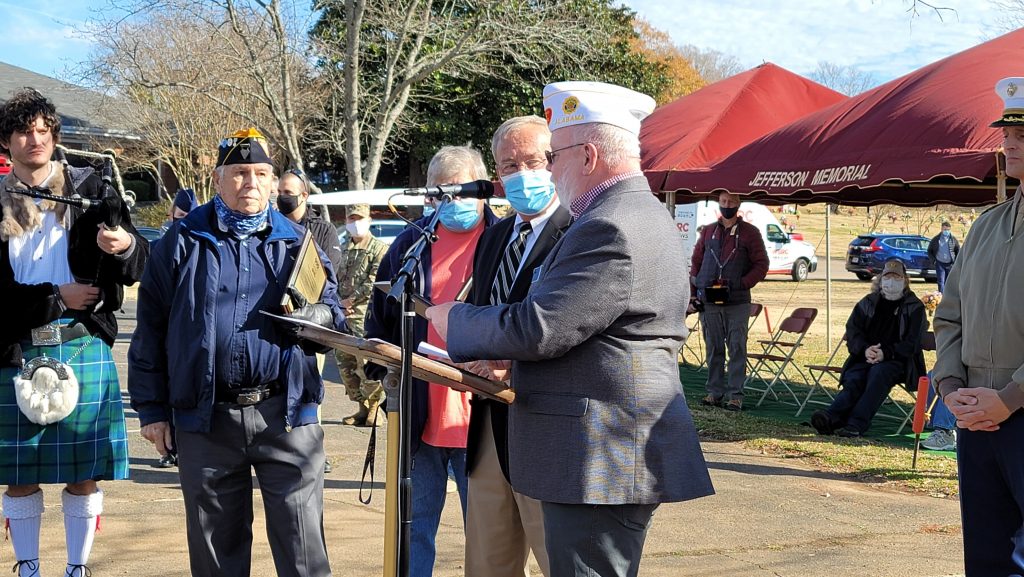 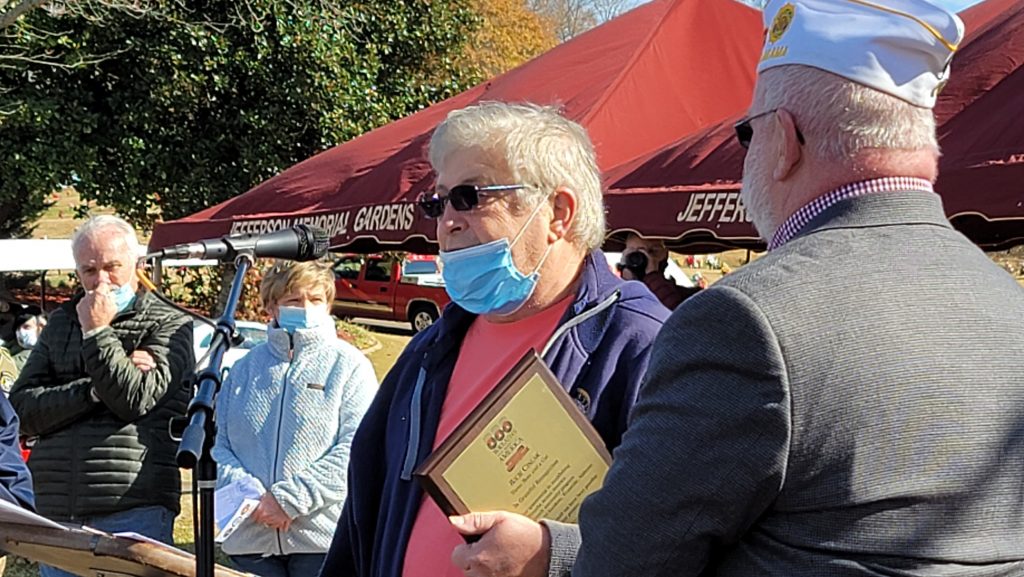 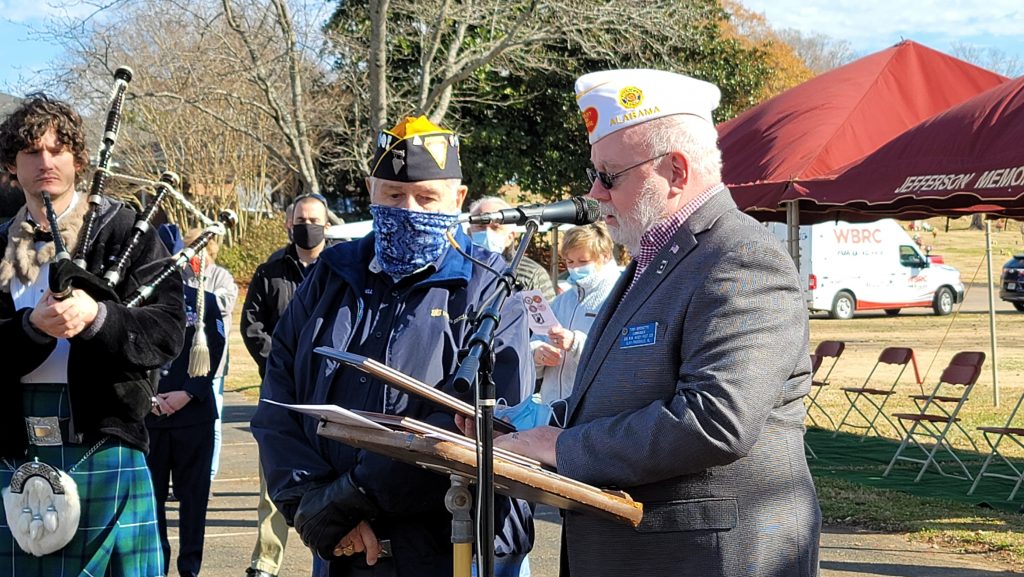 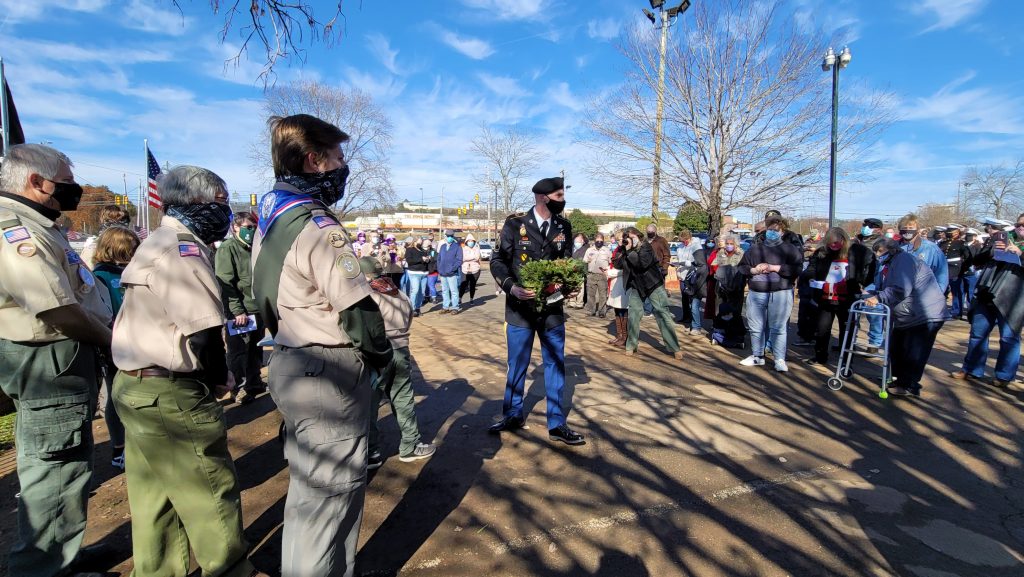 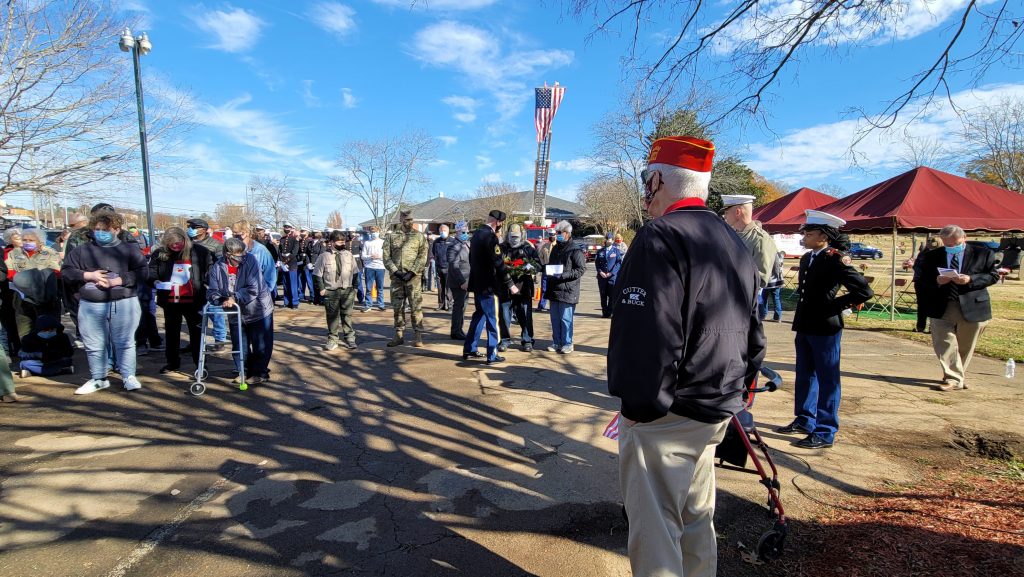 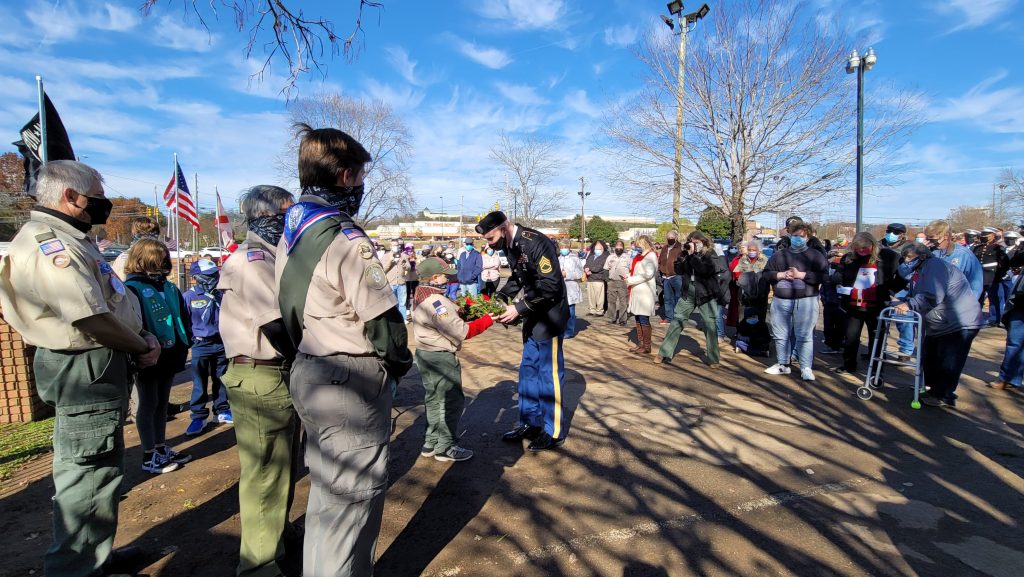 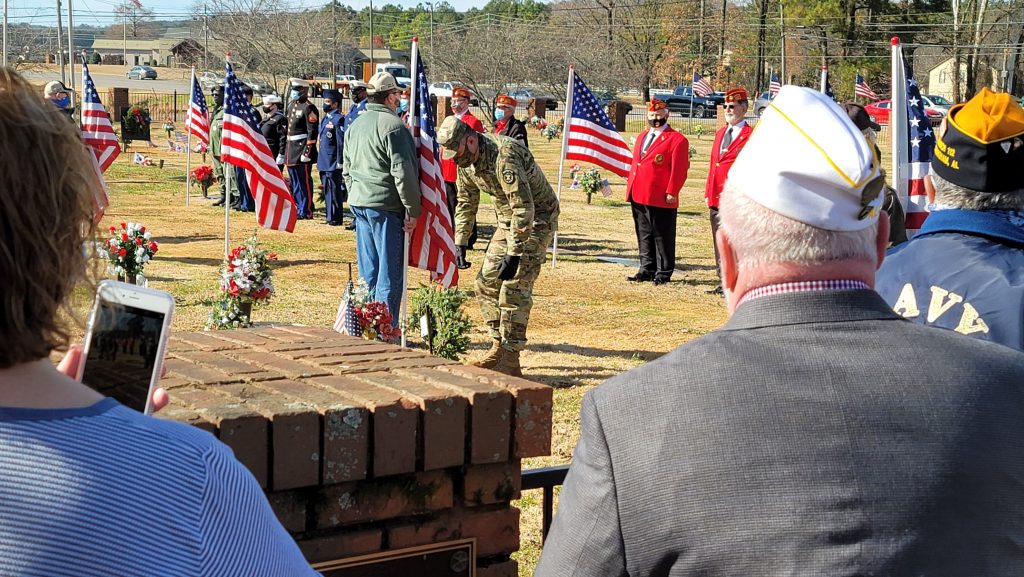 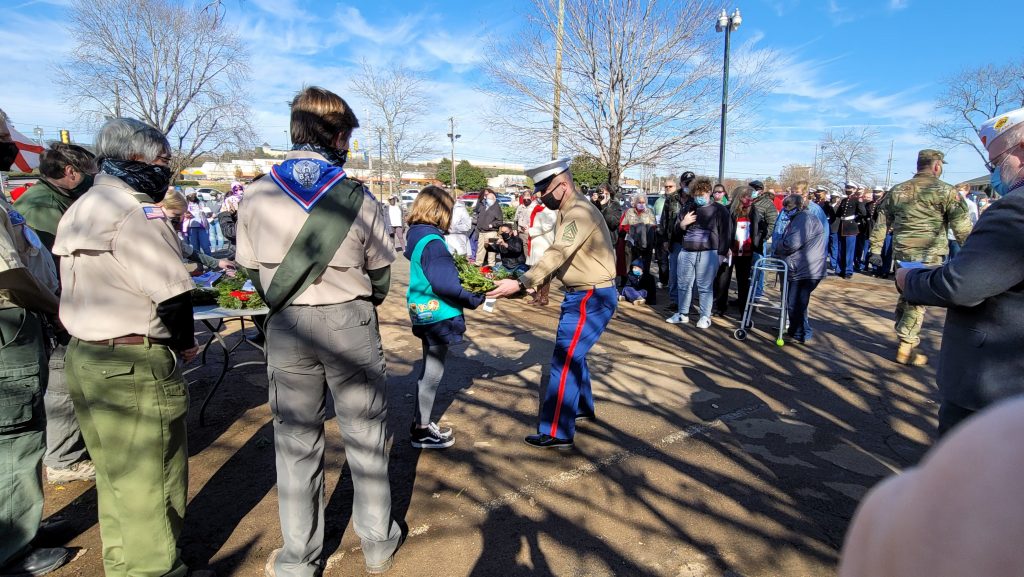 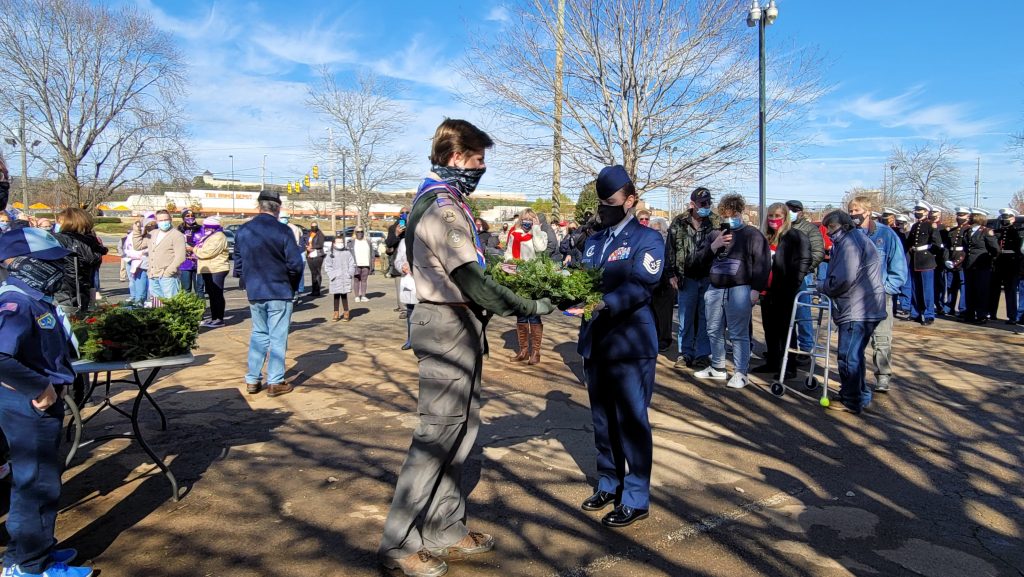 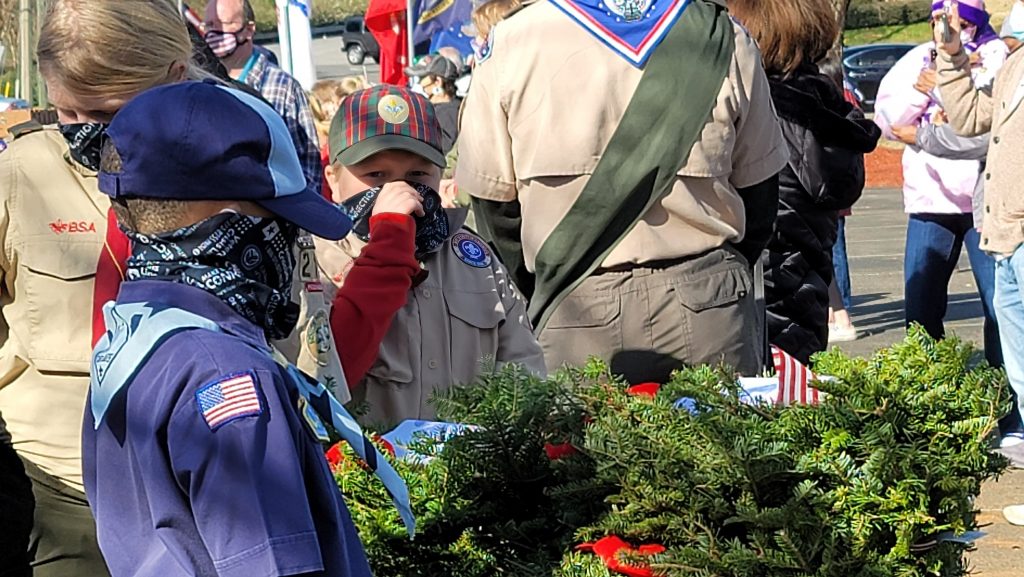 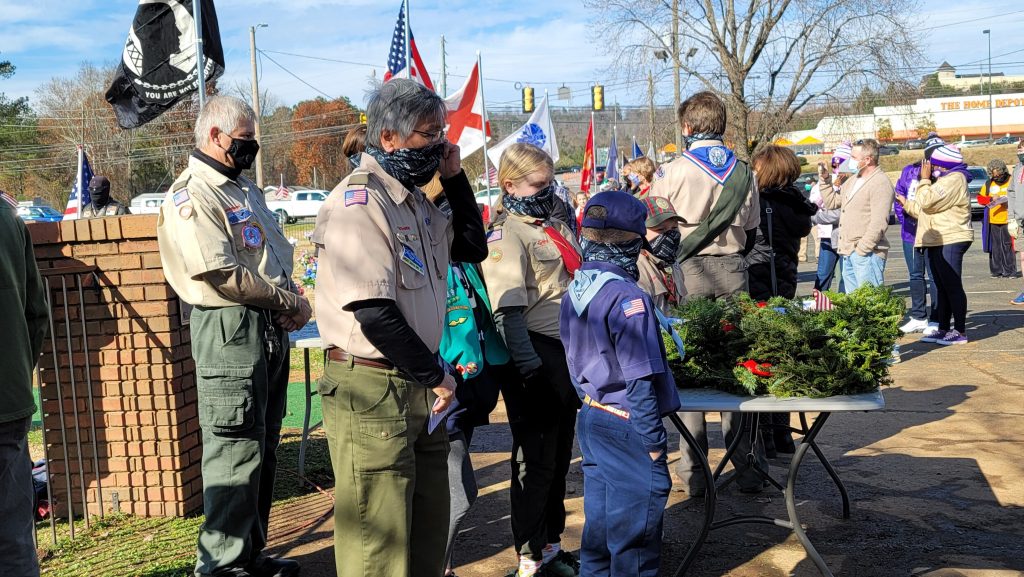 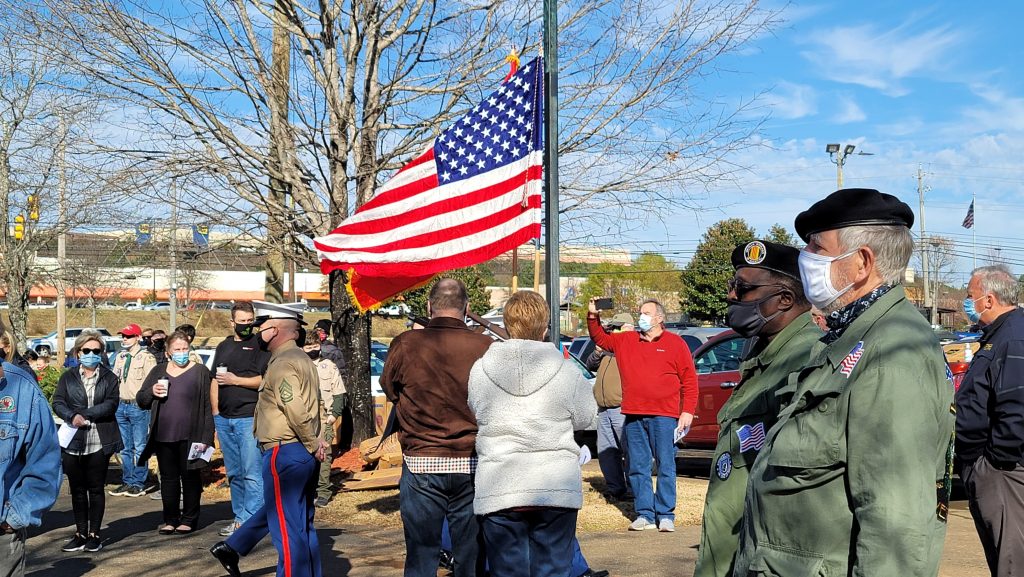 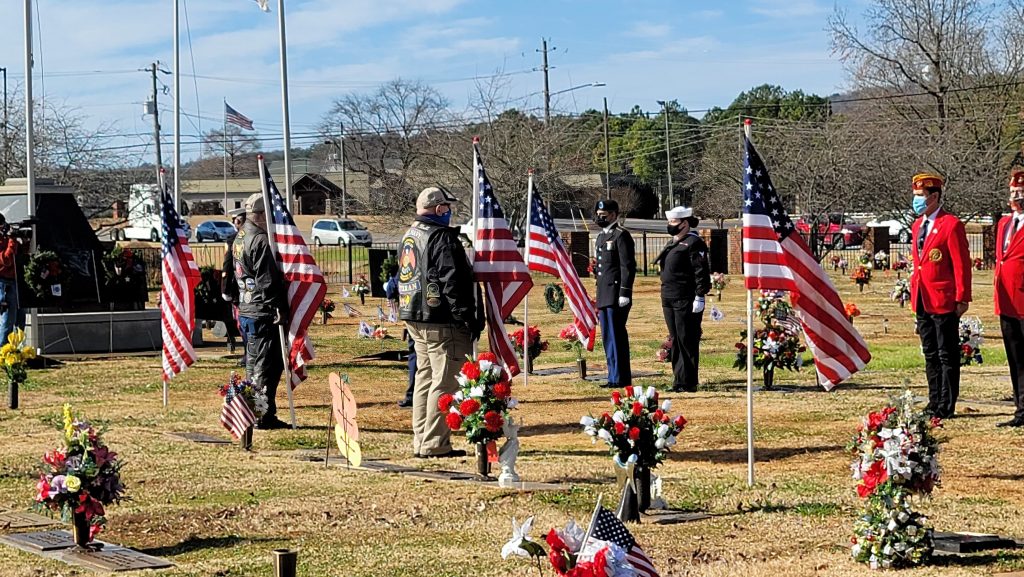 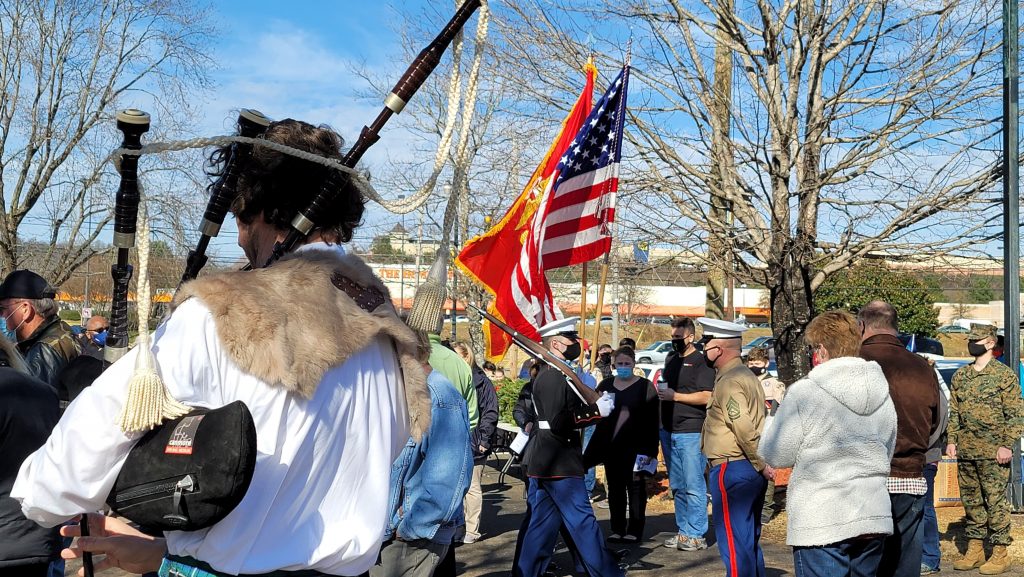 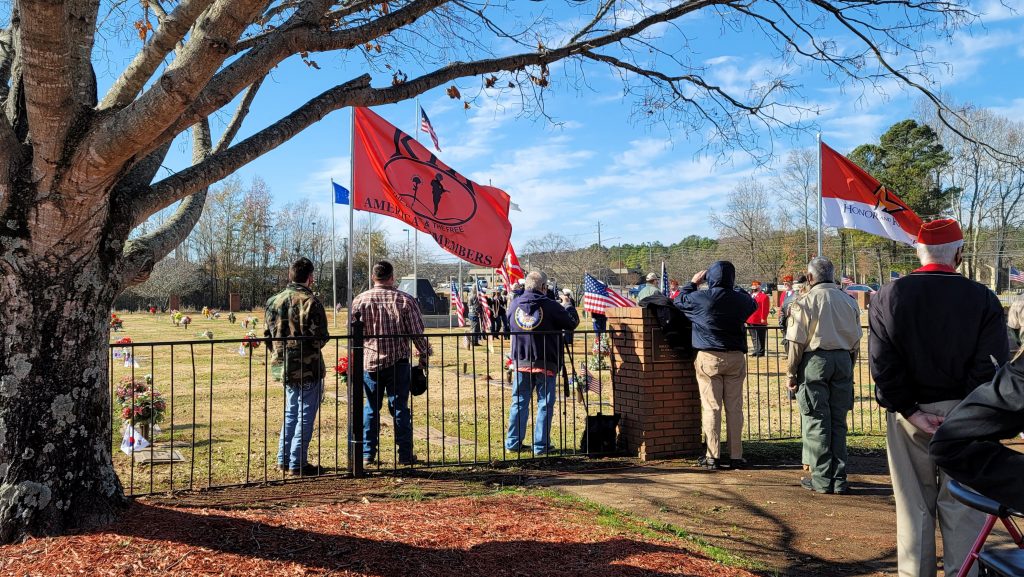 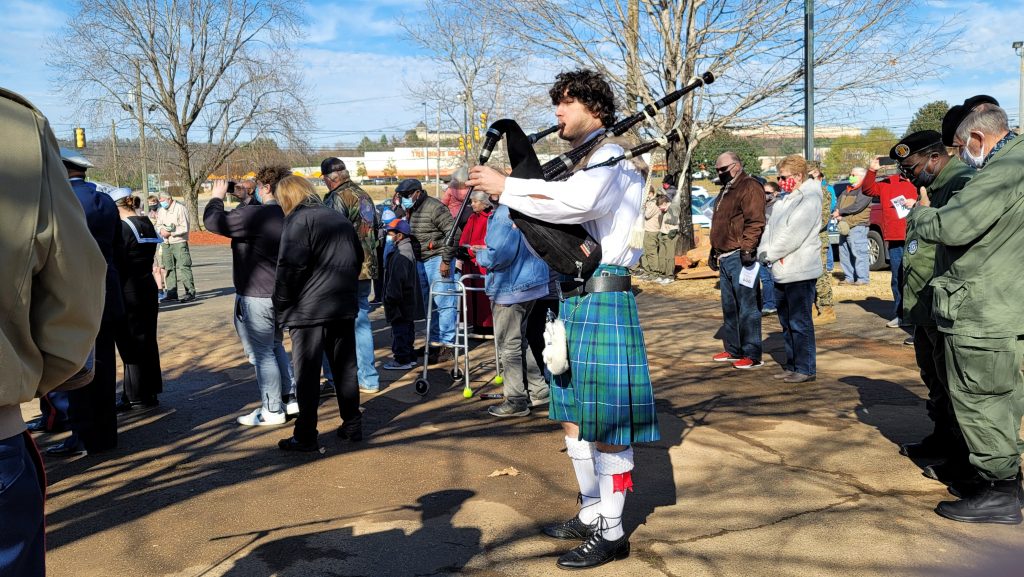 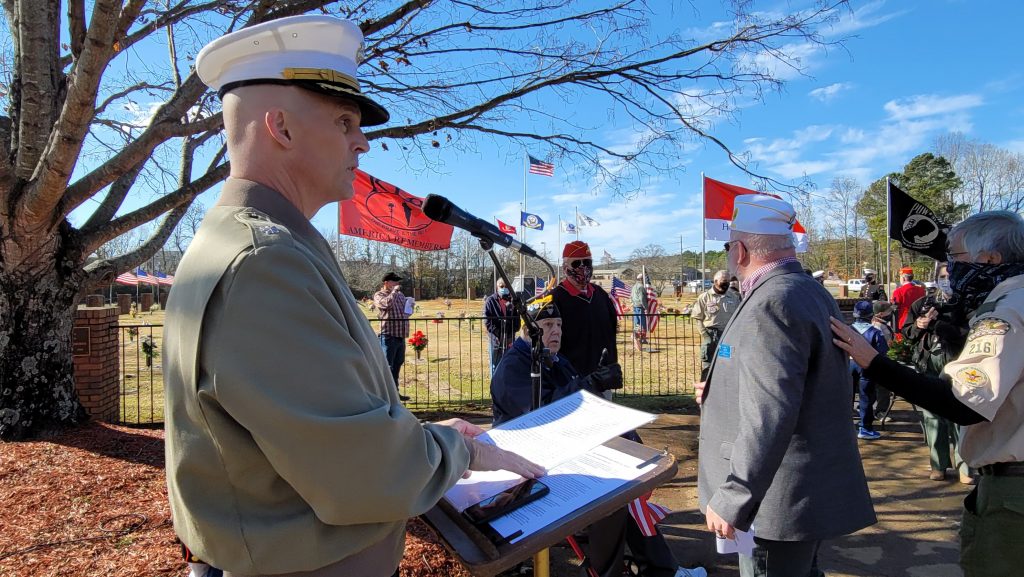 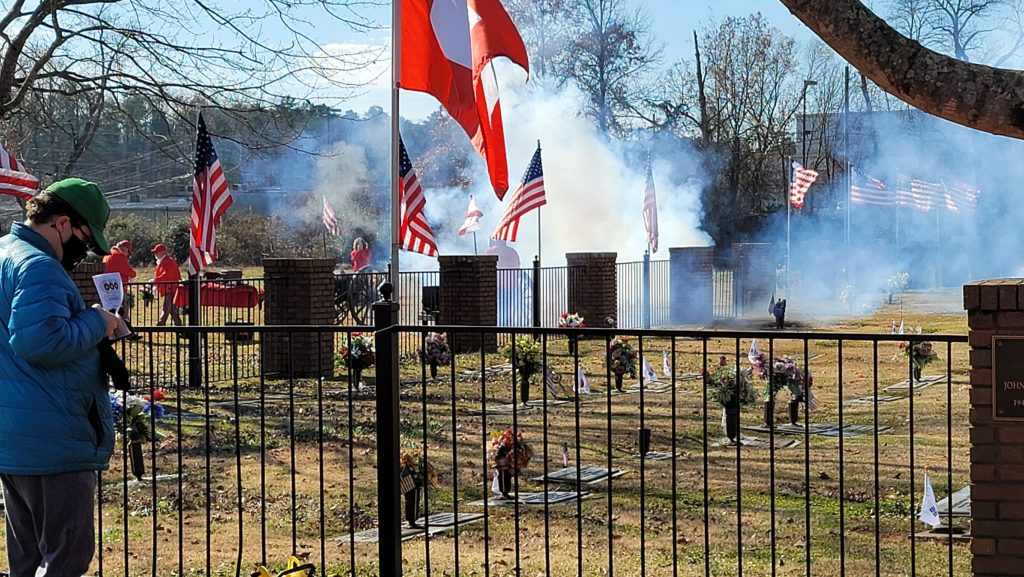 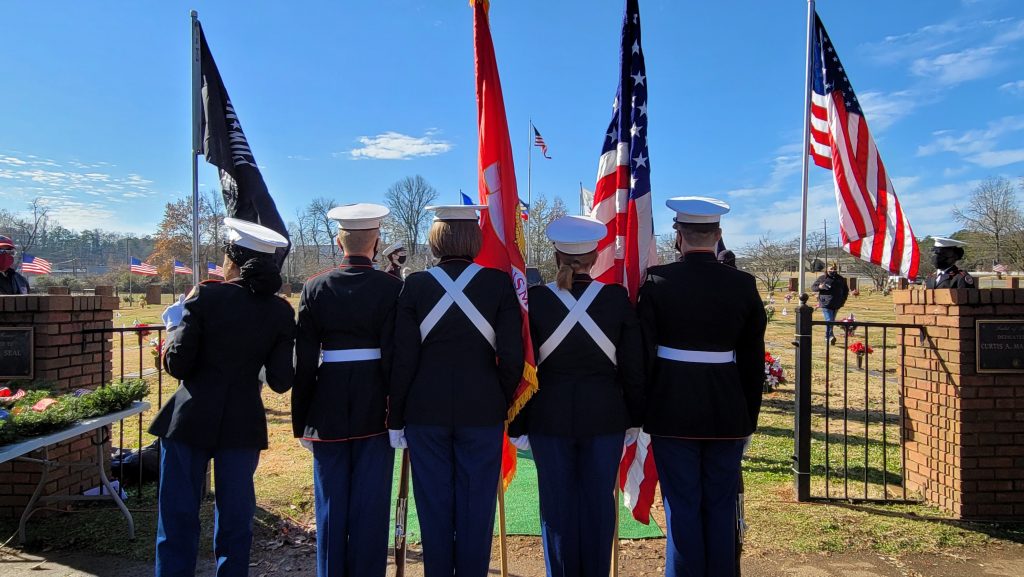 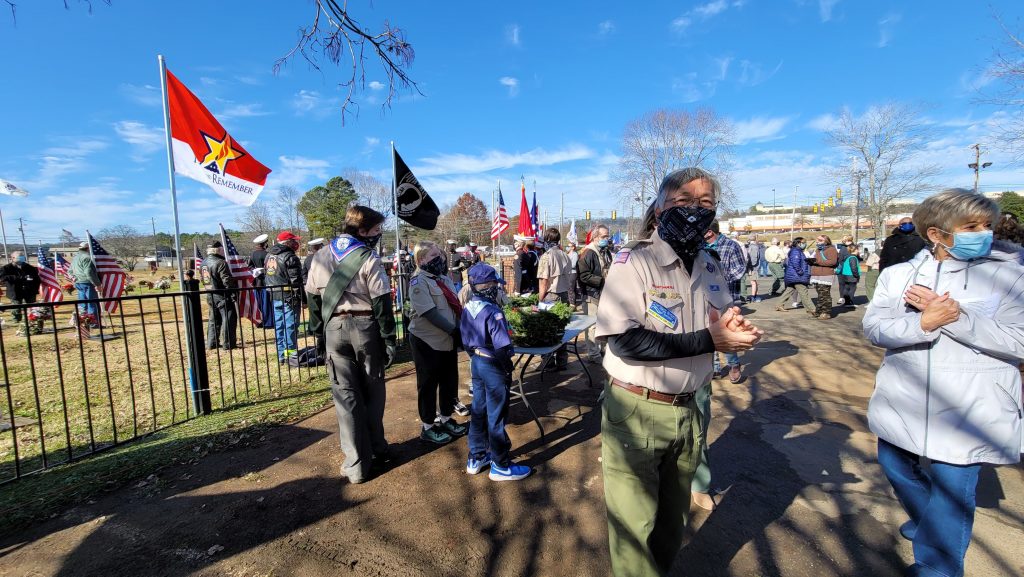 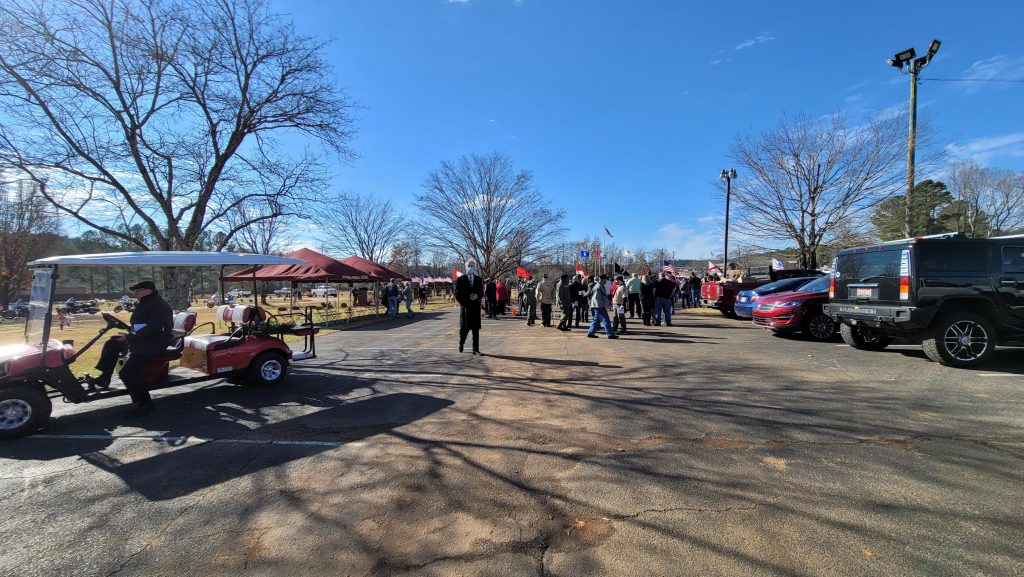