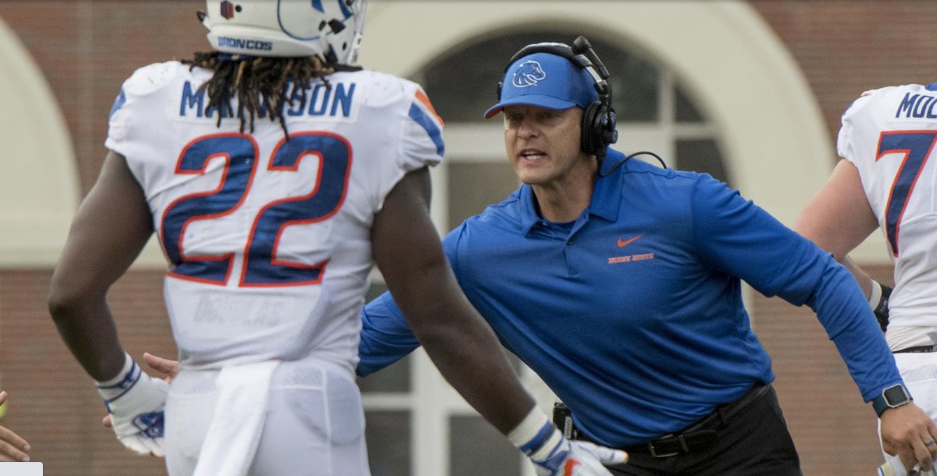 “I’m incredibly excited and humbled for the opportunity to be at a place like Auburn University,” said Harsin. “I knew it would take a special opportunity to get me out of Boise and Auburn is exactly that, the chance to compete at the highest level for one of the greatest programs in college football.”

A former Boise State quarterback, assistant coach and offensive coordinator, Harsin is 76-24 overall as a head coach – including one season at Arkansas State – and has directed his programs to bowl games each season. During his time at Boise State he led the Broncos to five 10-win seasons, seven consecutive bowl appearances and six MWC West Division Championships. This past season he led the program to a 5-2 mark and a trip to the MWC championship game.

Boise State also captured MW titles in 2017 and 2019, giving Harsin three in six seasons. In 2017, the Broncos capped the championship campaign with a 38-28 victory over Oregon in the Las Vegas Bowl. The Broncos concluded the year at 11-3 overall and ranked No. 22 in both the Associated Press and Coaches Polls.

The Broncos have won at least 10 games in five of Harsin’s six seasons, giving Boise State 17 since joining what is now known as the Football Bowl Subdivision in 1996. The total ranks second behind only Ohio State during that time.

The Broncos’ six-consecutive bowl appearances under Harsin runs the school’s streak to 18, tied for the nation’s fifth-longest.

Harsin and his wife Kes have two daughters, Devyn Lynn and Dayn Mykena, and a son, Davis.

“I have a tremendous amount of respect for the coaches and players in the Southeastern Conference, but am ready to help build a foundation at Auburn where we can consistently compete for championships,” said Harsin. “I want our program to make Auburn proud both on and off the field with consistent excellence.”