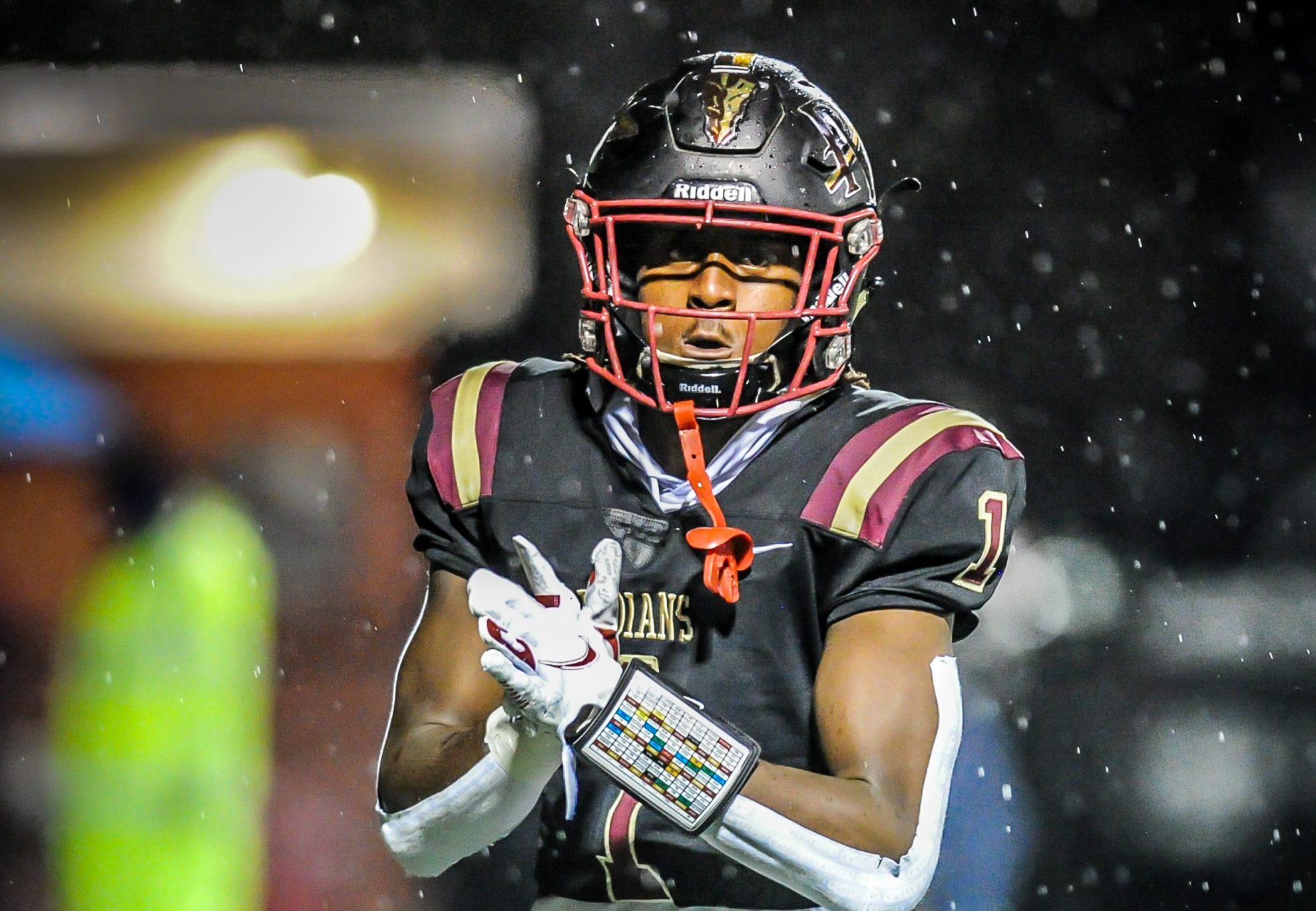 TRUSSVILLE — Despite the many challenges created by COVID-19, the Alabama High School Athletic Association found a way to conduct a full football season, complete with the 2020 Super 7 Championships in Tuscaloosa.

Games were canceled, schedules were changed and opt-outs were constantly feared, but the season limped along and thanks to the hard work and dedication of so many, the Class of 2021 has a senior season to remember. That incredible feat allows us to present the annual All-Tribune Football Team, which recognizes the top performers from across the Tribune coverage area.

See the complete 2020 roster below. 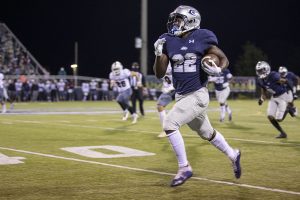 Clay-Chalkville running back Edward Osley (22) charges down the sideline on Nov. 6, 2020.
Photo by Ron Burkett

The senior righty led the Springville offense to the tune of 1,598 yards passing and 16 touchdowns to go with 1,055 yards rushing and 12 more scores in the school’s first season in Class 6A play.

In three years suiting up for the Huskies, Goodwin set the school’s career rushing mark with 3,367 yards in 26 games played. The LSU signee also set a record for career rushing touchdowns with 43. Goodwin closed out his record-breaking career with a big senior season: 152 rushes, 1,422 yards and 18 scores.

The 195-poind junior led Clay-Chalkville with 1,328 yards and 15 touchdowns on 176 carries this fall. He added another 19 receptions for 246 yards and two scores.

White is the proverbial big-play receiver, averaging 22 yards per reception (40 grabs for 877 yards) for the Cougars. He closed out his junior season with 14 touchdowns, including one as a punt returner.

Ruff led the Green Wave in receiving with 57 grabs for 887 yards and six touchdowns and added 17 carries for another 131 yards and a score.

Kelly has become a wanted man in the 2022 recruiting cycle, netting high-end offers from Alabama, Georgia, Auburn and more. The 6-foot-1 junior reeled in 39 receptions for 710 yards and seven TDs for Hewitt-Trussville this season.

Crum was a multi-year starter for the Indians at offensive tackle. The 6-foot-5 senior signed a scholarship to North Texas on Dec. 16.

Jones proved to be a devastating run blocker for the Eagles, recording 34 pancakes in nine games played.

The Leeds offensive tackle recorded more than 60 pancake blocks and allowed only a single sack on the season.

The senior was named Clay-Chalkville’s offensive MVP this year — his third season as a starter up front. 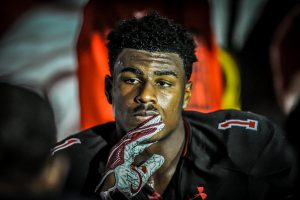 Double and triple teams couldn’t stop Finkley from getting into the opponent’s backfield this season, as he secured six tackles for loss and applied 24 quarterback hurries. The two-time ASWA All-State selection is expected to play in next year’s Under Armour All-American Game.

Dunklin was a tough assignment for pass blockers this season, as he led the Green Wave with 16.5 sacks and two defensive touchdowns. He finished his senior season with 96 total tackles.

The senior was a key cog in Pinson Valley’s stout 2020 defense. Peterson signed his National Letter of Intent to Troy University during the early signing period.

Perkins, a first-team All-State selection in Class 6A, contributed 7.5 sacks for the state championship-winning Tribe. The 6-foot-1 senior finished with 36 tackles and is committed to Air Force.

Harris earned defensive MVP honors after finishing with 74 stops, including four quarterback sacks for the Cougars this year.

The 5’11” senior led Hewitt-Trussville with 91 tackles this season. Berguson confirmed his nose for the ball with seven tackles and an interception in the North-South All-Star Game on Dec. 18.

Cain finished with 148 stops, including 10 tackles for loss while grabbing a pair of interceptions and as many fumble recoveries for the Green Wave.

Edwards signed to play with Georgia Southern after finishing with 70 tackles, four interceptions and a fumble recovery this season. Hewitt head coach Josh Floyd describes the senior linebacker as a ‘very versatile player.’

Alabama’s No. 1 recruit in the 2021 cycle pulled two-way duty as a defensive back and receiver to lead Pinson Valley to a Class 6A state championship. Although he wasn’t challenged often, McKinstry broke up 12 passes and added two interceptions, returning both for touchdowns.

The sophomore safety was, perhaps, the most disruptive player on the Leeds roster, providing 138 tackles, including eight tackles for loss to go with two interceptions, eight pass breakups and four force fumbles. Douglas also blocked five kicks and returned three punts for touchdowns.

An Ole Miss signee, Washington brings a blend of physicality and athleticism to the corner position. He pulled down a pair of interceptions this year while covering the opponent’s best receiver.

Sweeney provided run support from his safety position, stepping up for 50 stops to go with four interceptions for a salty Clay-Chalkville defense.

The sophomore cornerback tore down six interceptions for Center Point, returning one all the way back for a touchdown. Holloman also added 31 tackles and caught 34 passes for 651 yards four scores.

He was perhaps the most reliable player on the field. Van Winkle, in his fourth year on the job, delivered on all 54 of his extra point attempts and all eight of his field goal attempts, including a season-long 44-yarder for Clay-Chalkville.

Fells was a versatile weapon for Pinson Valley this year as a running back, receiver and return man. The first-team All-State recipient earned Tribune Player of the Week honors after running a pun 60 yards for a TD in the second round of the playoffs. 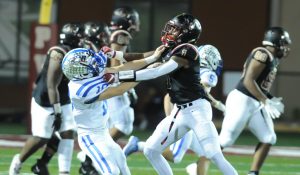 McKinstry, a 5-star Alabama signee, played on both sides of the ball to spur a third state championship run at Pinson Valley.

The senior earned Tribune Player of the Week honors three times this season (more than any other player). He was also named the MVP of the Class 6A state championship game after pulling in the game-winning touchdown reception and followed with another MVP showing the following week at the Alabama-Mississippi All-Star game, where he recorded two INTs and three receptions.

McKinstry ended his senior year with 40 grabs for 616 yards and 10 offensive scores. He also returned two interceptions for touchdowns to go with 12 pass breakups.