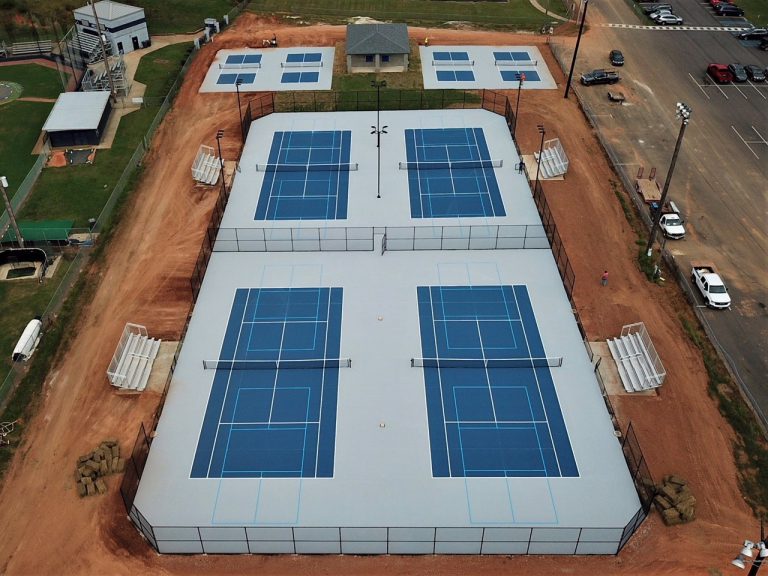 CLAY — Big news for the city of Clay was announced at the city council meeting held on Dec. 22, 2020. City Manager Ronnie Dixon informed the council that the city of Clay was chosen to host Alabama’s first pickleball tournament, which will be held the week of Spring Break, March 25-28, 2021. The city opened its four pickleball courts, as well as four new tennis courts, in August 2019. “I have an exciting announcement,” Dixon said. “The city of Clay has been chosen to host the first annual Alabama open in pickleball. I think it’s our first real opportunity to have something that we can create that will be on par with the Butterbean Festival as we grow into it. I don’t know yet how many participants there will be. Of course, with it being an open tournament, anyone can sign up for the age groups.”

Dixon told the council that he would like its approval to begin contacting sponsors for the event.

“What I’d like to do … is to start contacting sponsors, as well as food vendors,” he said. “In order to keep the people who come, the participants to come in Clay, we set up – for lack of a better term – a food village using food trucks and tents; vendors like come to the Butterbean Festival. Also, bring in some of the restroom trailers so that we don’t have either the guests or the participants allocated to just our concession stand restrooms and then Porta Potties.

“I’ve already talked to the carnival people to book them to go into the Lichtenstein property like they’ve been doing every year in the spring. So, I believe if we do that and use all of that connected land, we can still use the elementary school parking lot for parking, but the grass areas behind the library and to the left of the new softball field, we can set up those areas so that there can be rest areas, air conditioned tents or heated – you never know March 25 whether you’re going to need heat or air – but I think it’s a good opportunity for us to set up something, and also showcase what all y’all (the city council) have done as far as tennis and pickleball.”

Dixon said that the city will have a “big push” to get covers on the pickleball courts before the tournament.

“We’ve been through a four- or five-month ordeal now with one steel company that was recommended by Alfa and now they’ve even agreed that this has taken too long,” Dixon said. “We need to move on and make sure we get it done.”

The city already has the funds in place to cover the work through grants the city previously received from the Alabama Senate and House of Representatives, as well as the Center Point Fire Department.

The dredging project at Cosby Lake is now complete, and all that remains is for the turbidity curtains to be removed.

“If you’ve been by Old Springville, you’ve noticed that the construction site is torn down,” Dixon said. “The barge is gone, the boat is gone. The curtain is still in the water, and that’s to make sure that the filtration stays in place. If you look on the far side of the yellow curtain, you’ll see the water is back to its blue color, and Shadow Lake is back to its blue color. They’ve tested all the way to the headwaters of Turkey Creek, so everything has passed all their inspections. We still don’t have the survey; they said it would probably be the first of the year now, to make sure that we have the levels that they were shooting for, and they’ve still got a little bit of cleaning up. … I think it’s going to look really nice and have all the depth that we needed to keep that alga from growing.”

Councilor Dennis Locke reminded the council that it was their second meeting of the month, and therefore time for the city to award its $500 school grants.

“The pandemic has been extremely hard on everybody, and certainly the schools and the teachers and the administrators,” Locke said. “So, I was having a conversation with (CCHS Principal Michael Lee) and one of the things I wanted to propose to this group … what we talked about was, because of the fluctuating schedules and the enormous load that’s on the teachers right now, it’s been a little more difficult – especially for the middle and high school – to get the applicants in, because that’s just one more thing they have to do, even though they benefit from it. Their focus is on the students, where it needs to be.

“And so, what we’re going to do, if this group is OK with it, is in the absence of a formal applicant from a teacher, we’re going to award it to the principal and then they will report back to us how they used those funds.”

Mayor Charles Webster and the council unanimously agreed to this decision.

“With that said, I do have two formal grants to award, and then we’ll award the middle school and the high school to the principals,” Locke said. “For Clay Elementary, for the first time, we actually had a fifth-grade team make a request. That’s Mss. Payne, Jenkins, Stith and Miles. The funds will be used to purchase updated dry erase boards for four classrooms. The ones they have today are very old; they are extremely difficult to clean, so they don’t use them much because of that.

“… Now the challenge here, and they didn’t ask this, but they’re $194.99 a piece. So to get four of them, that would be $779.96. So, I would like to ask that we give them the full amount to get these four boards, and just say that they will not exceed a cost of $800. That will cover any kind of shipping or anything like that.”

Locke offered a motion to award the grant for the fifth-grade team for up to $800. The motion passed unanimously.

Subsequently, the council awarded a $500 grant to Bryant Elementary School’s Karen Eddleman (Math) to purchase additional manipulatives and $500 grants each to the principals of CCMS and CCHS.

Under Unanimous Consent, the council passed the following resolutions:

The next meeting of the Clay City Council will be Tuesday, Jan. 12, 2021, at 6 p.m. This meeting is planned as an in-person meeting at Clay City Hall.