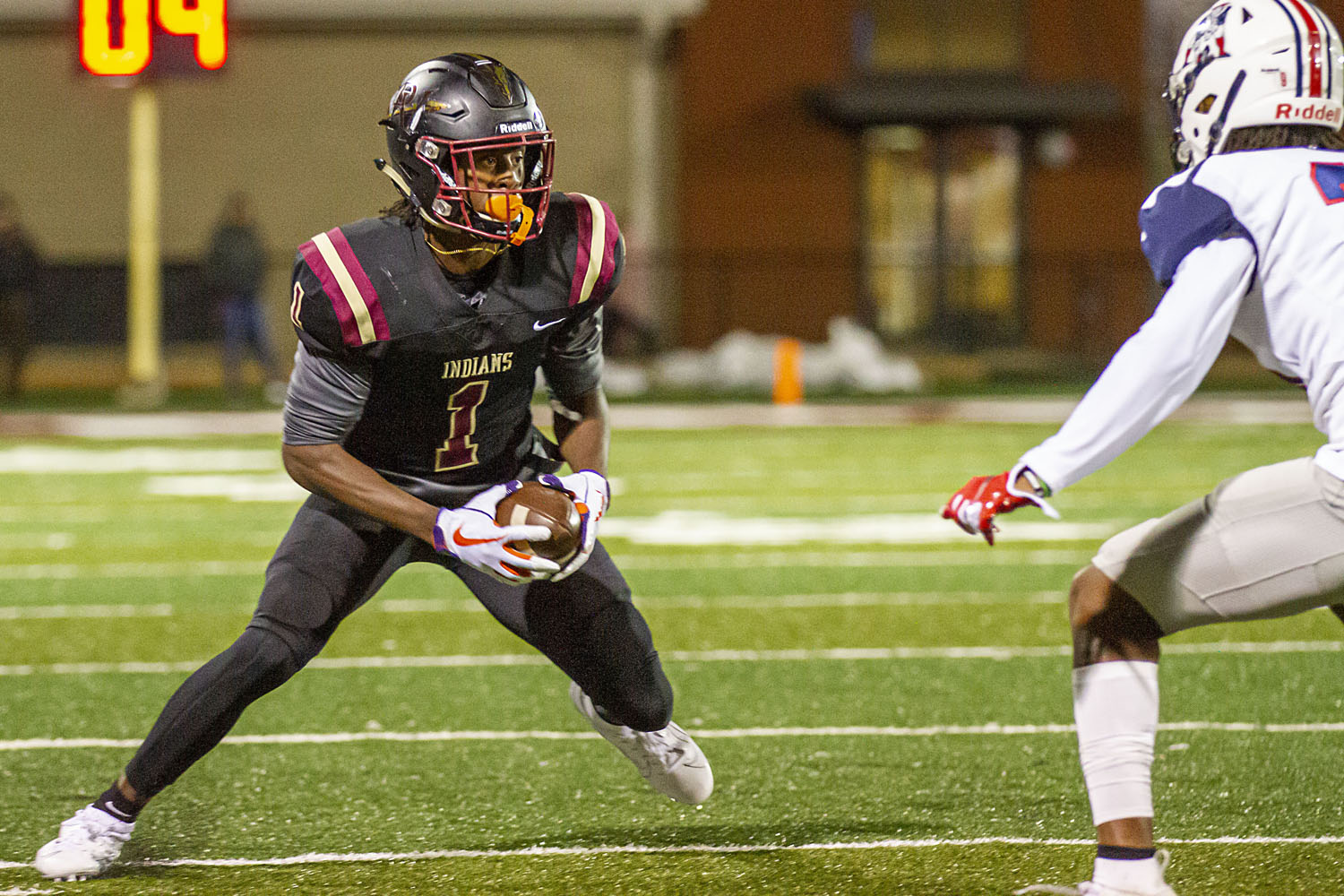 ASWA announces Back and Lineman of the Year award winners

PINSON — The postseason honors continue to roll in for the Class 6A state champion Pinson Valley Indians.

On Tuesday night, the Alabama Sports Writers Association released its Back and Lineman of the Year awards in each classification, and Pinson Valley was on the list.

Indian senior and Alabama signee Ga’Quincy McKinstry has been named Back of the Year in Class 6A, winning over Reginald Davis of Lee-Montgomery and Trey Higgins of Oxford. The first-team All-State selection also grabbed Tribune Player of the Year honors after catching 40 passes for 616 yards and 10 touchdowns to go with a pair of interceptions returned for touchdowns this season.

McKinstry was instrumental in the Indians’ climb to the state championship, earning MVP honors in the 23-13 finals win over Spanish Fort in Tuscaloosa. On that night, he reeled in five receptions for 89 yards, including the 52-yard go-ahead score in the fourth quarter.

McKinstry, the top senior prospect in the state, plans to enroll early at Alabama, where he will join the No. 1-ranked recruiting class in America. The 5-star cornerback remains in the running for Mr. Football, which will be announced later this month.

LINEMAN OF THE YEAR

BACKS OF THE YEAR