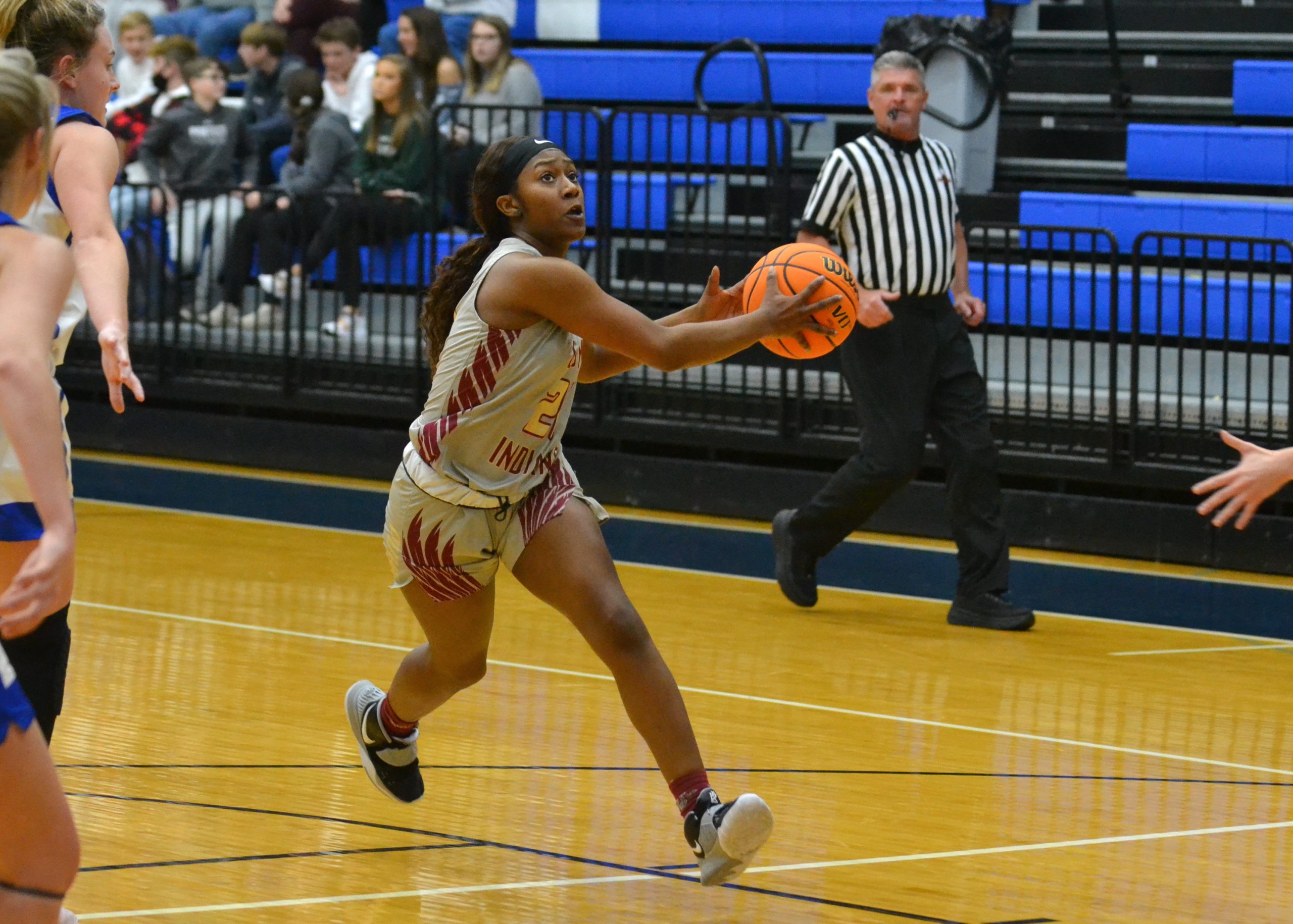 A Pinson Valley guard drives in for a layup during a game at Mortimer Jordan on Jan. 5, 2021. Photo by Erik Harris

KIMBERLY — The Pinson Valley girls could not find an answer for Mortimer Jordan’s defense on Tuesday night and eventually fell by a count of 68-28 in the Class 6A, Area 12 opener for both teams.

The Blue Devils forced several turnovers throughout the first three quarter before handing it over to junior varsity players in the final frame.

Mortimer Jordan point guard Bellah Machen started strong, aiding a 17-4 run in the opening period. Her Blue Devils went to the second leading 18-6 and later carried a 35-14 advantage into the break.

Machen was great in transition Tuesday night and also knocked down a pair of 3-pointers to lead all scorers with 20 points in the win. Sarah Kanaday was particularly accurate from beyond the arc, connecting on five 3-pointers to spur an 18-point outing. 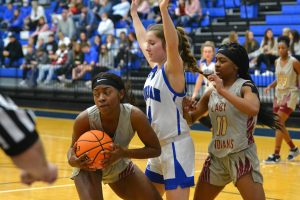 The Indians will return to their home floor Thursday night against area foe Clay-Chalkville.