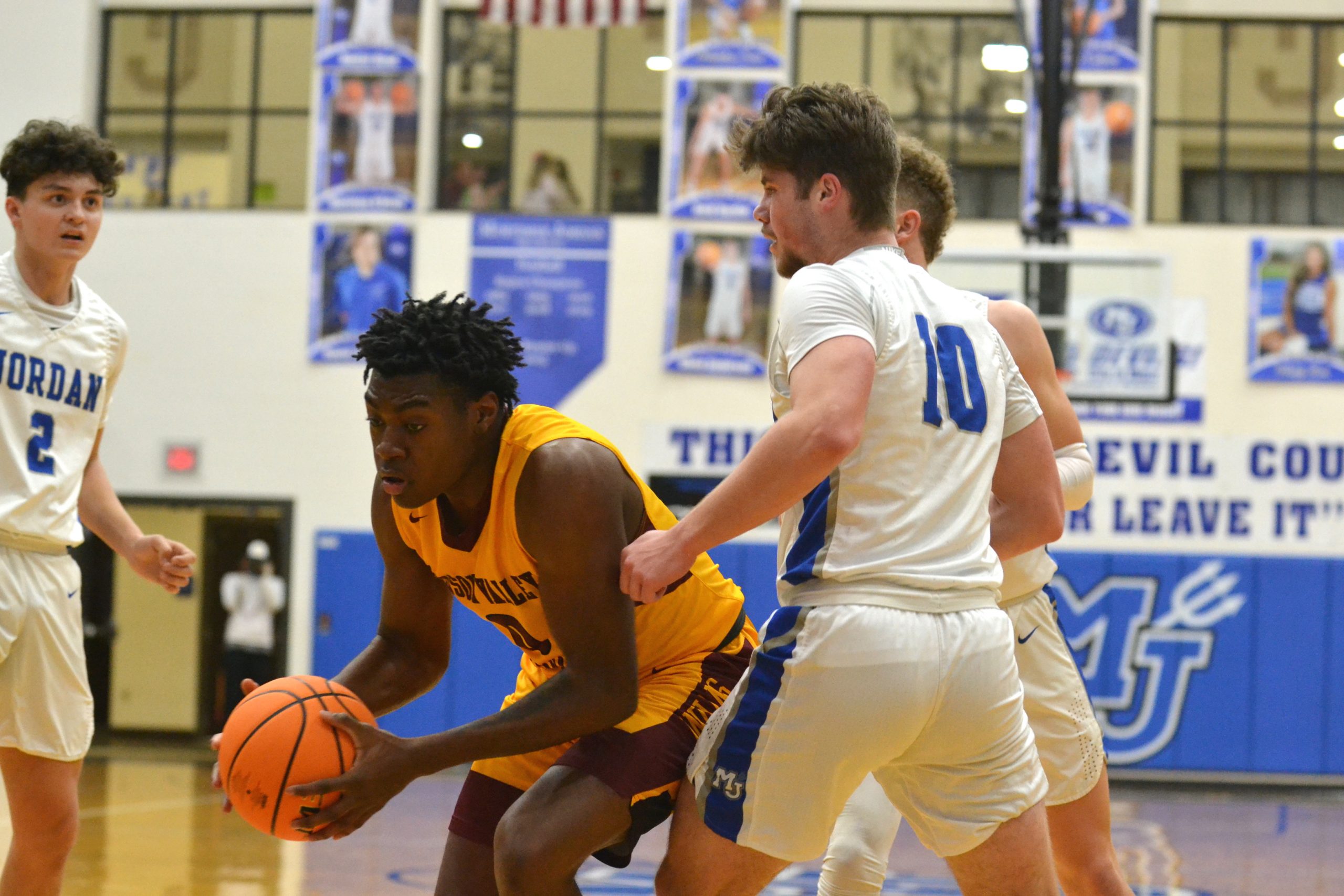 Pinson Valley senior Moe Calloway (0) works inside during a road game at Mortimer Jordan on Jan. 5, 2021. Photo by Erik Harris

KIMBERLY — It took them about eight minutes to get warmed up but once the Pinson Valley boys settled in on Tuesday night, there was no stopping them.

The third-ranked Indians (8-2, 1-0) allowed only nine points throughout the final three quarters of play, as they charged on to a 55-23 road win over Mortimer Jordan in the Class 6A, Area 12 opener for both teams.

“I knew Mortimer Jordan was going to be a tough team,” said Pinson Valley head coach Darrell Barber. “What we’ve been preaching to our guys is defense and we held them to zero points in the second quarter and nine throughout the second half, so that’s the thing I’m most proud of and it’s always good to get an area win.”

After trailing 14-12 at the end of the first quarter, Pinson Valley revved up the defense, which led to more offense. Senior point guard JoJo James started the second frame with a triple that put his Indians back in front at 15-14. The visitors never looked back. 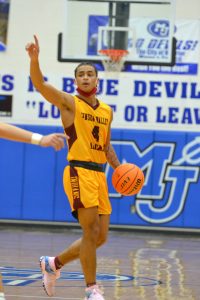 Pinson Valley senior JoJo James sets the offense during a game against Mortimer Jordan on Jan. 5, 2021.
Photo by Erik Harris

Pinson Valley guards Joshua Williams and Terry Coner followed with two more deep makes that stretched the lead to double digits midway through the second. The Tribe pitched a second-quarter shutout and went to the break leading 31-14.

Barber pointed to strategic adjustments as the key to his team’s defensive brilliance.

“We didn’t have any film on them — this is our first year playing them — so once we kind of caught on to what they were doing, we were able to switch… and because we’re so athletic, that allowed us to be able to switch at all positions and I think it just kind of wore them down,” said Barber.

With the stops piling up, James took command of Pinson Valley’s offense. Mortimer Jordan defenders were unable to keep him in front and James took advantage with several drives to the basket on his way to a game-high 19 points.

“He’s been in this program for three year playing with Kam (Woods) and Kool-Aid (McKinstry), so he knows what it looks like and once he got going, we realized they couldn’t stop him so I wasn’t going to go away from him,” said Barber of James.

The Indians continued to attack in the third quarter, starting the period on a 7-0 run and ultimately winning those eight minutes 15-3. Leading 46-17, Pinson Valley turned it over to younger players in the fourth, and freshman guard Caleb White took advantage with 10 points.

Coner also finished with 10 points for the visitors.

The Indians are back in area play on Thursday night when Clay-Chalkville travels in.