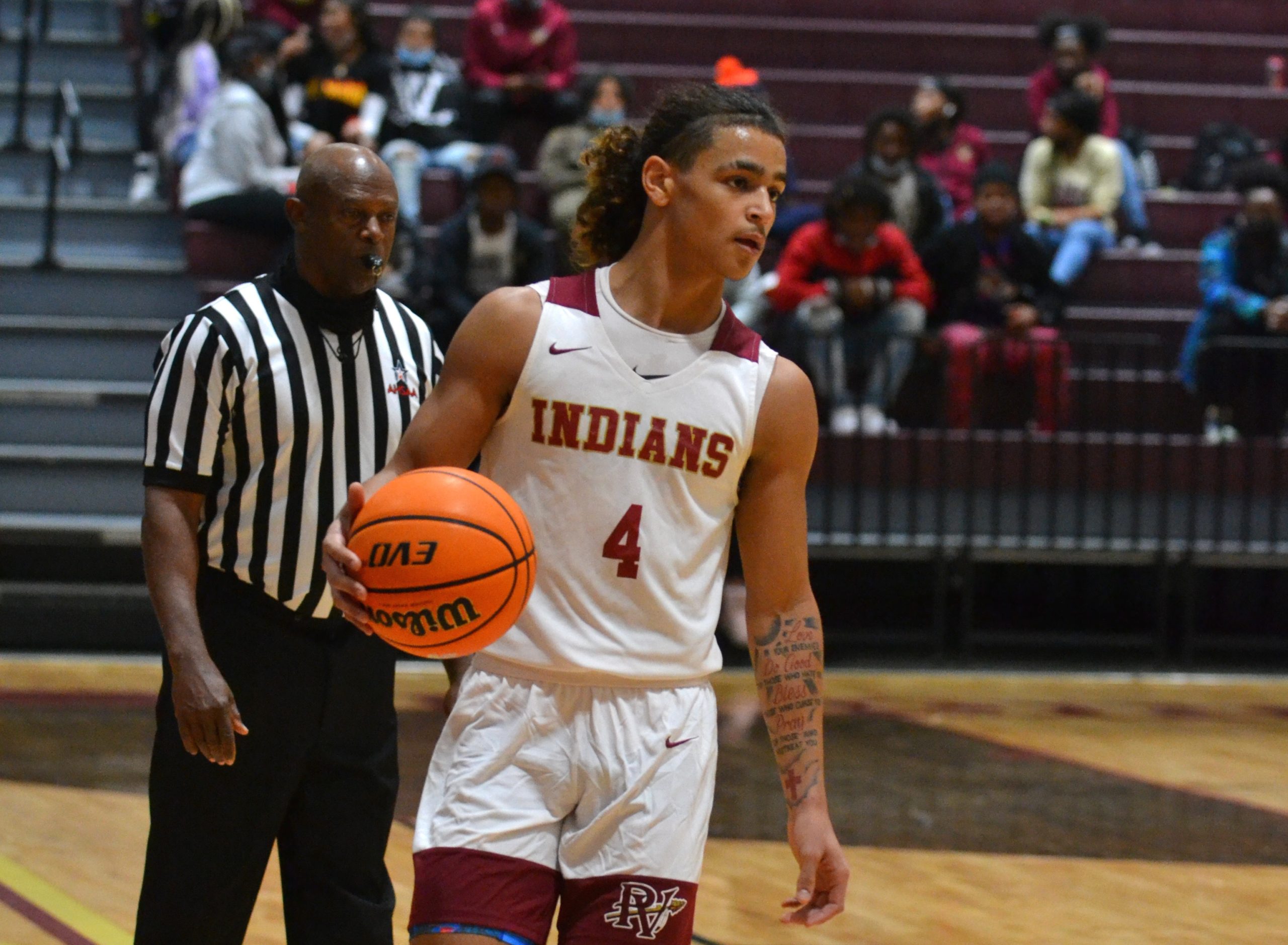 Big second half lifts No. 3 Pinson Valley over Clay-Chalkville 61-39

PINSON — The No. 3-ranked Pinson Valley boys basketball team claimed its second area win of the week on Thursday night.

Crosstown rival Clay-Chalkville (9-4, 0-1) made the short trip over, as the Indians scored 37 second-half points en route to a 61-39 victory in Mike Dutton Gymnasium.

The visiting Cougars defended well in the first half, leading 12-10 through the first eight minutes and later going to the break down 24-18. However, they struggled to defend the perimeter down the home stretch while Pinson Valley buried six second-half triples to stretch things out of reach. 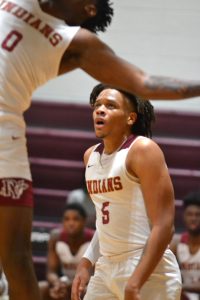 Pinson Valley senior Joshua Williams (5) watches as Moe Calloway goes up for a dunk on Jan. 7, 2021.
Photo by Erik Harris

James matched his Tuesday output at Mortimer Jordan with 19 points on Thursday. He gave the Tribe its first advantage at 6-5 midway through the first with his first of four 3-point makes. His final triple came with 5:25 remaining in the fourth quarter when Williams drove inside and kicked it to the right wing for a 47-29 cushion.

Williams dished out another assist to Calloway moments later, and the senior flushed it home with a powerful dunk for a 50-33 edge.

For Clay-Chalkville, Jonathan Harris went home with 11 points in the loss.

Pinson Valley is back in Class 6A, Area 12 play next Tuesday night at Gardendale. The Cougars hope to bounce back in league play next Friday night when Mortimer Jordan travels in.